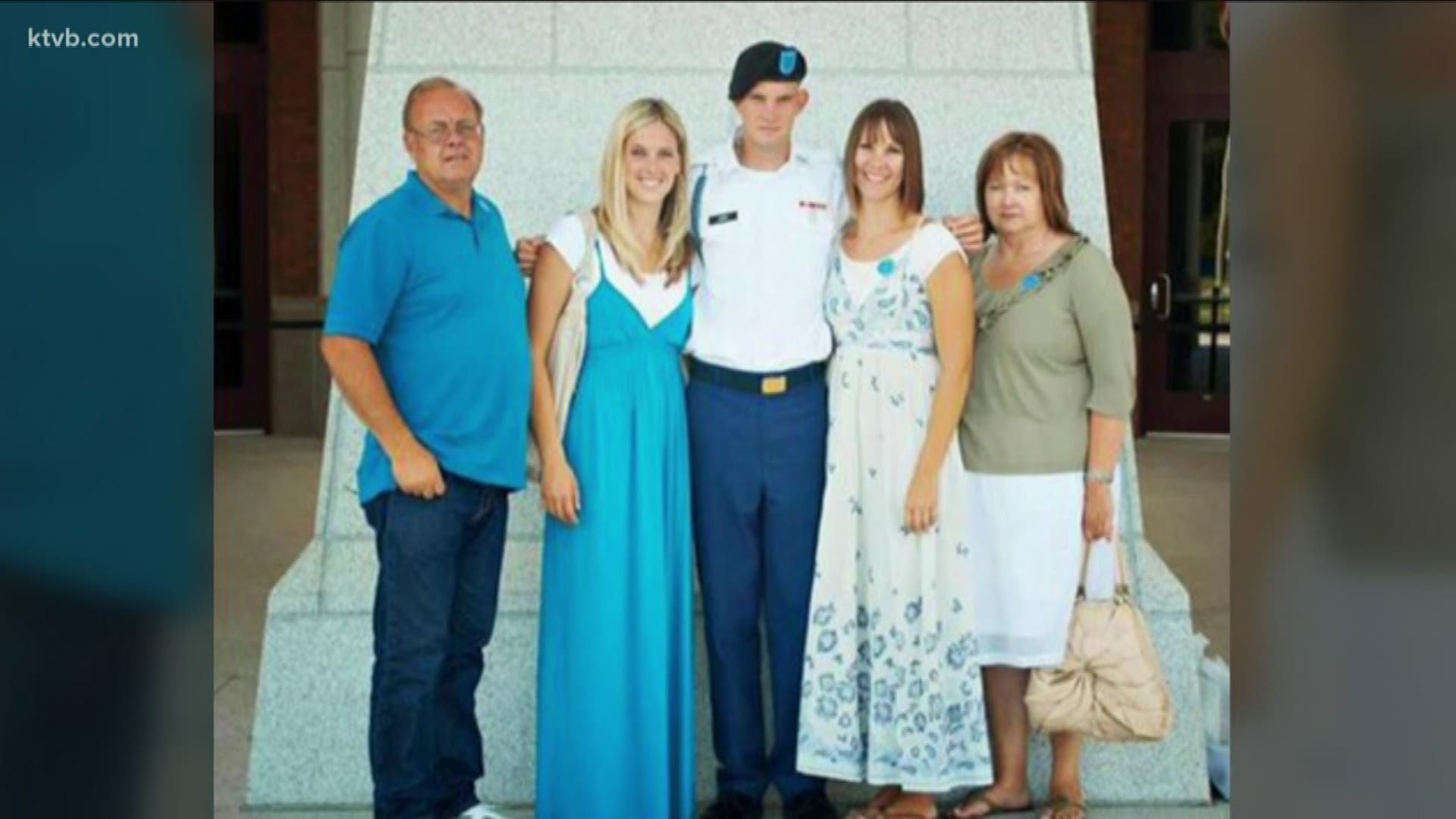 BOISE, Idaho — All U.S. and state flags in Idaho will fly at half-staff Saturday to honor an Idaho Green Beret killed in Afghanistan last month.

U.S. Army Sergeant First Class Dustin Ard, 31, died during combat in Zabul Province Aug. 29. Ard left behind a 3-year-old daughter and his wife, who is pregnant with the couple's son.

RELATED: US service member from Idaho killed in Afghanistan

"I want to express my sincerest condolences to the family of Sgt. 1st. Class Ard," Little said. "Ard leaves a legacy for all Idahoans of strength, service and loyalty to this great nation. Please join me by honoring him on September 14. As you see flags at half-staff that day, take a moment to reflect on the great sacrifice Ard and his family have made in service to the United States of America."

The soldier's father, former Ammon Mayor Bruce Ard, wrote on Facebook after his son's death that Ard was "a great son, brother, father, and husband."

"My heart has a hole so big I can hardly stand it," Bruce Ard wrote. "He was the finest young man I have ever known."

More than 2,400 American service members have died in Afghanistan since the U.S. invaded the country in 2001 in an attempt to topple the Taliban.