“On the first, we tripled what we normally do on the first this year,” said Jennifer Miller, who manages a fireworks stand in Nampa. 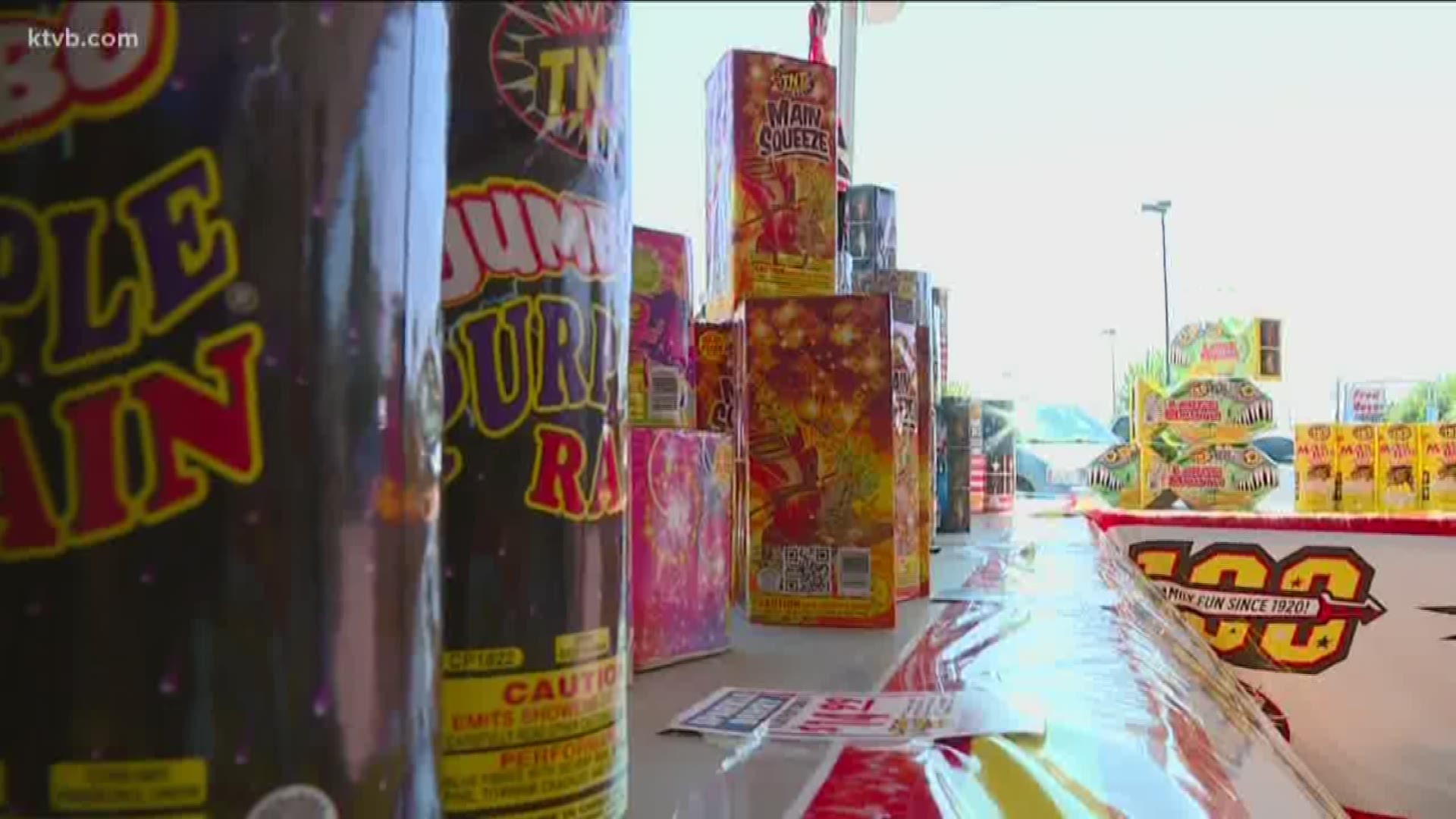 BOISE, Idaho — With many local Fourth of July events and fireworks shows canceled because of COVID-19 pandemic, some people are turning to fireworks stands.

While it may not be exactly the same experience as watching a full-blown professional fireworks display, some folks apparently think it will have to do in a pinch.

“We're actually seeing some brisk sales this year across the board among consumer fireworks,” said James Fuller, a safety expert for TNT Fireworks, one of the largest fireworks distributors in the nation.

And they’re not the only ones seeing an increase in sales.

He too has seen sales skyrocket, but it's still early. The bulk of his sales happen the day before, or on, the Fourth of July.

RELATED: What can you do this Fourth of July in Idaho?

It's not all good business though. Palomarez told KTVB the pandemic in China affected his merchandise, which means he doesn't have as much inventory as he's had in the past 11 years, and that's a change that customers will see and feel.

“A lot of our supplies have been cut short," he said. "So, where we've ordered 20 cases in the past, we've only gotten maybe five. It's made things tough and people will notice that there is going to be a price increase.”

Jennifer Miller has managed the TNT Fireworks stand in Nampa for eight years. Since COVID-19 canceled most of the local Fourth of July celebrations, business is booming.

“On the first, we tripled what we normally do on the first this year,” Miller said.

The increase in sales is something Discount Fireworks Superstore, which has locations in Meridian, Nampa, Kuna and Caldwell, appreciates since part of its sales go toward nonprofit organizations.

Last year, according to Anchor Baptist Church pastor Gail Graves, they cleared about $7,000 dollars for charities. This year, they've added more locations and so far, have also seen a hike in sales.

“This year the Fourth falls on a weekend which always boosts firework sales,” Graves said.

If you're wanting to see an aerial show from your backyard, TNT Fireworks told KTVB they have an augmented reality app for that.

He adds that a portion of their sales also go toward nonprofit organizations.

RELATED: 'This risk is simply too high': McCall will not hold Fourth of July fireworks show this year