The 28th Annual Firefighter Stairclimb saw 2,200 firefighters gear up and climb to raise money for the Leukemia and Lymphoma Society. 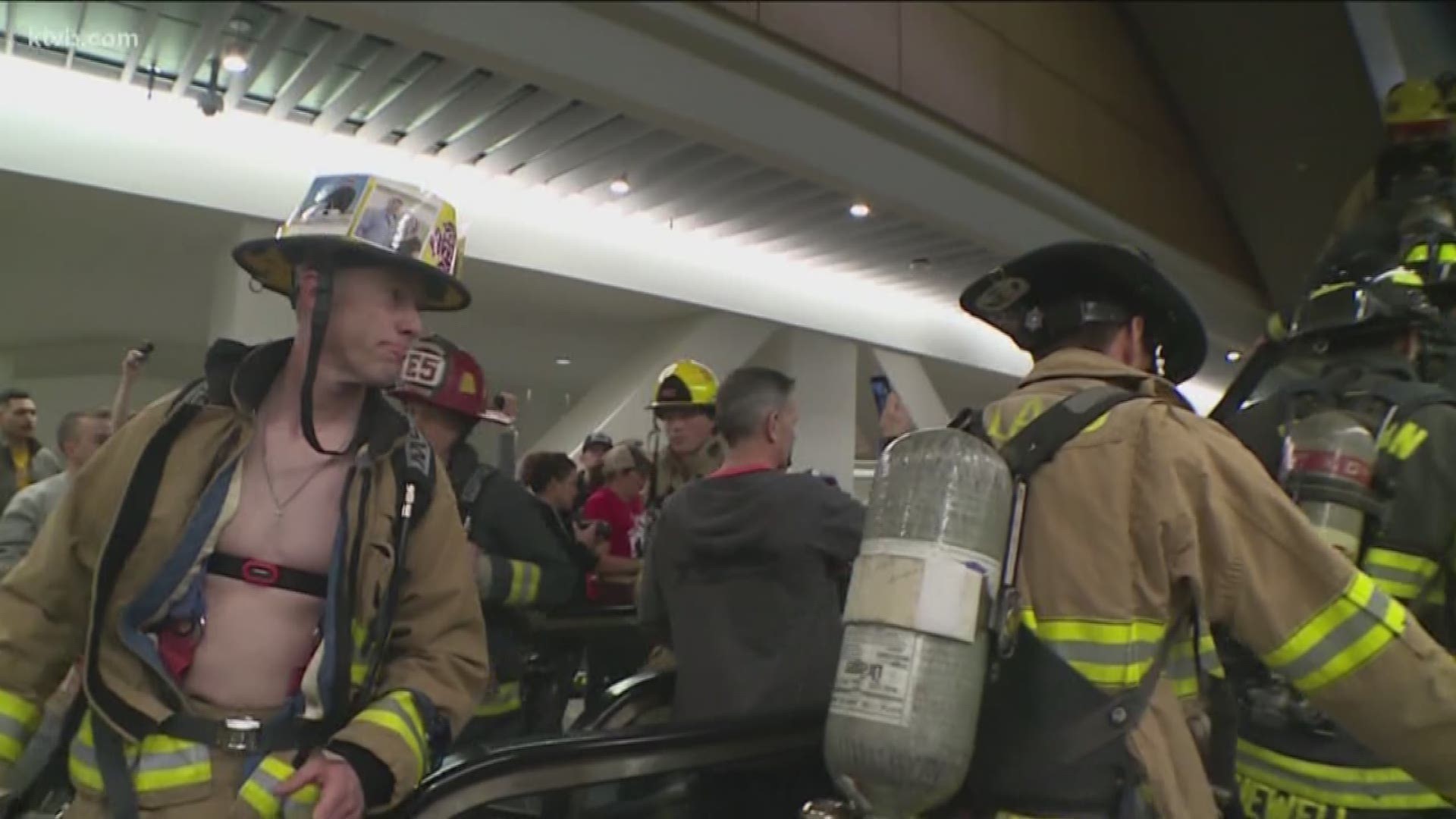 BOISE, Idaho — Firefighters from around the country and Idaho geared up in Seattle for the 28th Annual Firefighter Stairclimb to help raise money for the Leukemia and Lymphoma Society.

The event saw 2,200 firefighters gear up and climb 69 flights of stairs, or 1,356 steps, at the Columbia Center in Seattle.

"We do that in full turnouts and on air with our air packs and helmets just as we'd go into a building that was on fire, that's how we'd climb the tower," Boise firefighter Dereck Bohan said.

RELATED: Mountain Home breast cancer warrior a beacon of encouragement for others

It was quite the challenge for the firefighters, but they say it is nothing like the challenges of those living with leukemia or lymphoma face on a regular basis.

"It was tough, it's always a really tough climb, but us doing 15-20 or 30 minutes of climbing, it pales in comparison to the kids and the people battling these blood cancers," Bohan said.

"My son has leukemia so it's pretty near and dear to my heart while I'm climbing," Jones said. "It's a pretty emotional climb for me as I'm going up, I'm looking at pictures the entire way up and those that are fighting."

KTVB talked to Jones' son, Max, last year after he was first diagnosed with leukemia. He now has 14 months of treatment left before he's done.

"The stair climb team logo, Max has his own logo it says 'Mighty Max' and underneath it, it says never a victim, always a fighter," Jones said. "It's very humbling to see how many good people there are out in the world."

The Boise Fire Department has participated in the Firefighter Stairclimb for 13 years and raised more than $500,000 since starting. Their goal this year is to raise $100,000. As of Sunday, they've raised more than $82,000. You can donate here through the end of March.

Firefighters from Meridian, Eagle, Star, Caldwell, Nampa and other cities across Idaho also participated in this year's Firefighter Stairclimb.