Dozens of firefighters from surrounding areas responded to the Willow Fire, which is about 140 acres in size. 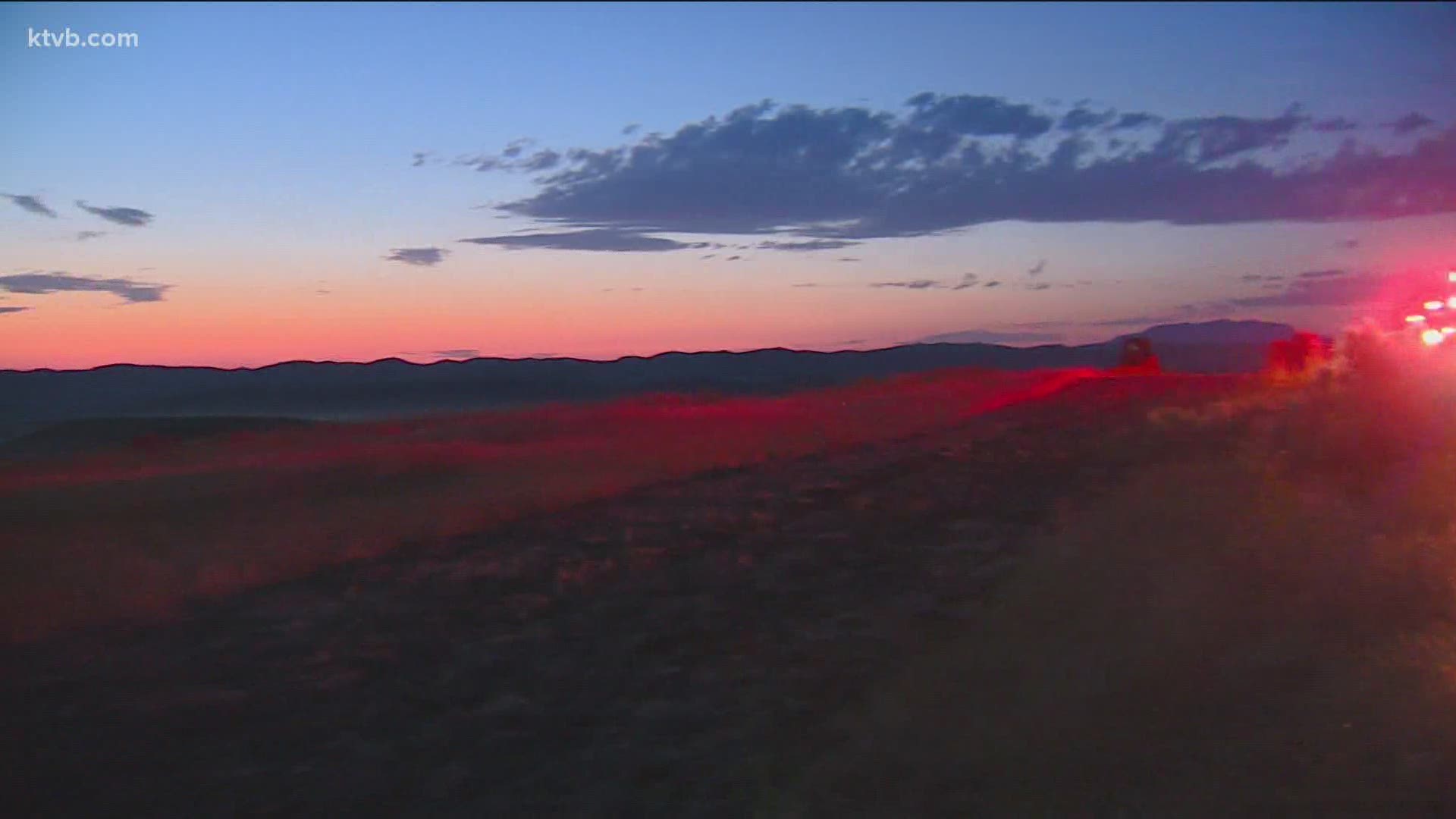 According to Ada County Dispatch, more than a dozen units from Eagle, Boise, Meridian, Star, Middleton, Boise County and Gem County responded to the fire, which was first reported at about 7 p.m. off of Willow Creek Road. The progress was stopped early Friday morning.

The Bureau of Land Management was also on scene, according to spokesman Jared Jablonski.

The fire has burned about 140 acres so far, Jablonski said. Crews have stopped the fire's progression and are hoping to have it fully contained by Friday at noon.

There are structures in the area, but none are threatened.

The BLM has ordered air support to drop retardant on the fire.

An Ada County dispatcher said there is a road closure at the intersection of Chaparral and Pearl roads.

#BLMBODFire and multiple fire departments have stopped the progress of the Willow Fire, east of Highyway 16, at 140 acres. Estimated containment tomorrow at noon and estimated control Saturday at 8pm pic.twitter.com/UBU4ipx1uc

Credit: Jared Jablonski / BLM
Fire crews on the scene of a brush fire north of Eagle.