Fiancé of Meridian woman killed by concrete truck: 'It plays in my head every day'

Sandy Hernandez was walking to work at the Ustick Road McDonald's when she was struck Tuesday. 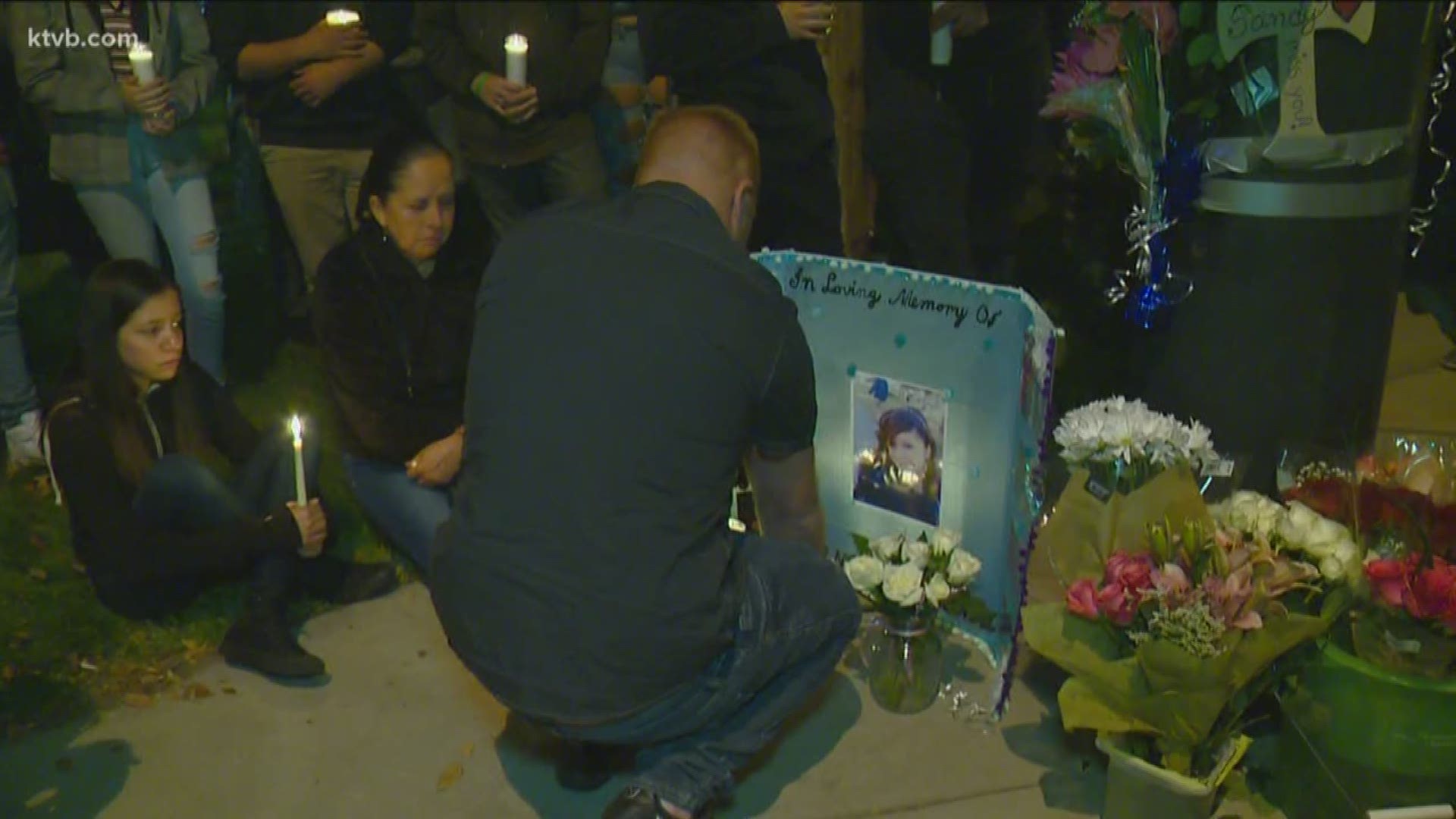 MERIDIAN — Sandy Jacqueline Hernandez called her fiance Tuesday afternoon before she started getting ready for work.

The couple had a lot to talk about. They were planning a wedding for June 2019. They had just purchased a car together and were saving up money for the 26-year-old to take a driver's education course, so she could get her license and could finally stop having to catch rides or walk everywhere.

Josh Swetlend said he almost always talked to Hernandez as she walked to her job at the McDonald's on the corner of Eagle and Ustick roads. He wanted to make sure he got there OK.

They argued, briefly, over something unimportant, he recalled. He made her laugh.

Meridian Police say Hernandez was walking south in the crosswalk at Eagle and Ustick Road when she was struck by a concrete truck's right tire. The phone was still to her ear, with Swetlend listening on the other end.

"She said 'please, babe, help me' and I heard a little bit in the background and that was it," he said.

Instantly, Swetlend knew something terrible had happened. He rushed to the intersection, praying to find his fiance alive with just bruises or even broken bones.

"She was already in the ambulance, but the cop said she was barely hanging on," he said.

Hernandez was taken to Saint Alphonsus Regional Medical Center, where she died from her injuries.

Police say the concrete truck was making a right turn from Eagle Road onto Ustick when it hit Hernandez. The truck driver, a 46-year-old man, has not been cited.

Meridian Police Deputy Chief Tracy Basterrechea said investigators are still waiting on crash reconstruction reports. Police previously said they do not believe drugs or alcohol were a factor in the crash.

MORE: Coroner identifies Meridian woman who died after being hit by concrete truck

Swetlend said he was certain his fiance had not done anything wrong before she was hit: Hernandez was vigilant about crossing streets with the signal, and lectured him about his own occasional jaywalking.

"It plays in my head every day," he said.

He described Hernandez as a loving, family-oriented woman who visited her mother every Thursday and delighted in playing with Swetlend's young niece and nephew. She was shy enough to duck away from cameras when someone tried to take her picture, but loved Spanish music and dancing, often dancing along in the car as Swetlend was driving.

Her brother, sister, and both parents live in the Treasure Valley.

By Thursday, a small memorial had sprung up at the intersection of Ustick and Eagle Road. A cardboard sign reading "Rest In Peace Sandy" was taped to a pole, along with pink and red flowers.

Swetlend said he has been told police are still investigating the crash, but hopes someone is held responsible for her death.

"She was my everything," he said. "My rock, my queen. She was everything."

Hernandez' family has started a GoFundMe page to help pay for her medical expenses.