On Friday, a federal judge ruled that the Idaho Oil and Gas Commission and the State Department of Lands violated the Constitution by forcing property owners to sell their mineral rights for oil and gas development. 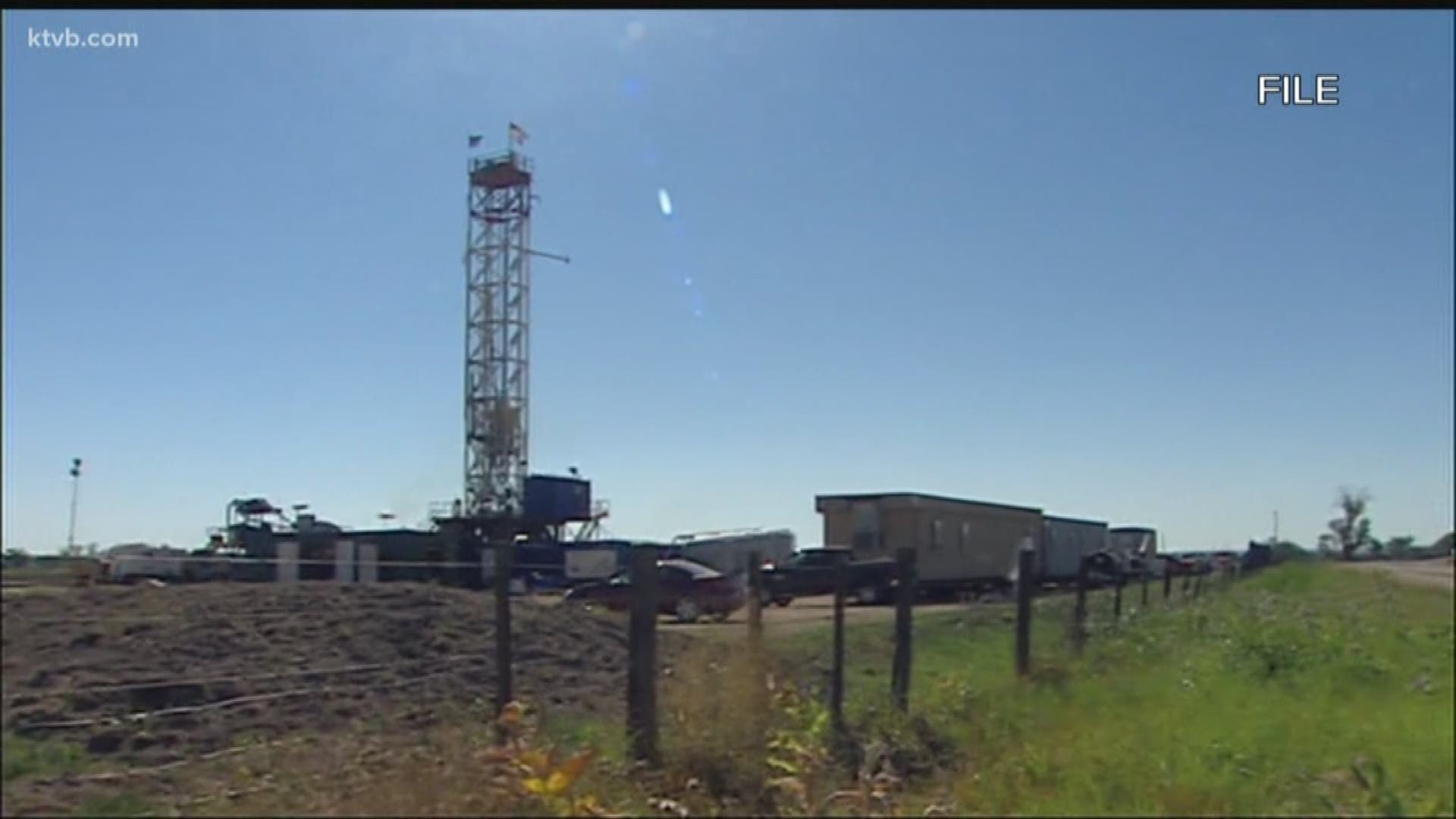 FRUITLAND, Idaho — A group of Idaho landowners are celebrating what they see as a huge victory.

On Friday, a federal judge ruled that the Idaho Oil and Gas Commission and the State Department of Lands violated the constitution by forcing property owners to sell their mineral rights for oil and gas development.

"The issue here is that out-of-state oil and gas companies have been allowed to come into our state and lease and aggressively drill for oil and gas in our communities in close proximity to our homes, schools, hospitals, and churches," said Shelly Brock.

Brock is the President of Citizens Allied for Integrity and Accountability, or CAIA, the group that sued the state.

James Piotrowski represents CAIA and says residents in Payette County were force pooled into selling their land for oil and gas development.

"It's when an oil or gas company comes in and says we want to drill for this oil and gas only it’s underneath the land of a whole bunch of people," Piotrowski said. "What state law allows the Oil and Gas Conservation Commission to do is force those people against their will to let somebody else take your oil and gas and sell it and give you a pittance."

Brock says the risks of drilling so close to a community outweighs any potential profits.

"There are thousands of incidents of oil and gas wells exploding, catching fire, pipelines exploding," Brock said. "We know that a lot of the emissions that flare off wells and through pipelines are carcinogenic, which is very dangerous for health."

Along with health and safety concerns, Residents force pooled into selling their mineral rights were only given a signing bonus of $100 and an eighth of a percentage of royalties.

A federal judge ultimately agreed on behalf of the landowners.

Mineral rights under your land are a form of property and the state of Idaho can’t force a landowner to sell it without due process.

"So, that's going to be a big change going forward as the state continues to try and figure out how to manage oil and gas development," Piotrowski said.

The Idaho Department of Lands denied our request for an interview but stated via email, "The oil and gas commission will review the judge's decision and evaluate its options."