The CARD Team is made up of investigators who specialize in child abductions and mysterious disappearances of children. 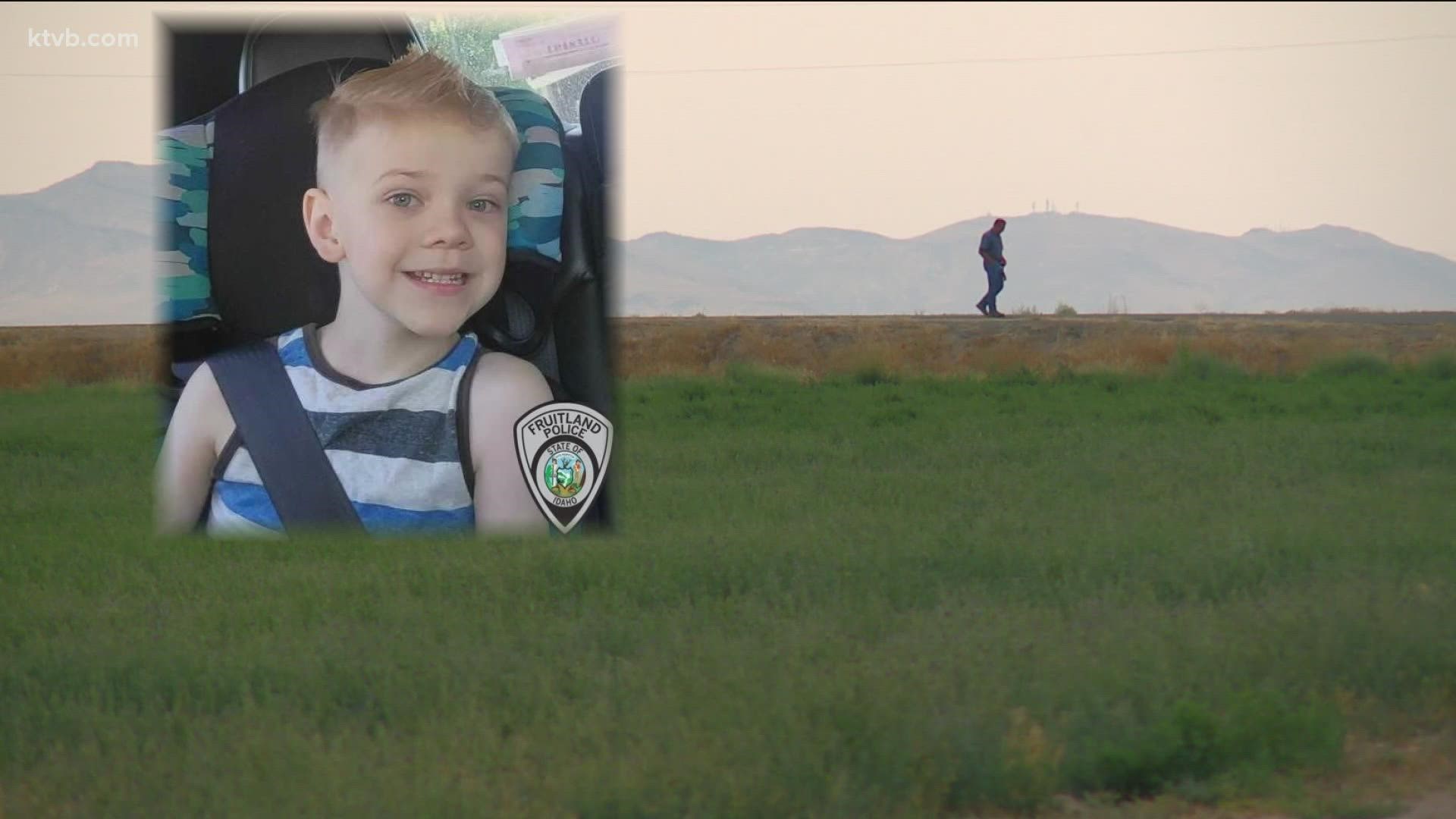 FRUITLAND, Idaho — Resources from the Federal Bureau of Investigation were deployed within hours of five-year-old Michael Vaughan's disappearance from his Fruitland neighborhood, according to federal officials.

Sandra Barker with the FBI said in a statement that the bureau has been helping the Fruitland Police Department since Michael Vaughan went missing more than three weeks ago.

The FBI's Child Abduction Rapid Deployment Team was deployed to help in the search, according to Barker. The CARD Team is made up of investigators who specialize in child abductions and mysterious disappearances of children.

The FBI has also "provided investigative, forensic and technical assistance, including behavior analyses."

"The search for Michael is a strong collaborative effort among federal, state and local law enforcement agencies with one goal: to recover Michael and bring him home," Barker said in a statement sent to KTVB.

Michael has blond hair, blue eyes, is about 3-foot-7 and was last seen wearing a blue Minecraft t-shirt and dark blue briefs near Southwest 9th Street and South Arizona Avenue in Fruitland on July 27.

Barker emphasized that anyone who has any information about the case into Michael's disappearance to call Fruitland Police Dispatch at (208) 642-6006.

On Thursday afternoon, the Fruitland Police Department gave an update on the joint search for Michael.

Fruitland police said tips are still streaming in from across the country and investigators have spoken with people from multiple states.

"Investigators from each agency bring, not only the highest level of training and expertise but true compassion and commitment to finding Michael," Fruitland police said in a statement.

A canine team from the Idaho Mountain Search and Rescue is now focusing on spots along the Snake River in Oregon. Marine patrols will continue to be directed to spots on the Snake River as needed.

"We remain hopeful that we will be able to, at some point, provide answers and bring Michael home. Until that day, we stand steadfast in our belief that we live and serve a caring and supportive community, that we're surrounded by dedicated professionals lending their expertise to finding one small boy, and that those things combined will enable us to bring Michael home," officials wrote.

Correction: A previous version of this article misstated the CARD Team as the Child Abduction Rapid Development Team in the headline. This has been updated to reflect this correction.