Idaho State Police are investigating a fatal accident that happened just after 4 a.m. in the westbound lanes of I-84 near Cole Road. 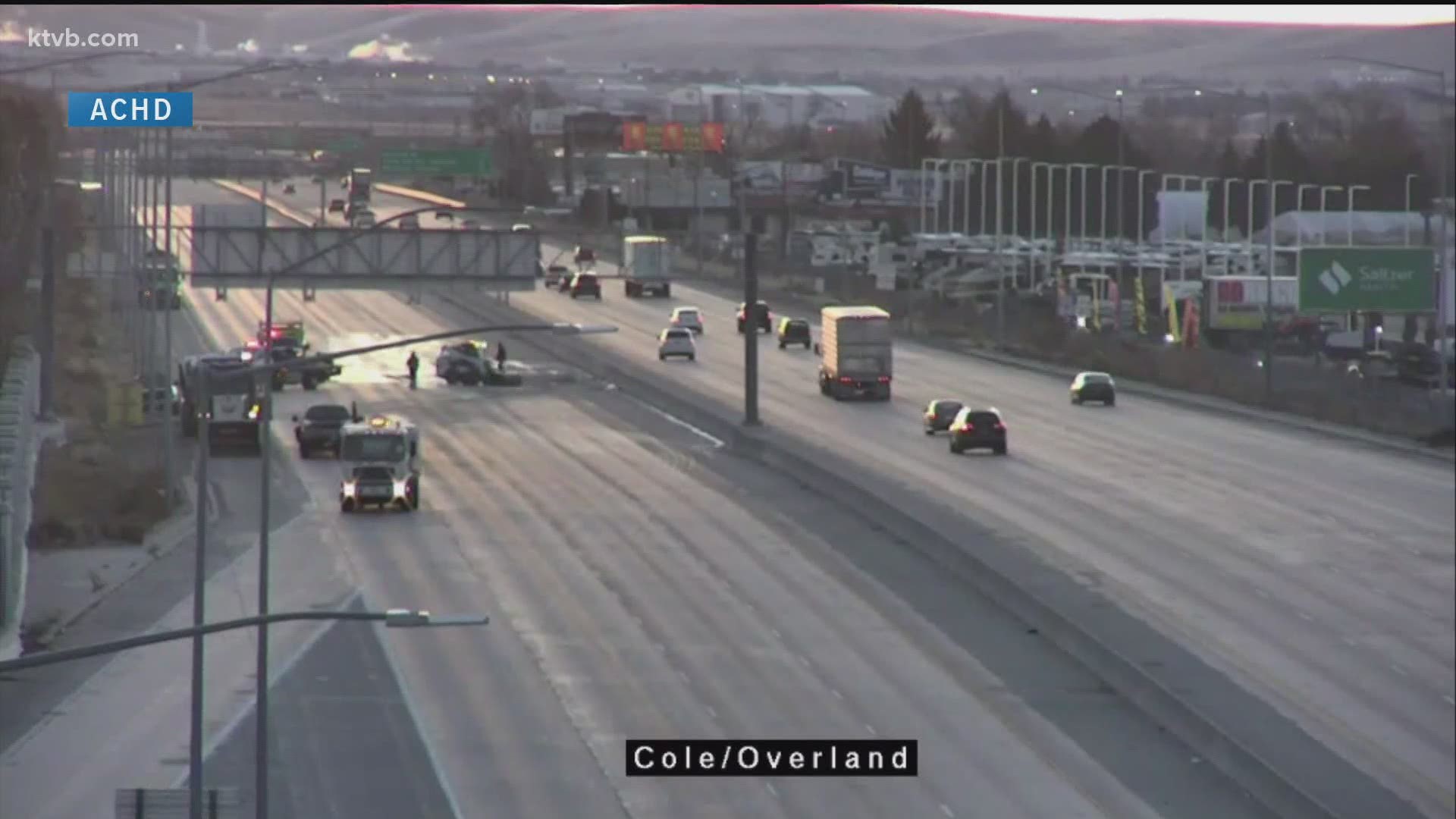 It happened at milepost 50 near the Cole Road exit around 4:11 a.m. and involved a semi-truck and a car. The impact of the crash caused the vehicles to catch fire.

According to ISP, David Baerwaldt, 66, of St. George, Utah, was driving westbound in a 2016 Peterbilt semi towing two trailers. The semi was struck head-on by a 1997 Saturn SL driving eastbound in the westbound lanes.

Police say Baerwaldt was wearing his seatbelt and transported via ground ambulance to St. Luke's Regional Medical Center in Meridian. His condition has not been released.

The driver of the Saturn died from his injuries at the scene of the crash. The driver was later identified as 32-year-old Kuna resident Corben Ball.

All westbound lanes on I-84 near Cole Road were closed for about four-and-a-half hours while crews worked to clear the scene. All lanes were open again by 8:30 a.m.