The Croy Street Exchange went up in flames Tuesday morning. Dozens of firefighters were called out to battle the fire. 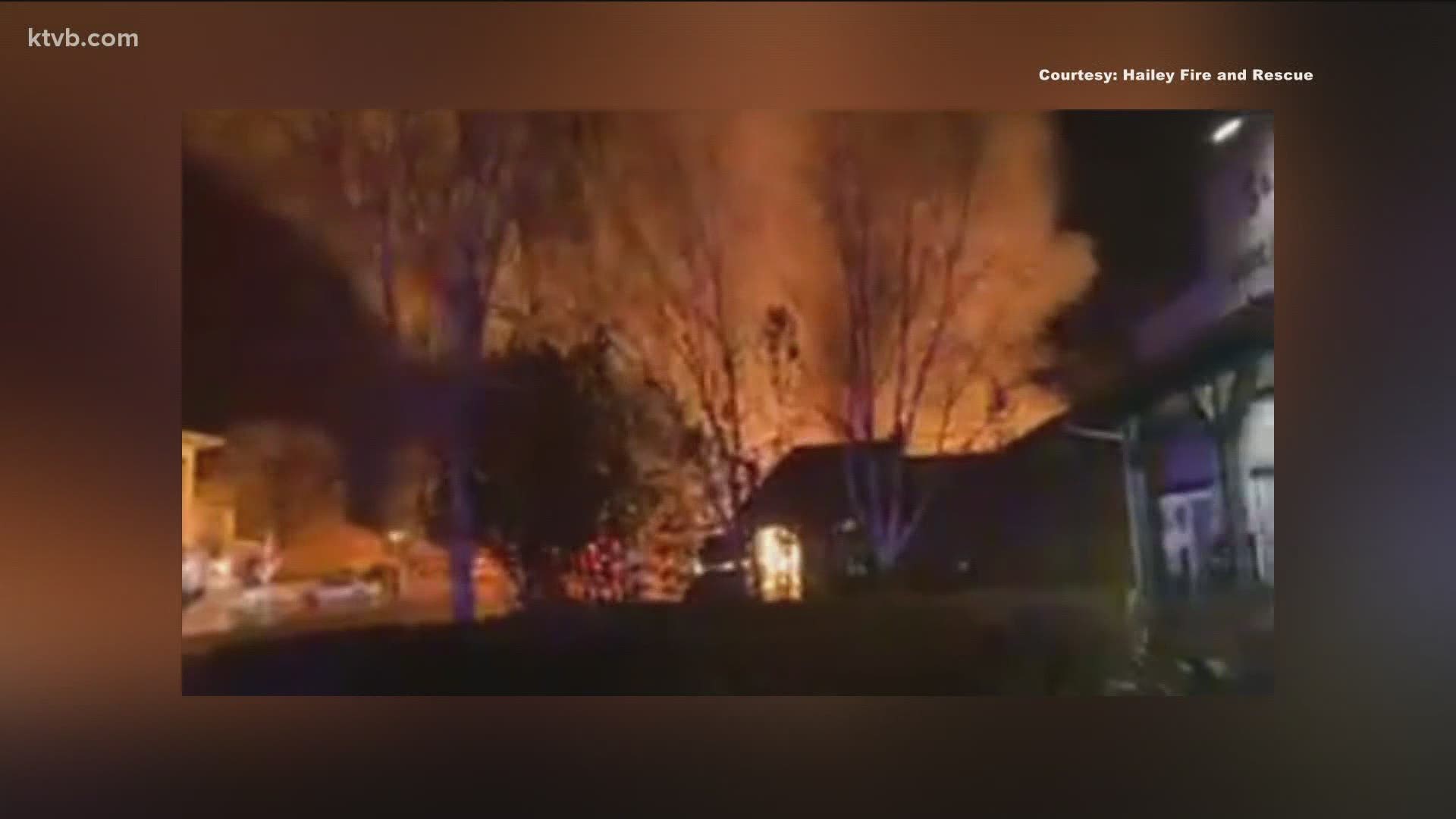 Baledge said he arrived on scene about two minutes after the call came in and the building was already fully engulfed in flames. He said the building had been under renovation and was stripped down to the framing.

“The fire spread really quick. The structure collapsed in around 7 minutes,” Baledge said.

The Hailey Fire Department was assisted by fire crews from Bellevue, Ketchum, Sun Valley and Wood River Fire and Rescue. Baledge estimates around 40 firefighters were on scene.

The commercial building is located at the corner of River and Croy streets. Baledge said the building was to have shops on the first floor and residential housing on the second floor when complete.

The cause of the fire is unknown. Baledge said Hailey Fire is being assisted by the Idaho State Fire Marshal and ATF investigators to determine what caused the fire.