Family sends message about CO poisoning after deaths of loved ones

A Caldwell family is sending a message about carbon monoxide after it claimed the lives of their loved ones. 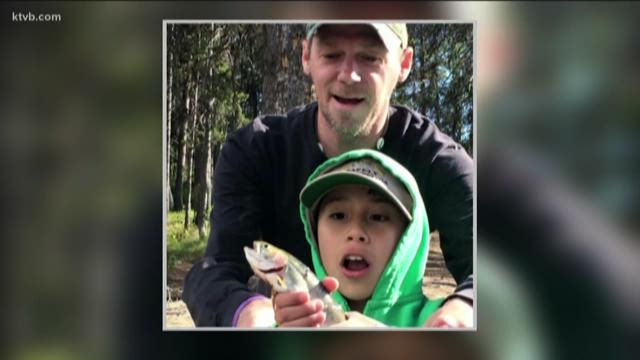 Carbon monoxide poisoning claimed the lives of two people over the weekend. The family has identified them as 12-year-old Armani Castro and 46-year-old Gene Mitchell. The family says the two were on a family bonding trip in the Atlanta area in Elmore County.

The family is now sending a message to everyone to be aware of the gas and get a carbon monoxide detector to protect yourself.

“Losing a son and losing my fiancé, I'm really reaching out to people right now to let them know the importance of checking all of these things because I don't want this to happen to anyone,” Theresa Saint said.

It’s a tearful plea from Saint, who just lost her 12-year-old son and her 46-year-old fiancé.

“He was going to take Armani up and start really bonding with him, that was going to be their time to really come together,” Saint said.

Mitchell told his fiancé that he and Castro would be back from their camping trip by 2 o’clock Sunday afternoon, but never returned.

“At first I was like 'well he's running behind.' Ten o'clock came and I called my dad and I was like 'dad they're not back yet,” Saint said.

Saint called the Elmore County Sheriff’s Office to report her fiancé and son were overdue from their camping trip. Deputies found the RV later Sunday night.

“I think 10 o'clock, we got the news that they had identified them and that they were gone,” Saint said.

Both Mitchell and Castro died from apparent carbon monoxide poisoning.

Mitchell had been a wildland firefighter for more than a decade and loved the outdoors. Castro wanted to be a marine and serve his country.

“He changed so many people's lives. He was a special young man,” Saint said.

Carbon monoxide is a colorless, odorless and tasteless gas that’s produced through combustion. It can come from a gas fireplace, engine of a car, gas stove, or even the refrigerator in a trailer.

Some signs and symptoms of carbon monoxide poisoning are dizziness, headaches, fatigue and nausea.

“It's not limited to your home in any way shape or form. It can be in your hunting tent or your hunting trailer for that matter. Once again, it's that device that produces or does combustion,” Gervais said.

Gervais recommends having a carbon monoxide detector really anywhere you may be sleeping, including your RV, home, even a wall tent while out camping.

A precautionary measure, Saint hopes everyone will keep in mind.

“I want to help people, other families before this horrible, tragic thing happens to anybody. I just don't want it to,” Saint said.

Saint would like to thank everyone for all of their help and support over these last couple of days.

Family and friends have set up GoFundMe accounts for both Armani and Gene to help with funeral costs.