FAA: 4 aboard jet that crashed near Tahoe-area golf course 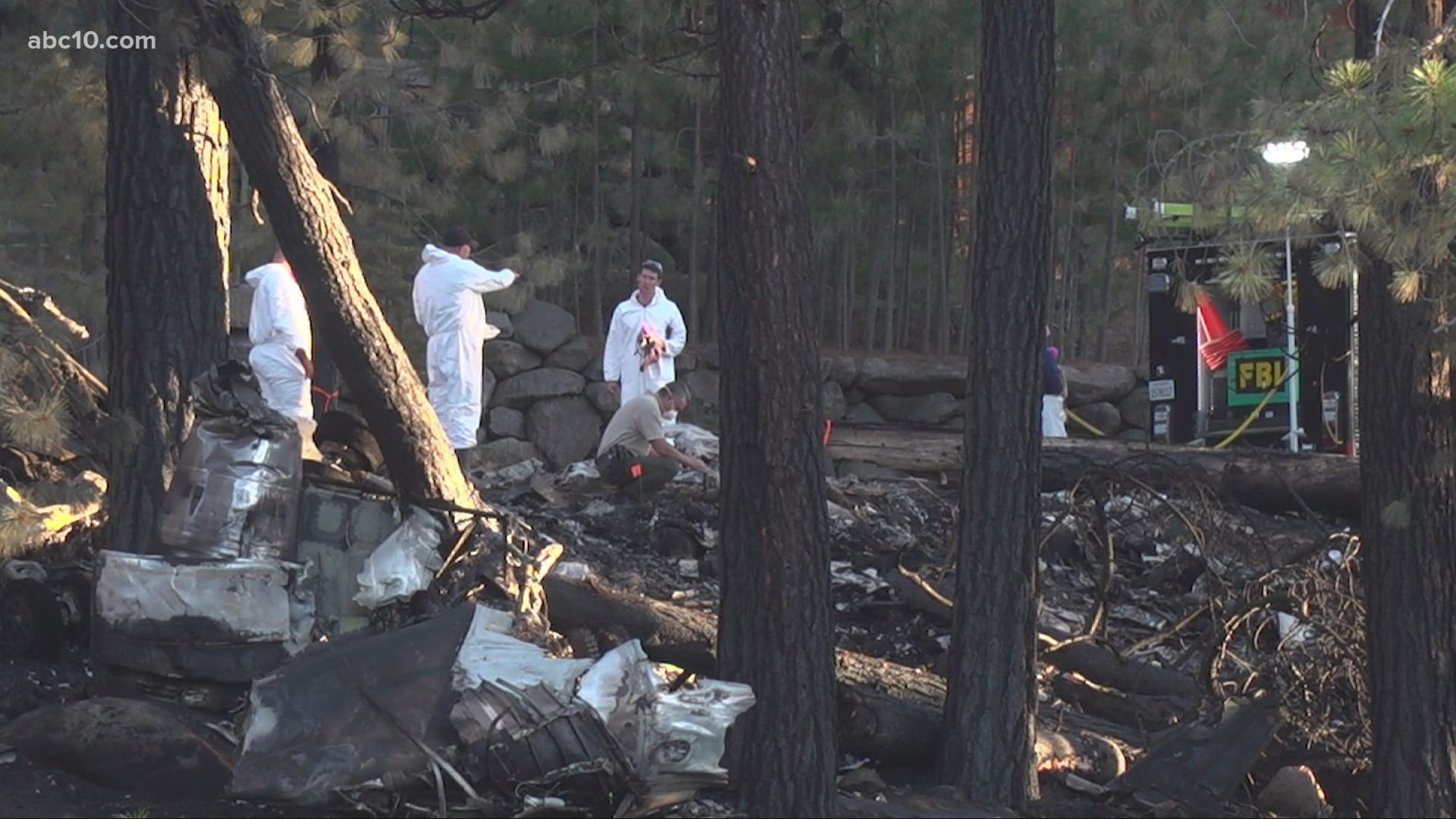 The Federal Aviation Administration on Tuesday did not identify the dead or the origin of the fatal flight by the Bombardier CL 600 that crashed and burned Monday in Truckee. Authorities said it might have originated in Coeur d’Alene, Idaho or Florida. Two of the killed were passengers and the other two were crew members.

Investigators say the jet was making its final approach to land at Truckee-Tahoe Airport around 1:18 p.m. when it went down in the forest near the airport, along Reynolds Way.

The aircraft burned and authorities say DNA will be used to determine the identities of the victims. The FAA says the crash occurred under unknown circumstances.

No one on the ground was hurt as the jet hit a wooded area near a golf course.

A team of firefighters heading back from fighting the Tamarack Fire saw the fireball from the crash and responded immediately. According to investigators, nine or 10 fire engines were at the crash in the first 10 minutes. Crews doused the flames first before approaching the wreckage. No structures were damaged.

Aviation expert Steven Thompson said flying conditions in Truckee can be treacherous. He said the mountainous terrain and unpredictable weather has even forced an expert pilot like himself to divert.

“The particular angle they were at suggest that they may have lost visual. A visual of the runway because it’s in my understanding that at some point they had confirmed to the tower that they actually did have a visual on the runway,” he said.

Officials have yet to release a cause, but have taped off acres as they look into what may have happened.