Take a look at the broken windows, collapsed roofs of homes near the Watson Grinding & Manufacturing Co. explosion. 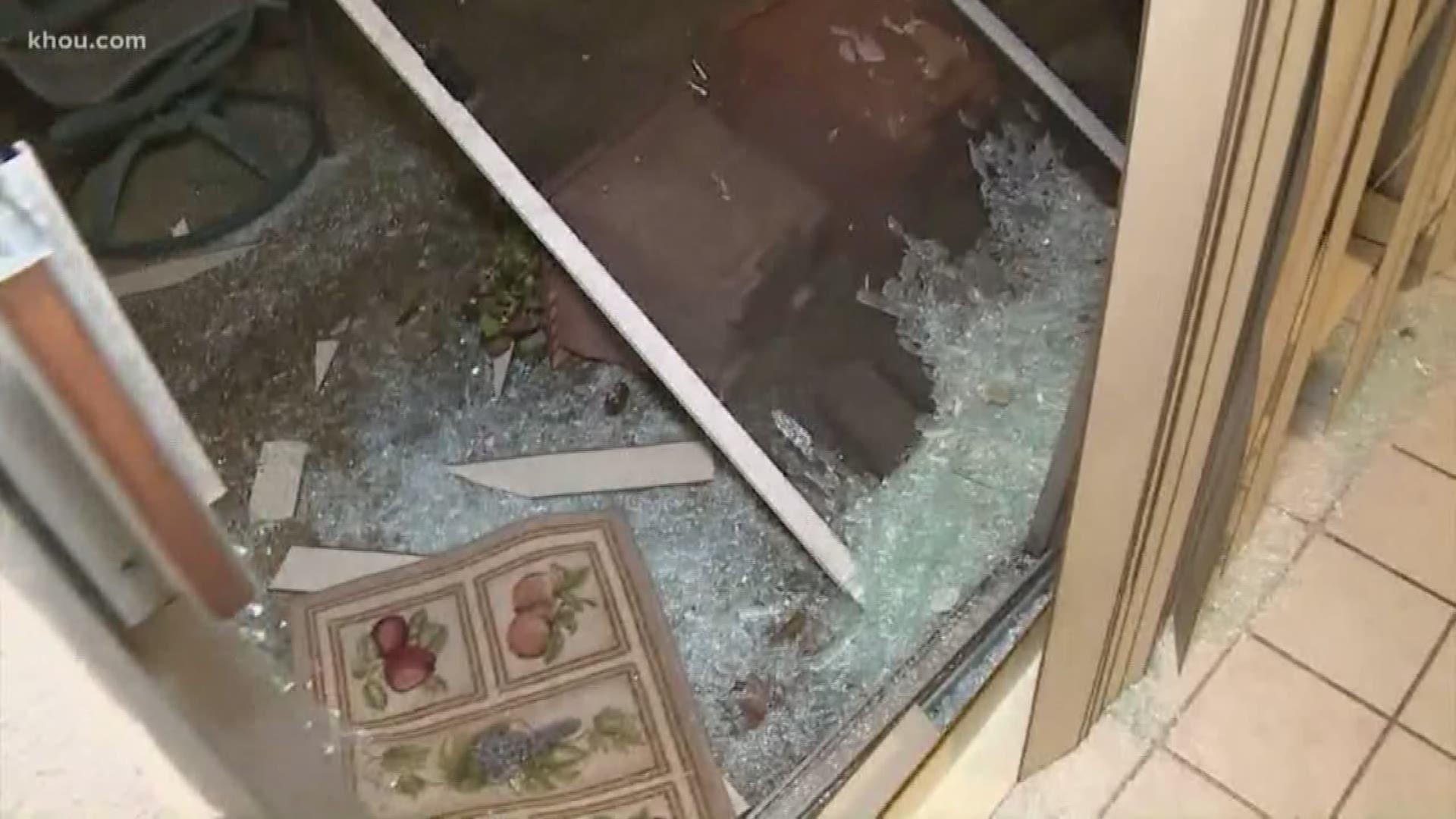 HOUSTON — A blast was felt across Houston early Friday morning as Houstonians woke up with a start.

The Watson Grinding & Manufacturing Co. building exploded at 4500 Gessner. According to HPD Chief Art Acevedo, the debris field from the blast extends about half a mile.

Homes near the building suffered damage from broken windows and ceilings to cracked walls.

The aftermath of the explosion that killed two people is still being evaluated, but those close to the location are already dealing with the effects.

"It was crazy," said Gladys, a resident near the explosion. "It woke us up at four-something in the morning, and when we woke up we saw [our house] destroyed." 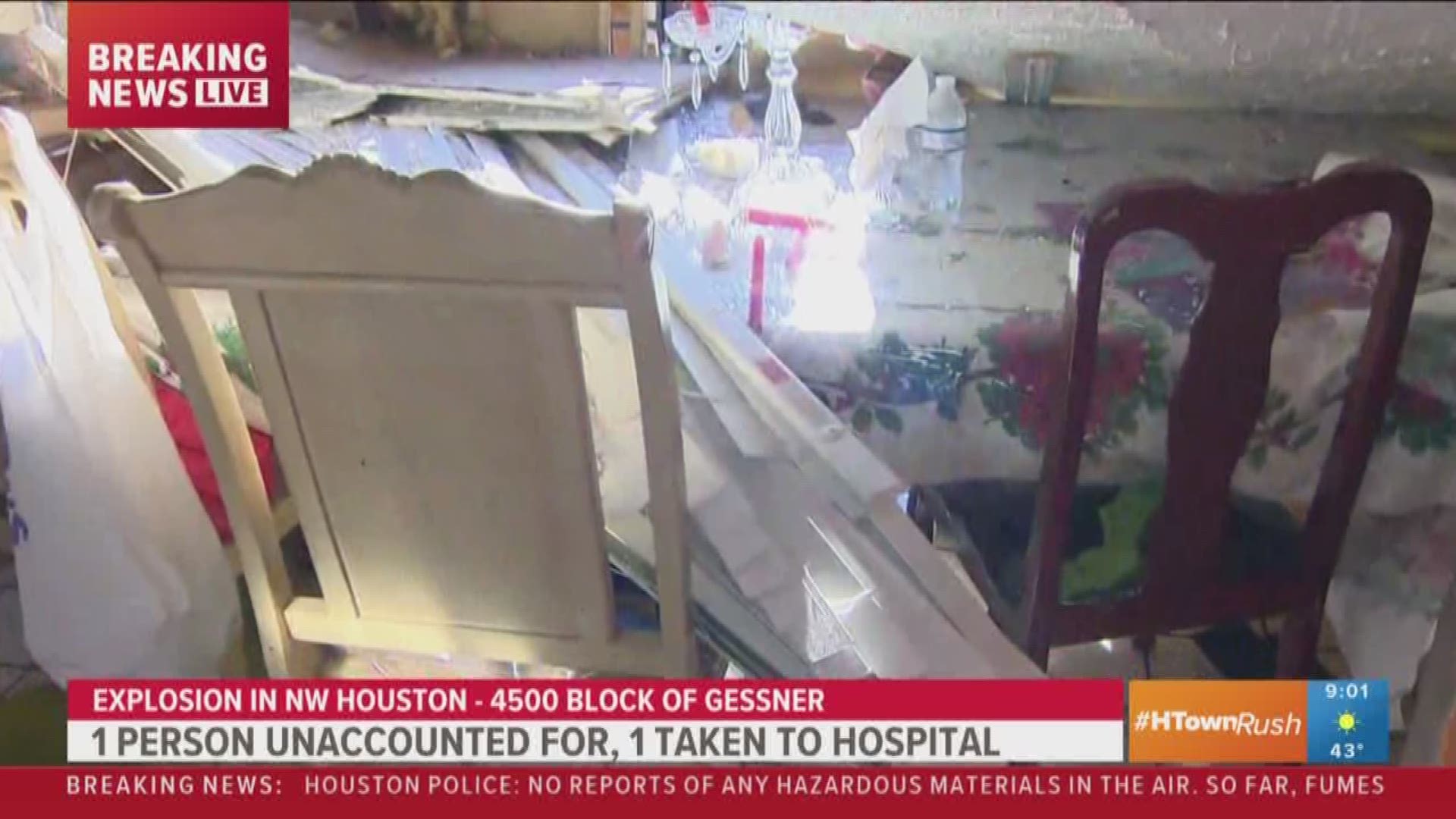 Gladys' mother was sleeping in her bed, that is now covered with broken glass and bits of ceiling.

"I was just shocked, this is our home," said Gladys. "To see my home like this is just shocking. I'm angry, upset, sad."

Four hours after the explosion people are still processing the damage done to their homes.

"We can not stay here," said Gladys about the condition her home is in.

Reporter Adam Bennett reports that firefighters are going door-to-door in the area, telling people there's not a mandatory evacuation, but suggest people consider getting out of the area because they're not completely sure what's in the air.  A shelter is set up at the Church of Latter Day Saints. 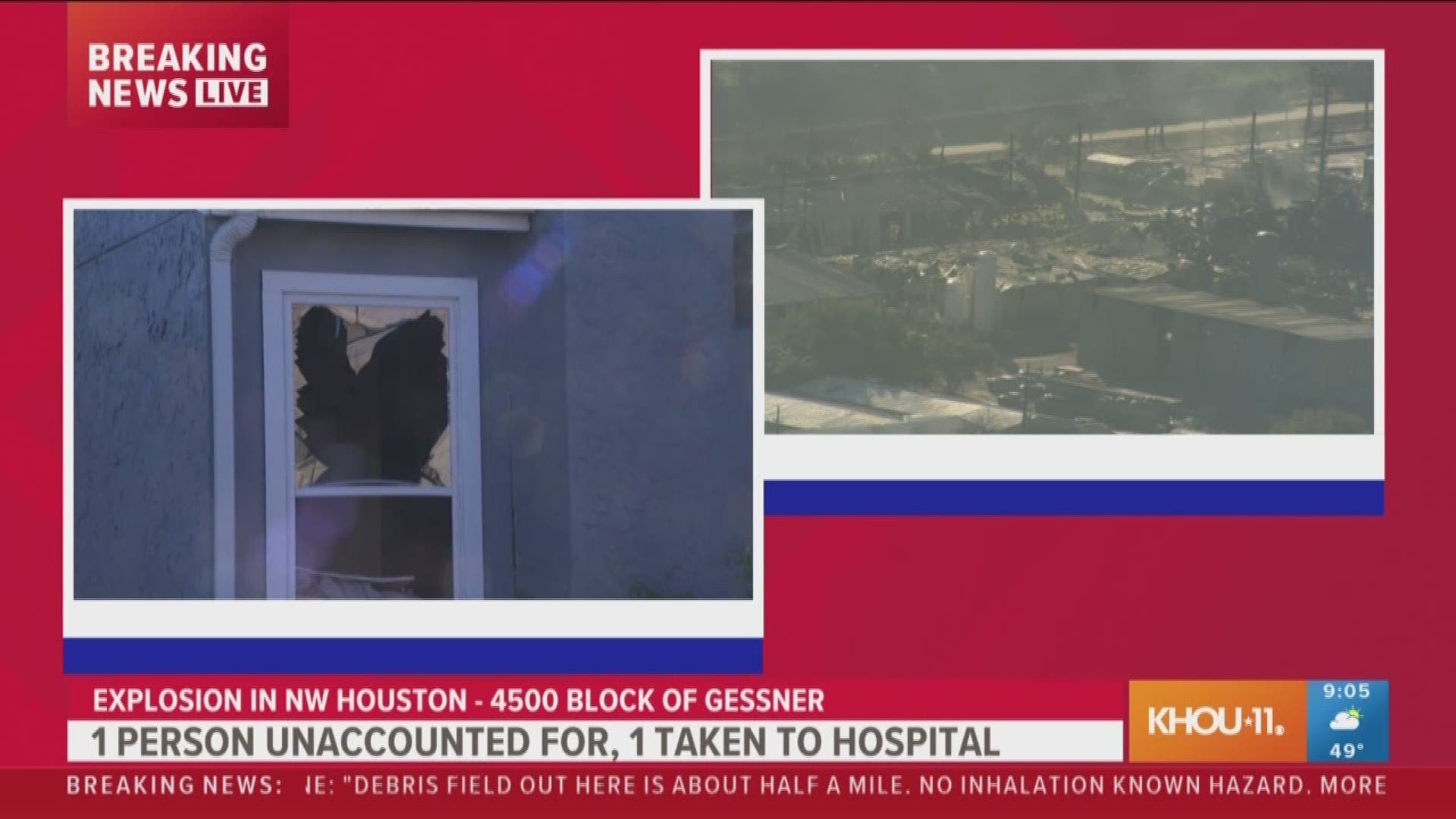 There is extensive structural damage to the houses near the explosion. Bennett reports that he saw glass coming off, windows busted, pieces of roofing and structure on the ground and fences broken.

The explosion happened around 4:30 a.m. this morning, one viewer shared video from their doorbell camera that show the blast.

RELATED: At least 2 dead in massive explosion in northwest Houston; no evidence of terrorism

RELATED: Warning to explosion looters: 'You will be charged to the fullest extent of the law'