The freeze will take effect starting Wednesday in an effort to slow the spread of COVID-19. 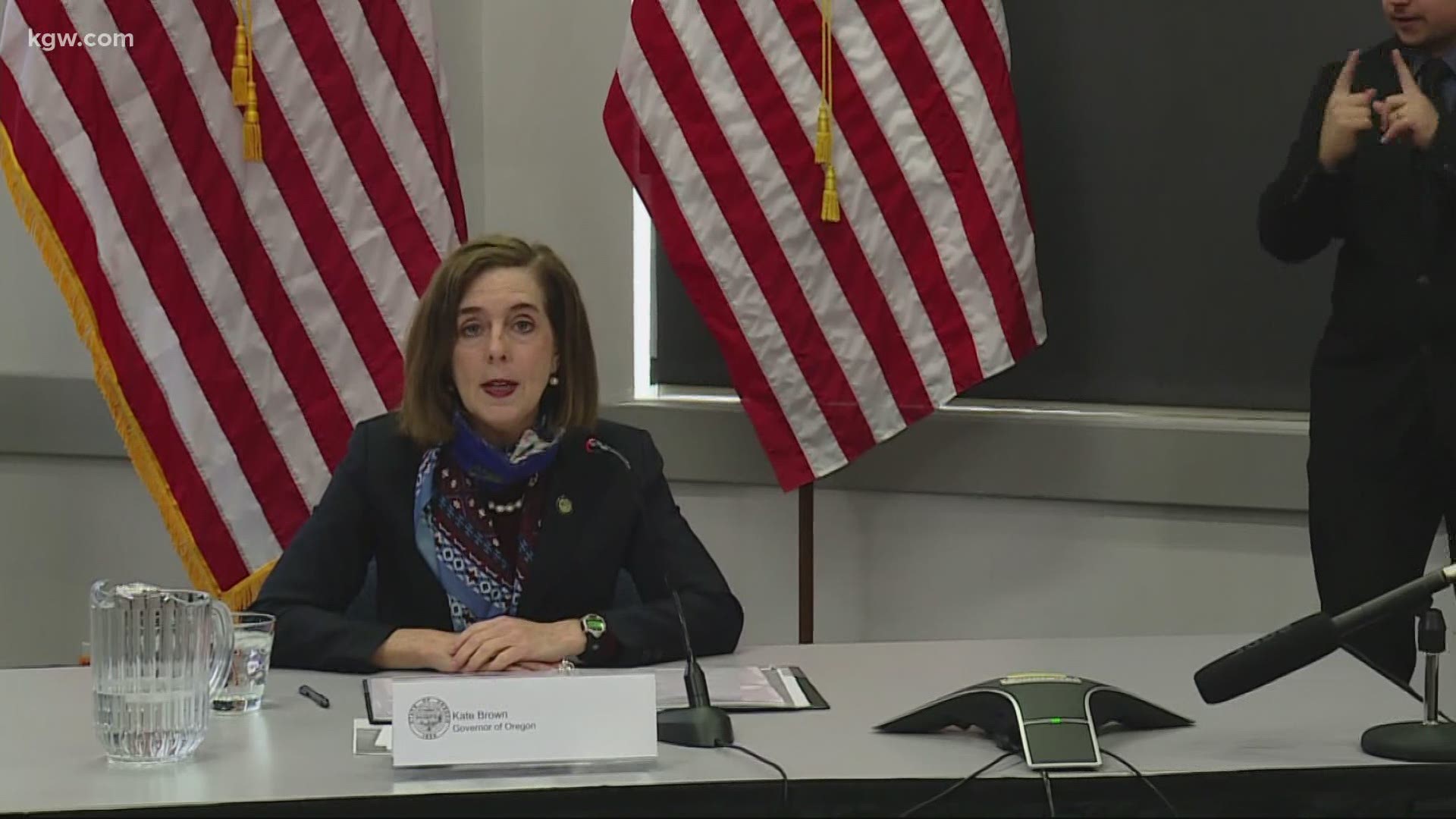 SALEM, Ore. — Gov. Kate Brown made her statewide two-week ‘freeze’ official Tuesday with an executive order that makes the measures enforceable by law.

The freeze will take effect starting Wednesday and aims to limit group activities and slow the spread of COVID-19 in Oregon where cases have reached a record high.

As part of the freeze, social gatherings can not exceed more than six people.
Restaurants are limited to take-out only, while gyms and fitness centers, museums, pools, sports courts, movie theaters, zoos, gardens, aquariums and venues will be closed. Grocery stores, pharmacies and retail stores are limited to a maximum capacity of 75%.

All of the freeze measures are enforceable by law.

Workplace violations should be reported Oregon OSHA and restaurant violations to OSHA or OLCC.

In the past social gathering limits were “self-enforced.” Now, if caught violating this restriction, a person can be cited, fined or arrested.

“The Oregon State Police will be working with local law enforcement to enforce the Governor’s orders, in the same way local law enforcement officers respond to noise complaints for loud parties, for example, and issue citations,” Charles Boyle, a spokesperson from the governor's office said.

Oregon State Police released a statement shortly after the executive order was issued, saying “with the issuance of the latest Executive Order, Oregon Law enforcement will continue to follow an education first approach. Oregon Law Enforcement will only take enforcement action (criminal citations) as a last resort.”