Even though Zoo Boise lost about half of its normal revenue, 'the zoo's going to be just fine'

"If we get close to that million, million and a half total revenue, I think we'll be really, really lucky," the Boise Parks and Recreation director told KTVB. 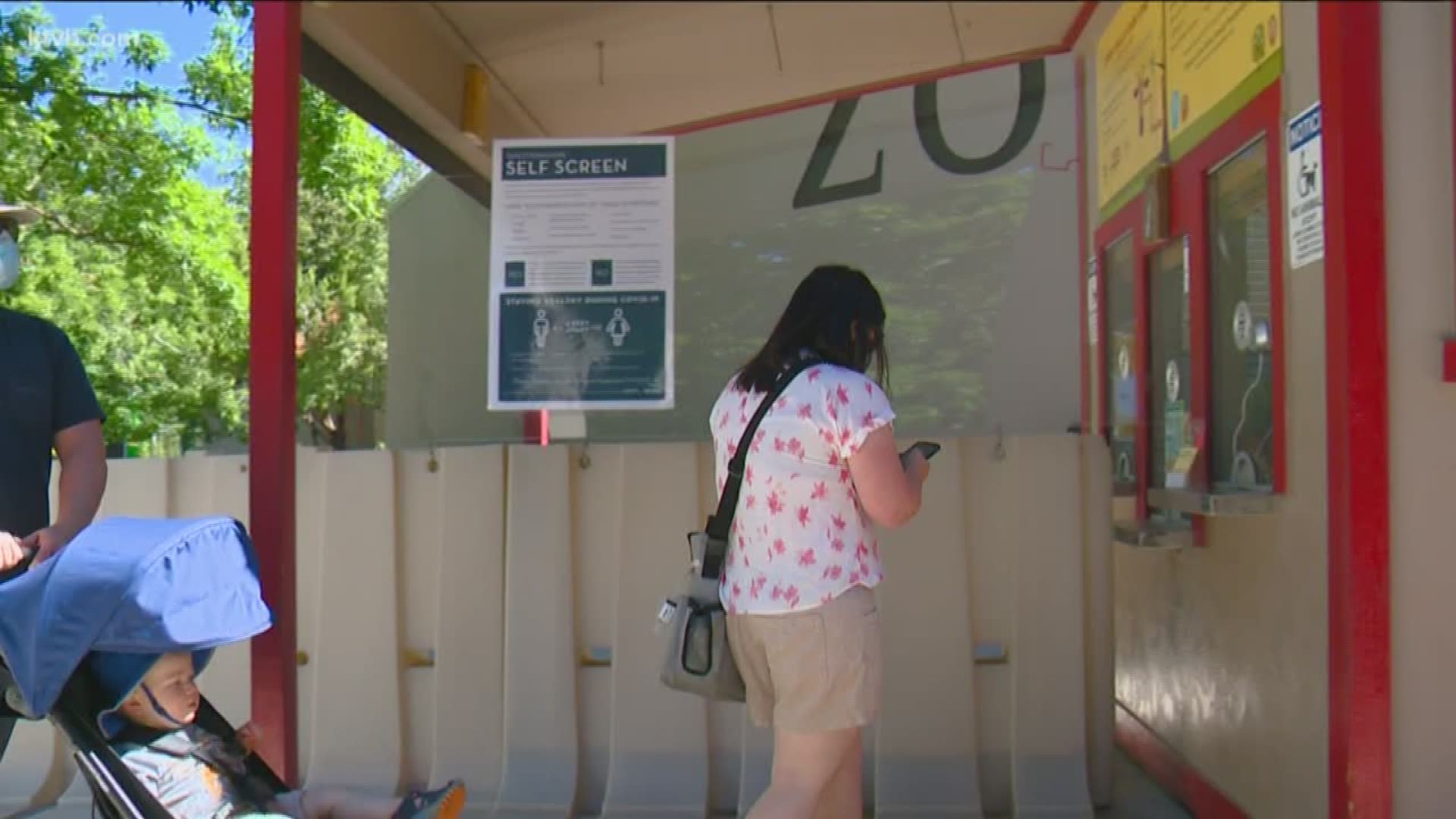 BOISE, Idaho — Zoo Boise is one of many Treasure Valley-based organizations that have been hit hard by the coronavirus' impact on the economy. After four months of being forced to shut down and the recent rollback to Stage 3 in Ada County, the zoo has lost at least half of its revenue.

The zoo reopened two weeks ago and originally planned on limiting admissions to 100 people per hour. Now that Ada County is back at Stage 3, Zoo Boise reduced that limit to 50.

The City of Boise says the zoo's normal budget is $2.5 million but they're well behind that this year.

"If we get close to that million, million and a half total revenue, I think we'll be really, really lucky. We're not expecting that. And so that's a full million to million and a half of the revenue we need to operate the zoo," Boise Parks and Recreation Director Doug Holloway said.

While the zoo's revenue has taken a massive hit because of the pandemic, Holloway says the zoo is in no danger.

"Even though we're not where we would like to be, because it's part of the city family, the zoo's going to be just fine," he said.

Holloway added that the zoo's conservation program has also taken a big hit.

Zoo Boise still plans on holding its annual Zoobilee fundraiser in August, but it will be held virtually this year.

MORE: Zoo Boise reopens but with some changes