The longtime owner of Video Memories says the age of streaming video and digital downloads has finally caught up to him. 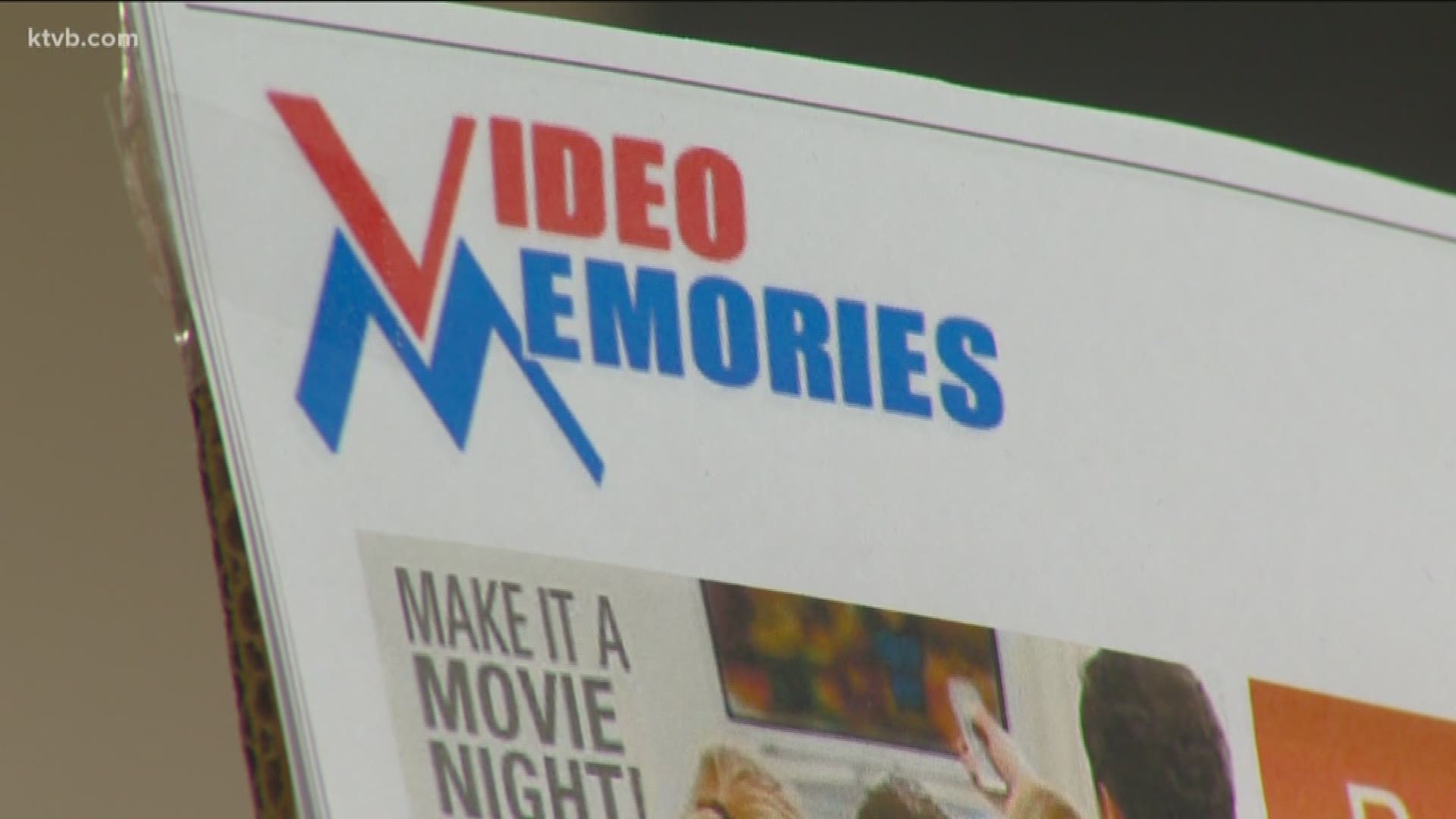 BOISE, Idaho — After more than three decades of serving up movie rentals - first VHS tapes, then DVDs and Blu-rays - the owner of Video Memories says it's time to call it quits.

The last independently-owned and operated video rental store in Boise will close down on June 12, the 36th anniversary of the store opening off of Overland Road.

Owner Jerry Anderson says the age of digital downloads and streaming video has finally caught up with. He admits he's lost 25 percent of his business in the last year alone.

When KTVB's Brian Holmes spoke with Anderson back in 2016, he estimated that his store was the fourth-oldest in the country.

RELATED: There's only one Blockbuster Video store left in the world

Even with the popularity of streaming video at an all-time high, Video Memories provides movie titles you often can't find easily online.

"If you run out of places to look, check your local video store," Anderson said back in 2016. "And they probably have it."

From now until the last day, Anderson will be selling almost all of his inventory - more than 25,000 titles.

But he is holding out a glimmer of hope that someone will step in and take over the business, so he's hanging on to one DVD and one Blu-ray copy of each movie, just in case.

Michael Mecredy
Good morning Bench Dwellers! As a strong supporter of box shops in the valley, this hits close to home for us. Jerry and his team are amazing people who are now effected by redbox and streaming...