Emrik Osuna died in the pediatric ICU at St. Luke's after he was found without a pulse inside his family's apartment in Meridian Tuesday. 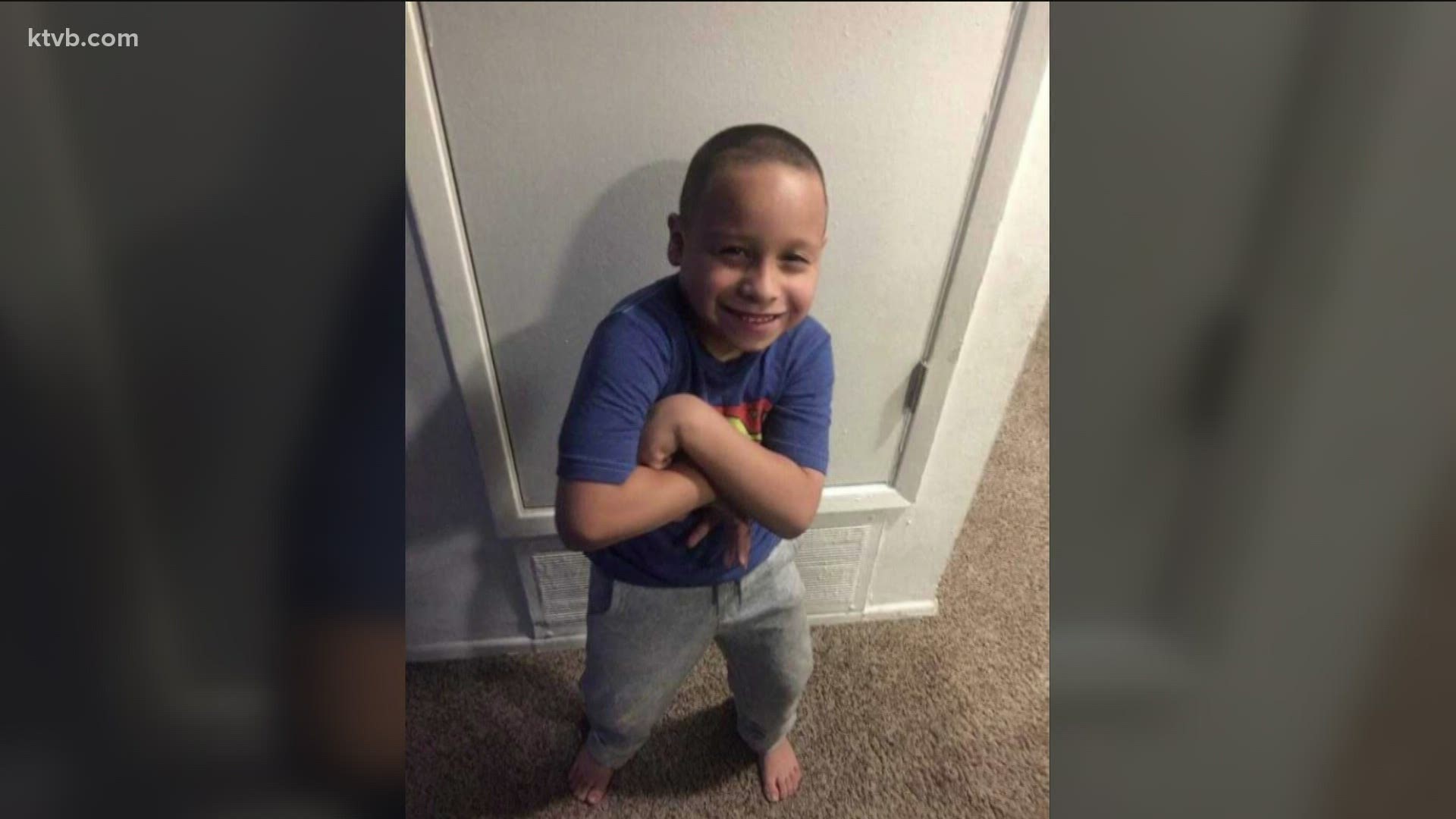 BOISE, Idaho — Emrik Osuna loved grilled cheese sandwiches. He loved putting things together, and Transformers, and anything to do with ninjas. He was funny and loving with a personality that could light up any room he was in, family members say, and he deserved more of a life than the one he got.

Relatives of the 9-year-old, who died this week after months of starvation and abuse prosecutors say amounted to "torture," say news of the boy's death has left them heartbroken.

His uncle, who works at a grocery store distribution center, can barely look at the abundance of food on the shelves without weeping. Marie Osuna, Emrik's aunt, says her whole family is grappling with waves of pain, confusion and anger.

"I just started bawling, started crying - I just can't believe it," she said. "It just shocks me. I don't know how anybody can do that to a child."

Emrik died in the pediatric ICU at St. Luke's after he was found without a pulse inside his family's apartment in Meridian Tuesday. Prosecutors say there were clear signs of abuse: the child was malnourished, badly dehydrated and covered in bruises when he died, a medical examination found.

RELATED: 'Bruises all over his body': Meridian boy was beaten, starved, locked in closet before death, prosecutor says

Emrik's stepmother, Monique Osuna, has been charged with first-degree murder in his death. Investigators say she beat the 9-year-old, locked him in the closet, forced him to do grueling physical exercise for long stretches of time, and withheld food.

Erik Osuna, the boy's father, knew his wife was abusing Emrik but did nothing to intervene, prosecutors said. He is charged with felony counts of injury to a child and infliction of great bodily harm, as well as a misdemeanor count of destruction of evidence for allegedly trying to get rid of nanny cameras inside the apartment before officers arrived.

"We trusted her. We trusted both of them to take care of him. And it's not like our family wasn't more than willing to help," Marie Osuna said. "They could have reached out to us, they could have said something, you know, if they were frustrated with him."

Emrik's father was in and out of his life for the first few years, Marie Osuna said. But in that changed after the boy's biological mother was arrested and sentenced to prison in California for abusing her twin toddlers, Emrik's siblings, leaving them with serious injuries. Emrik was also abused by his mother, according to relatives.

In 2018, Marie Osuna and her husband took him into their home in Orange County. It took the boy a while to open up, his aunt said, but he quickly blended into their family.

"He was just like one of our own. He loved us. He would call me mom," she said. "He was just a good kid, he was happy. I just don't understand what happened."

Erik Osuna ultimately was awarded custody of the boy, and Emrik moved to Idaho to live with his father and stepmother.

The Idaho Department of Health and Welfare declined Friday to say whether anyone had ever made any reports of abuse related to Emrik, or whether the family had been investigated.

Officials have not released when they believe the abuse began.  But prosecutors say it stretched on for months: With Monique Osuna working from home due to the COVID-19 pandemic and Emrik out of school, his stepmother had continuous access to him, Prosecutor Tamara Kelly said during the couple's arraignment.

Kelly described Monique Osuna forcing the 9-year-old to do jumping jacks and wall sits without stopping as she worked, as well as kicking him in the groin, giving him nothing to eat but rice and water for weeks on end, and hitting him with implements including a backscratcher, a dog leash and a frying pan.

Marie Osuna said she cannot wrap her mind around why Emrik was targeted.

"Why would they starve him like that? It's just food. What did he do to deserve to be starved or even to be hit, like a dog?" she asked. "He just needed love. He just needed love, that's it, and to feel safe."

She said that it is baffling to hear that Emrik's father stood by while his wife tortured the child, saying that Erik Osuna is "not that type of person, not that type of person at all." Investigators say both defendants knew Emrik was badly injured before he was found unresponsive in their apartment, but did not take him to the hospital and waited more than four hours to call for help.

Credit: Ada County Jail
Erik and Monique Osuna are each charged with one felony count of injury to a child.

The investigation into Emrik's death is ongoing, and the Ada County Coroner's Office has not yet allowed his body to be released. Marie Osuna said her family is making plans to fly to Idaho to collect the 9-year-old's remains and bring him back to California to be buried.

The family has created a GoFundMe to raise money for the funeral costs and plane tickets. To donate, click here.

A vigil in Emrik's honor was held Friday evening. The gathering happened in the parking lot of Community Council of Idaho in Caldwell. Dozens of people attended, including friends and teachers of Emrik.

The organizer of the vigil, Patsy Jimenez Calero of Meridian, said she did not know Emrik or his family personally, but was heartbroken by the news of what he had endured. She said she wanted to send the message that the community cares about what happened to Emrik.

Emrik's grandmother told KTVB that the family wants to get custody of the three other children who were removed from the home and placed into the custody of Idaho Health and Welfare after the boy died.

Both Monique and Erik Osuna are held in the Ada County Jail on $2 million bonds, and ordered to have no contact with their surviving children.

Marie Osuna said through tears that if she could get a message to Emrik, she woul tell him that he is loved.

"I'm sorry. We're sorry that he had to go through that pain, and that we love him," she said. "We will always love him."