'I feel guilty for not being there for him': Meridian boy's aunt speaks about his death

Irene Zepeda, the aunt of nine-year-old Emrik Osuna, describes the shock and heartbreak she felt after learning of her nephew's death. 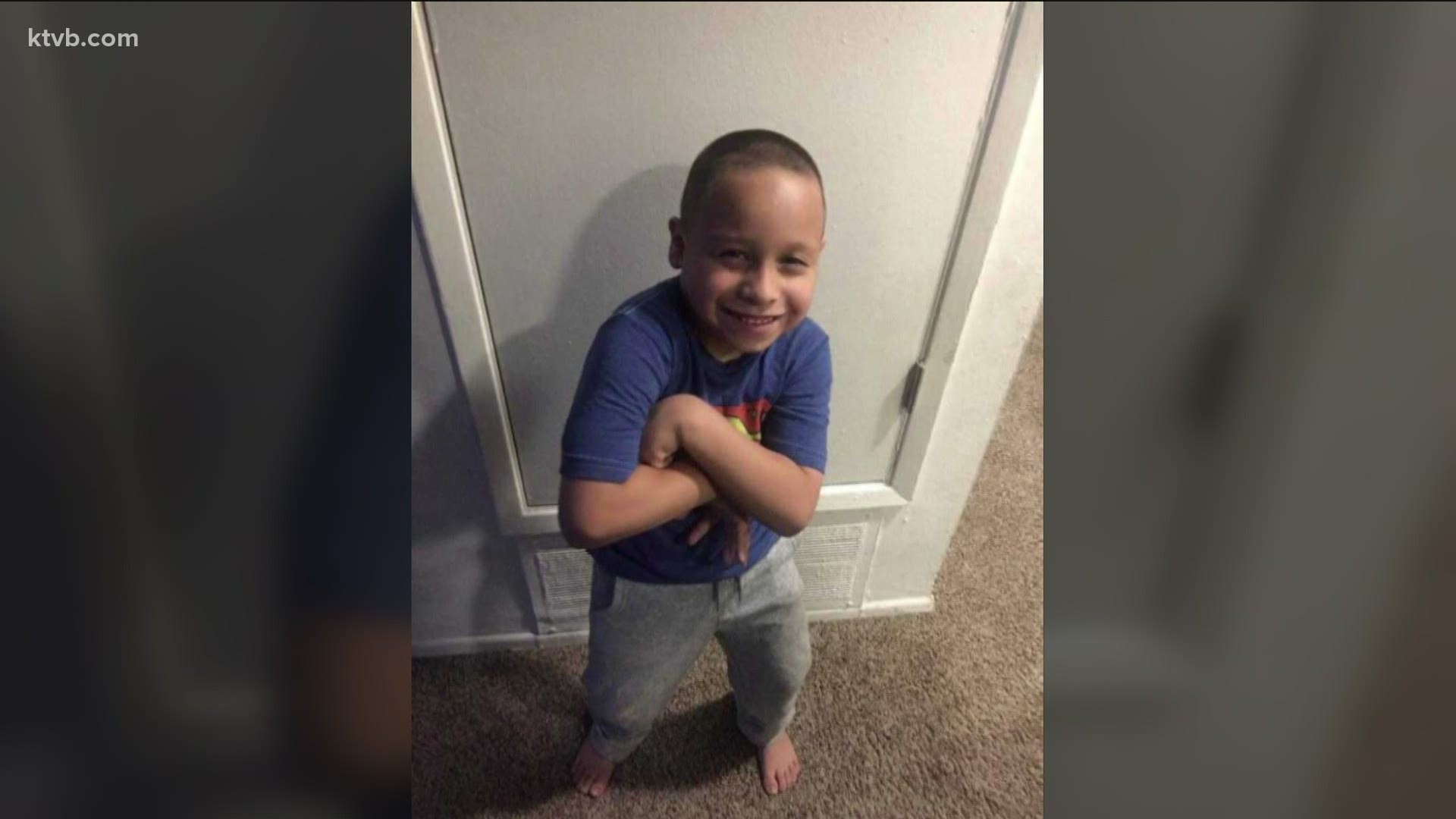 BOISE, Idaho — The family of nine-year-old Emrick Osuna, the Meridian boy who passed away last week, is still in shock after learning how he spent the last few months of his life.

Emrik's aunt on his mom's side, Irene Zepeda says he and her sister, Emrik's birth mom, lived with her for a few months when Emrik was younger. The last time Zepeda saw her nephew was on Christmas Day a few years ago.

“I don’t know about anybody else in my family, but I feel guilty for not being there for him,” Zepeda said.“Emrik was always loving. He was one of those kids that always liked to get hugged and kissed and he liked to watch his cartoons."

She is still in disbelief and can't believe he's gone.

“I can’t see anybody doing that to Emrik," Zepeda said. "I don't see the reason why you cannot see his sweet face and melt and dare to put your hands on him."

Emrik passed away after months of starvation and abuse, according to prosecutors. Police arrested his father, Erik Osuna, and stepmother, Monique Osuna in connection with his death last week.

“I have nothing to say to them," Zepeda said. "Whatever I say to them it's not going to change the fact that Emrik is gone. And I know that Erik is going to live with that guilt of not protecting his son."

Since Emrik's family on his mother's side found out what happened, they've been holding vigils to celebrate his life. They're holding nine vigils over nine nights because Emrik was nine years old.

“Emrik was loved, he was loved in our family and sometimes you trust that parents are going to do the same," Zepeda said. "If we love him so much, why wouldn’t his parents love him? It's unthinkable to think that somebody who is supposed to love him would do anything like that."

Both sides of Emrik's family are working to coordinate arrangements for Emrik's funeral and transporting him back to California.

Emrik’s birth mother is currently in a California jail in connection with alleged abuse of Emrik's younger siblings, according to Zepeda. She added that Emrik's mom is suffering for not being there for Emrik, and she calls them at night and participates in the vigils.

Erik and Monique Osuna are expected back in court for a preliminary hearing on Sept. 17.