Protesters rallied to speak out against President Trump's nominee for the U.S. Supreme Court. 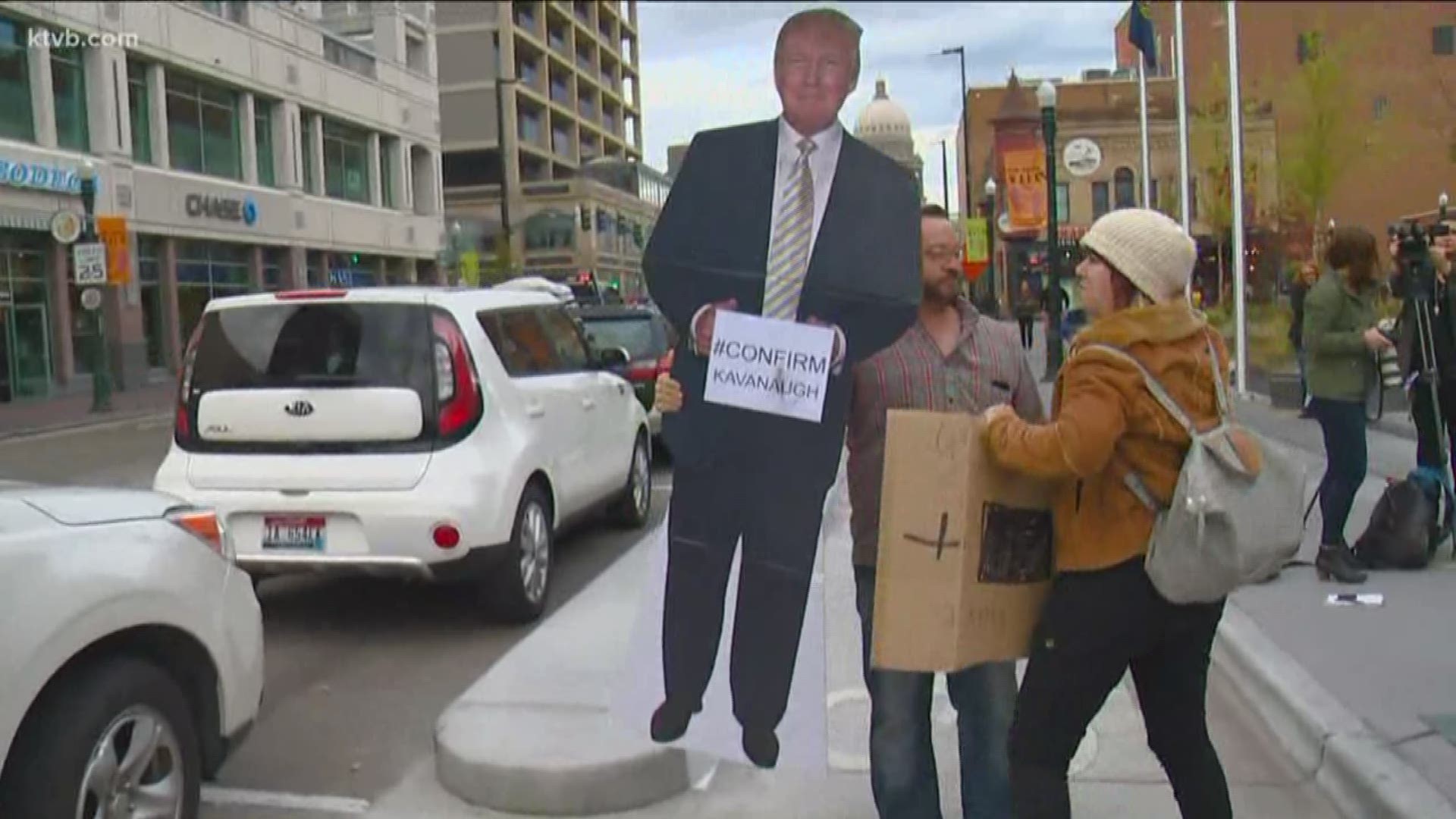 BOISE — On the eve of the U.S. Senate's final confirmation vote on Supreme Court nominee Brett Kavanaugh, people who say he doesn't belong on the highest court in the land gathered on the plaza outside Boise City Hall Friday evening to speak out.

They disagree with his stance on abortion rights and believe the women who say Kavanaugh sexually assaulted him weren't taken seriously.

A man supporting Kavanaugh showed up with a cardboard cutout of President Trump holding a piece of paper that says "Confirm Kavanaugh."

A woman confronted him and tried to rip that sign away.

About 100 people showed up for the rally planned by a group called the "Party for Socialism and Liberation." They labeled it an emergency "Stop Kavanaugh" protest.

KTVB’s Joe Parris was reporting live during our 6 p.m. newscast and was confronted by a man who tried to get in his way during the broadcast. But he managed to avoid the man and finish his report without any further interference.

You can watch that report by playing the video with this story.