The electric motorcycle is the newest addition to the Boise Fire Department's foothills response fleet. 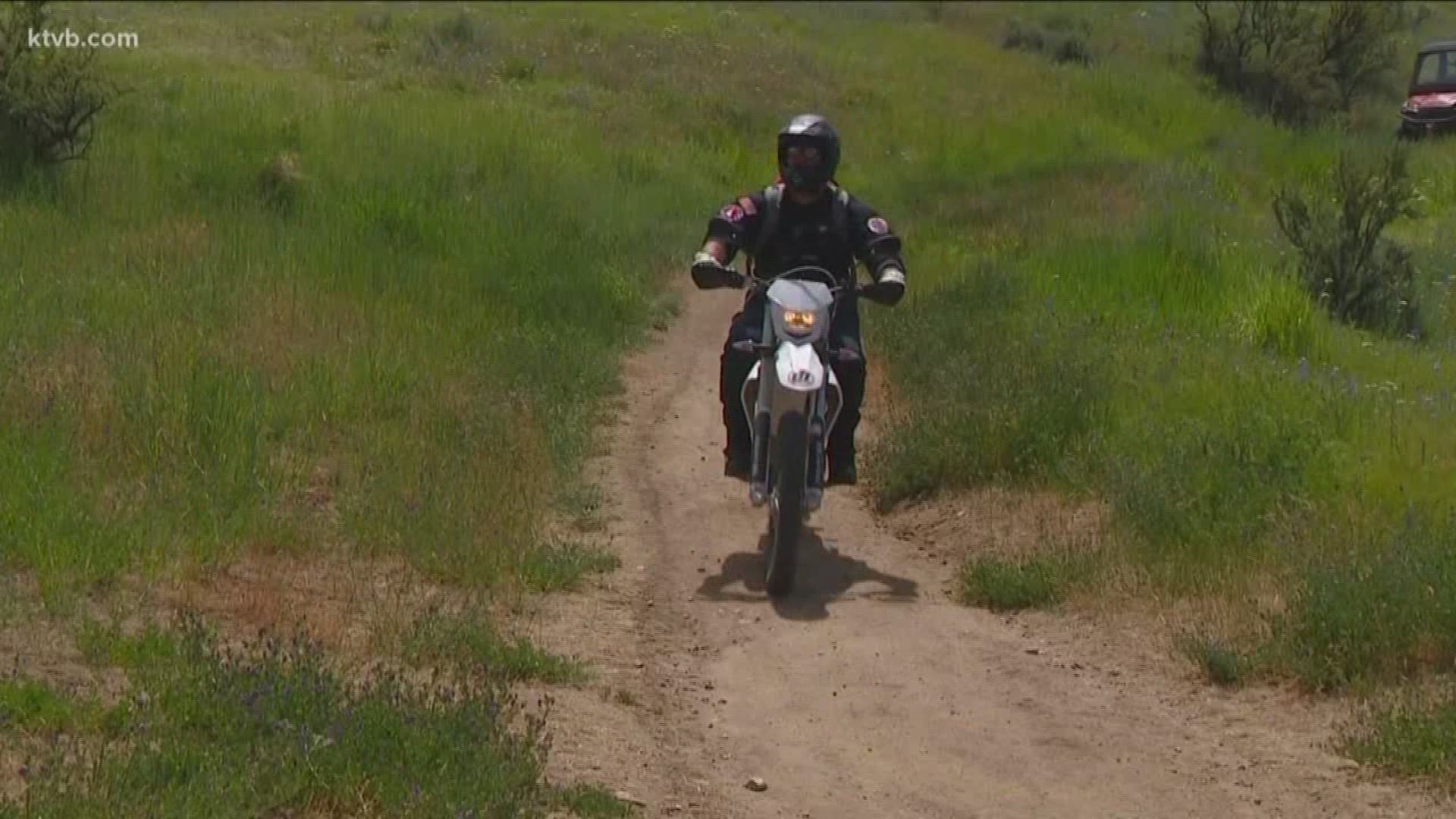 BOISE - With the official start to summer just a few weeks away, the Boise foothills are a popular spot to be.

Whether you’re taking the trails by bike or foot, accidents do happen. And thanks to a new electric motorcycle, Boise firefighters say their search and rescue efforts just got more efficient.

The electric motorcycle is the newest addition to the Boise Fire Department's foothills response fleet. And you may notice that it's relatively quiet.

It's the second motorcycle in the department's foothills search and rescue fleet, but it’s the first that's environmentally friendly.

"It obviously has the advantage of less noise pollution, less air pollution, so we are hoping not to be as impactful on the trail system this year," Battalion Chief David Cooper said.

In addition to a reduced carbon footprint, the electric motorcycle can get to places where other search and rescue vehicles can’t.

"It's got the advantage that it can go on every single trail in the foothills and its speed, we can usually get to the patient within 15 to 20 minutes," says Cooper.

And given the types of calls the department responds to in the foothills, a trail system spanning 200-hundred miles, a vehicle that's both nimble and fast is important.

"Most are trauma, bicycling accidents, falls from hiking, things like that but we also go on things like heat stroke," says Cooper.

Once a firefighter is able to get to the patient on the electric bike, they radio the hurt person's condition and location back to a crew.

So, if you are out on the trails this summer and see the electric bike or hear its siren, make room and let search and rescue do their job.