'It's kinda hard to look at': Neighbors concerned by major renovations to 120-year-old Roosevelt Market

A wooden frame is all that remains of the last standing neighborhood market in Boise. 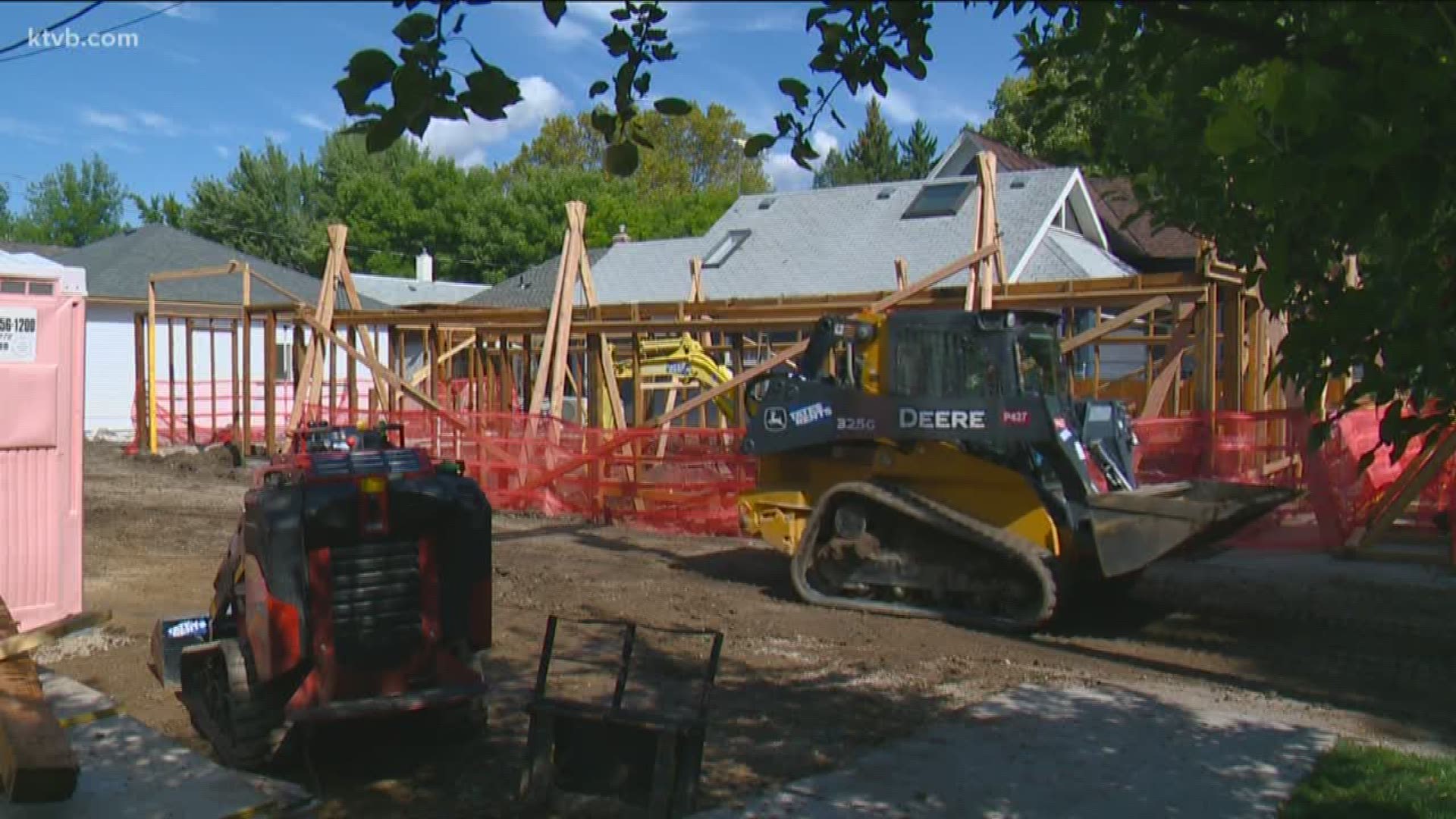 BOISE, Idaho — Orion Sorenson and Jenny Hoskins grew up in Boise's East End Historic District. Like many other kids, they would cross Elm Street after school to buy 10 cent candies at the Roosevelt Market.

"It's hard to see it right now in its current state," Sorenson said. "All the memories of that building are basically gone."

"It's kinda hard to look at," added Hoskins.

All that remains of the 120-year-old neighborhood market is the original frame.

Vanishing Boise, a Facebook group dedicated to highlighting preservation of historical sites, posted a picture of the building in its current state early Monday morning.

The Vanishing Boise community was also caught off guard by the barren look of the Roosevelt Market.

The post asked, "when is a 'remodel' actually a demolition?"

According to Mike Journee, a Boise city spokesman, the work being done is still classified as renovations, despite how little is left of the original Roosevelt Market.

"We had some inspectors go out and look at it," Journee said. "Everything is in compliance with the permits that were approved.

"Right now, the fact of the matter is that that building is in really bad shape," he added. "It's old, it's not a contributing factor to the historical district."

"We're talking about architecture only in that situation - not the cultural needs of the community," Journee added.

Journee's assurances did not please Kerry Davis, an architectural historian and preservation consultant.

"The building has been there over 100 years," Davis said. "As a long standing anchor of the community, it was worthy of local landmark status."

Davis said that common preservation practice would have been to notify people with vested interests in the neighborhood market.

Despite the way the Roosevelt Market looks now, the city said the owners are doing their best to preserve its historic value.

"They're looking to rehab it - to its original form - as much as they possibly can," Journee said. "And have a structure that will stand the test of time."

Sorenson and Hoskins have faith in the owners' abilities to replicate the market's former glory.

"I think they're gonna do it the right way from what they've said," Sorenson said. "I do construction work, so I understand structural integrity and the foundation [of the building] really was bad."

"I hope it looks exactly like it did, or very close," Hoskins added.

The lead architect on project told KTVB that the building had more structural damage than originally anticipated, but emphasized that the new exterior of the Roosevelt Market will match the original design.