E-scooters could return to Meridian in the coming weeks

At Tuesday night's City Council meeting, an appeal from e-scooter company Lime was denied, clearing the way for a competitor to hit the streets. 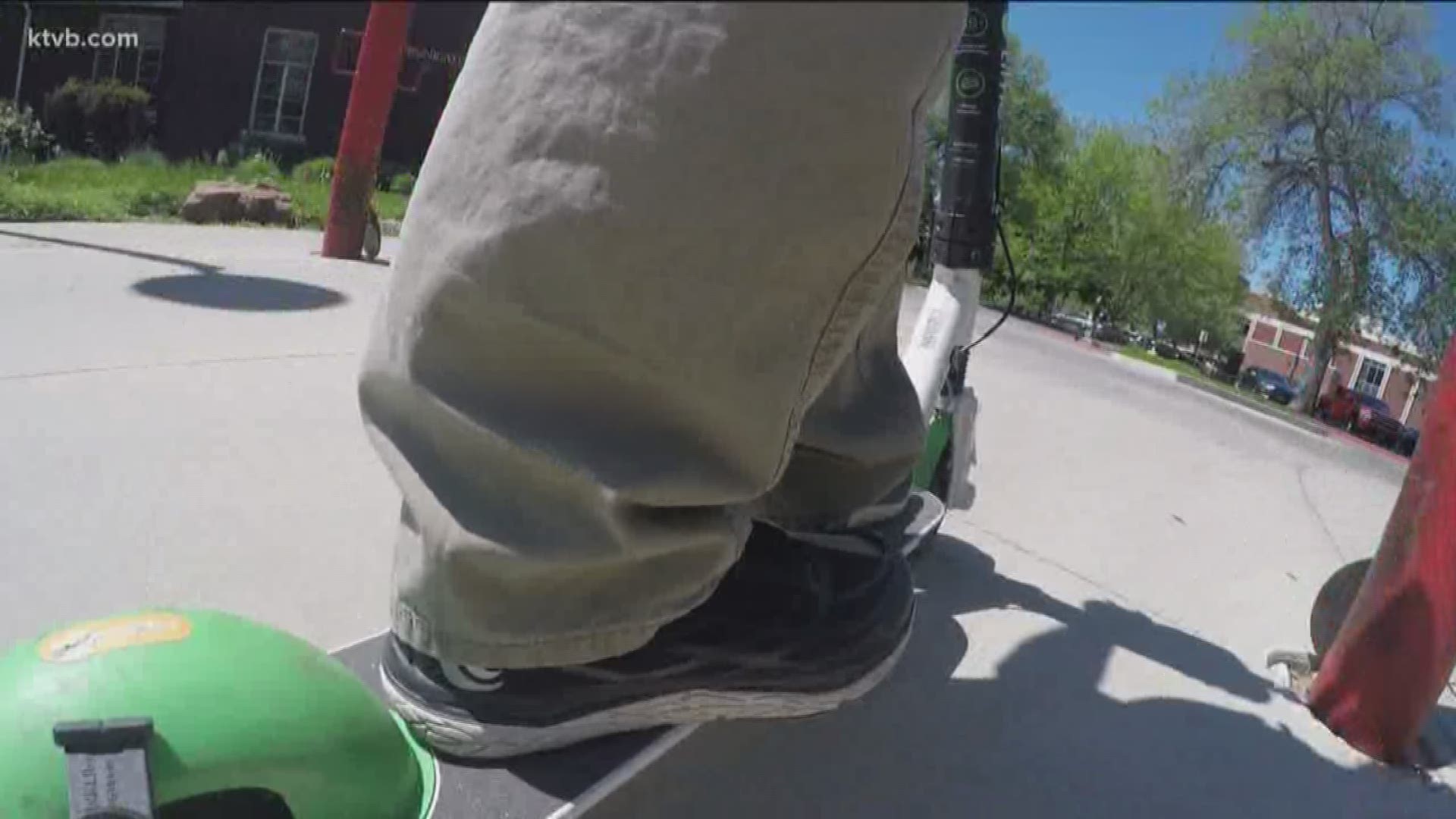 MERIDIAN, Idaho — E-scooters could soon be back on the streets in Meridian, but the company that briefly operated in the city last year - Lime - won't be back, at least not immediately.

The Meridian City Council on Tuesday denied an appeal from Lime, one of two companies that applied to operate in the city.

Lime's e-scooters were briefly introduced last fall, but were pulled off the streets after just one weekend due to complaints from some residents, business owners and police.

The Meridian City Council then set up a committee to review other scooter companies for a possible future roll-out of the popular personal transport devices.

MORE: Meridian takes another step toward bringing back e-scooters

Both Lime and another company, Bird, responded to the city's request, and when it came to safety and customer service, the committee gave Bird a much higher score than Lime.

According to Meridian city attorney Bill Nary, the committee decided to accept Bird's application and to deny Lime's. Lime then appealed the decision.

On Tuesday night, the protest was brought before the City Council where both sides were heard and the appeal was denied.

Keith Watts, the city's purchasing manager, said there are still a few steps before Bird's e-scooters can be introduced in Meridian.

"The next steps will be that we will offer a contract and negotiate our terms and conditions," he said. "Once the contract is signed we will take that before City Council once again for their approval and adoption."

According to Watts, Lime can try again in six months.

"If the City Council decides they would like to do a scooter program next year [application process] will open back up again," he said.

Once the city finalizes the paperwork, the scooters could be up and running through town within a few weeks.

Currently both Lime and Bird e-scooters, along with a third company - Spin - operate in Boise.