The Bureau of Land Management said the Drops Fire started just outside the city near a transfer station and has now spread to an estimated 3,800 acres. 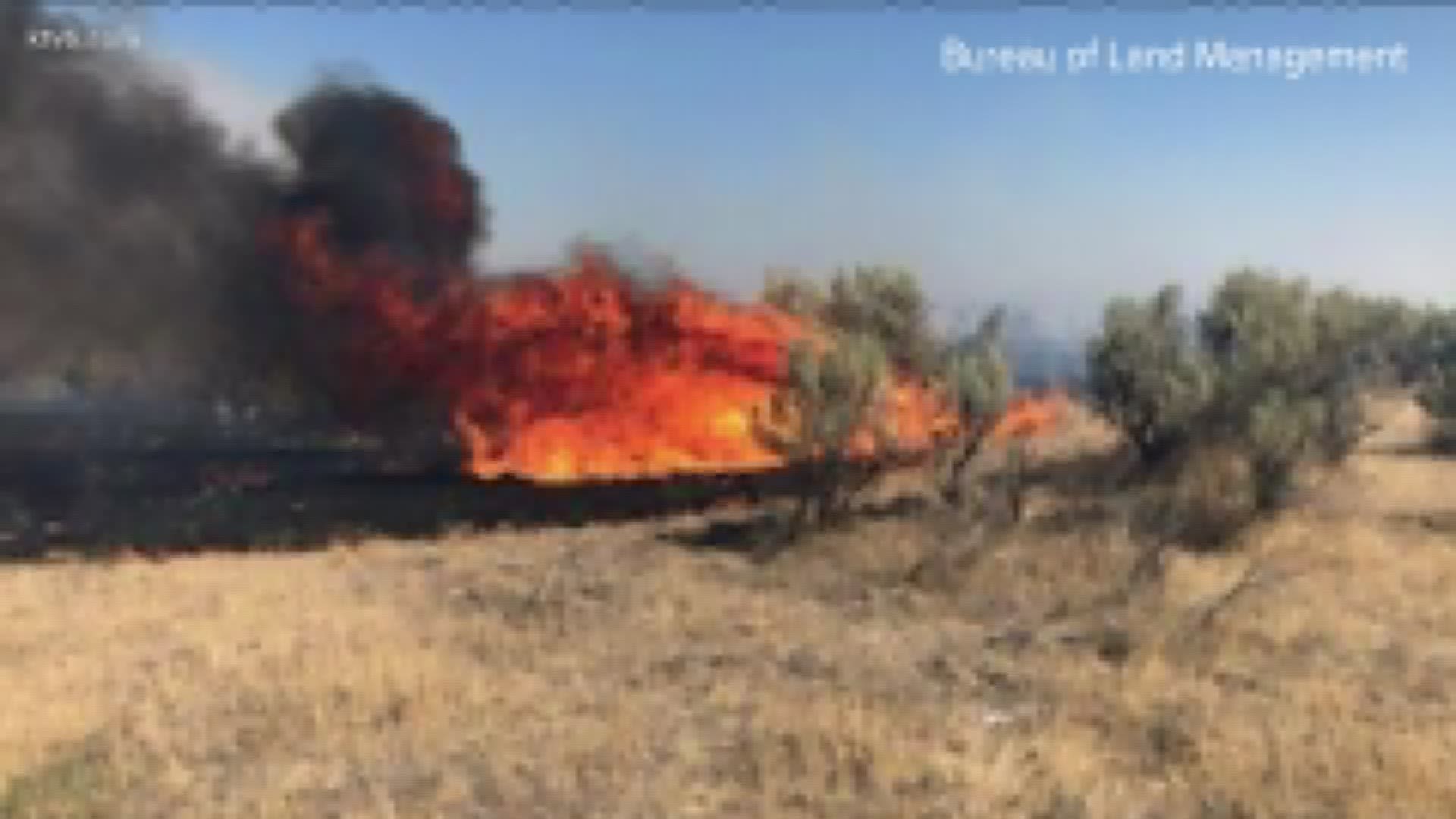 The Twin Falls Bureau of Land Management said the Drops Fire started just outside the city around 10 a.m. near a transfer station and has now spread to 3,827 acres.

Fire crews from multiple local agencies and the BLM are responding, with additional crews heading to the scene.

The fire is spreading quickly due to high winds and extreme fire conditions, according to the BLM. Crews expect to have the wildfire under control by August 6 at 5 p.m. and controlled by 4 p.m. August 2.

Kelsey Brizendine, fire information officer with Twin Falls BLM, said crews are also dealing with difficult terrain in the area, which is making access to the fire challenging.

"The engines are going about as far as they can, then they’re having to use hand tools," Brizendine added.

That means fighting the fire is slow going for ground crews so to help get a handle on the fire, air support was brought in. That includes multiple air tankers and helicopters.

Brizendine said some of the nearby rural fire districts are helping with structure protection in the area, but added the fire is burning away from town. No evacuations are currently in place.

“There are areas of concern and there are structures being threatened but at this point, the town of Shoshone is looking pretty good," she said.

The cause of the fire is under investigation.

According to Brizendine, some of the nearby dirt roads that go onto public lands are closed because firefighters are using them as access roads. Major roads and highways in the area remain open at this time.

The public is urged to avoid the area.

This story will be updated as more information becomes available.