The driver suffered minor injuries in the crash, officials said. 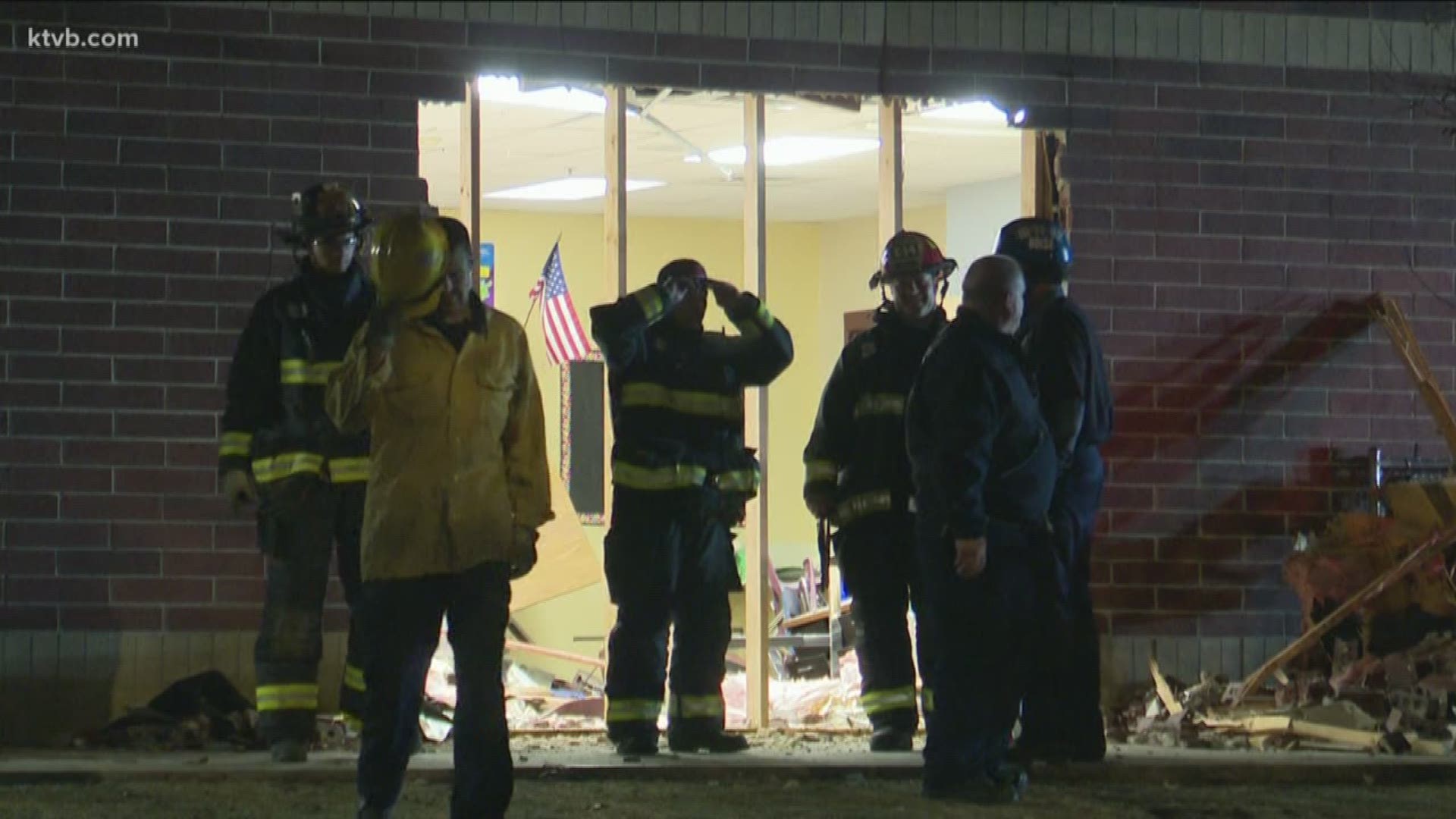 BOISE, Idaho — A young driver was taken to the hospital with what appeared to be minor injuries after crashing through a brick wall at a Boise elementary school.

The Boise Fire Department posted a photo on Twitter Tuesday night showing a pickup truck completely inside a classroom at Pepper Ridge Elementary School, off of South Cloverdale Road.

The school is in the West Ada School District.

No one was in the school at the time and no other injuries were reported. A Boise police spokesperson said the driver was a juvenile but did not give an age.

There is no word on what caused the crash, which happened at about 6:50 p.m., but fire officials said it appeared to be accidental.

Although there is some structure damage, the school's principal, Matt Mura, said classes will take place as planned on Wednesday. The damaged classroom is a health class that was not scheduled to be used Wednesday.

Crews placed support beams up to stabilize the damaged wall. Several desks and chairs were also damaged and debris was strewn about the classroom.

1 / 5
Misty Inglet/KTVB
A driver was injured after crashing through a wall at Pepper Ridge Elementary School in Boise Tuesday night.

RELATED: Driver cited for DUI after crashing into power pole and a chicken coop