The rally, attended by about 150 people, came one day someone tore down and vandalized Pride flags on the campus. 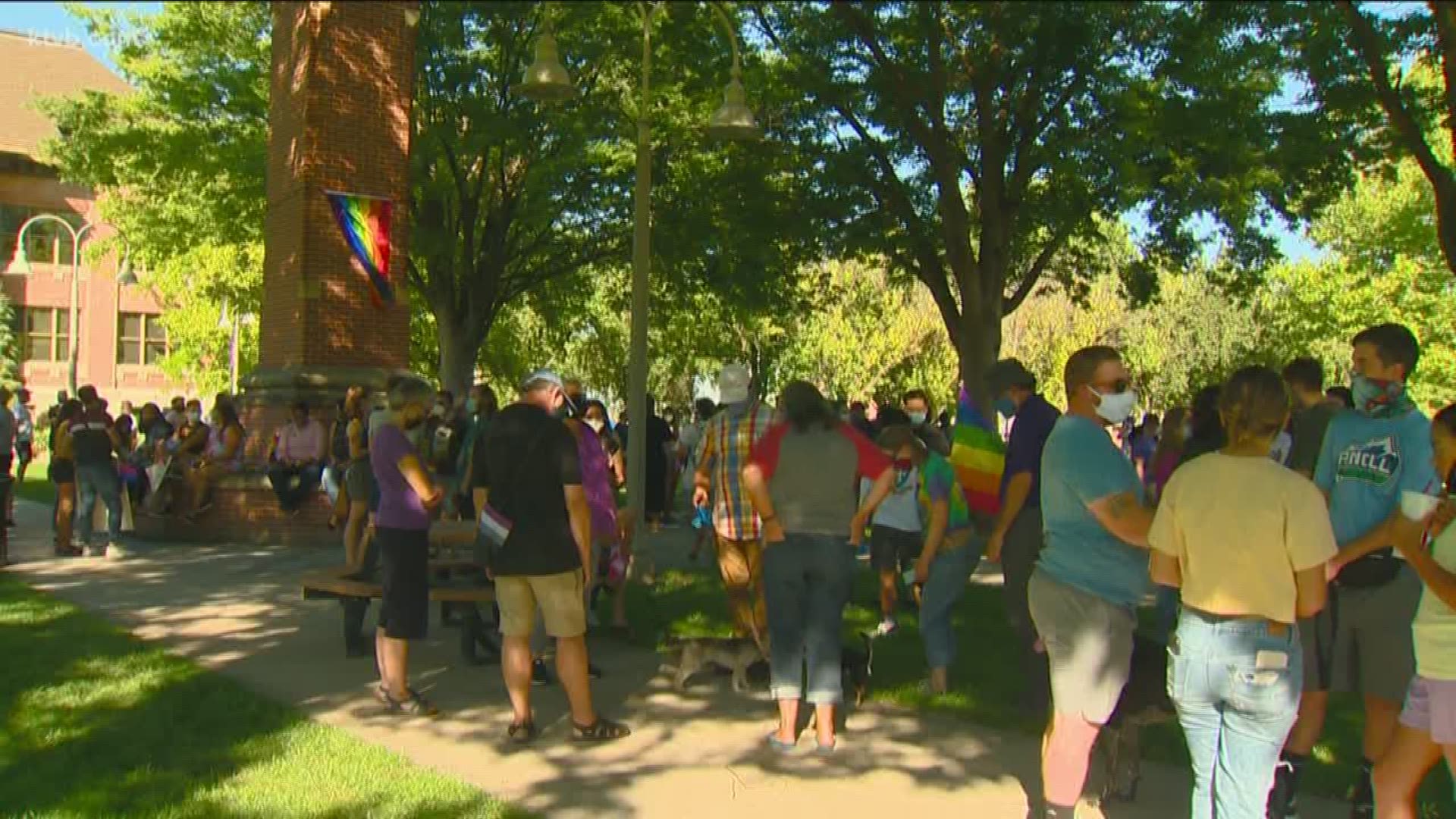 CALDWELL, Idaho — Meeting an act of hate - with love.

That's what the organizer of a rally Thursday night on the College of Idaho campus said his goal for was for the event.

The rally, attended by about 150 people, came one day someone tore down and vandalized Pride flags on the campus.

One of the messages spray-painted on a sidewalk near Sterry Hall read, "Not In My Town."

In a statement on Wednesday, College of Idaho co-presidents Doug Brigham and Jim Everett called the vandalism "an ugly act of hate" and refuted the message left behind.

"An act of hatred against one of us is an act against all of us," the co-presidents said. "It was vandalism and it included the words ‘Not in My Town.’ This is our town and our campus and there is no place for hate here."

RELATED: College of Idaho Pride flags vandalized in 'an ugly act of hate'

And on Thursday, those who gathered on the campus sent a message of their own.

"The hater had the opposite result when he set out divide the community," said Christian Garcia, the event's organizer. "Well the community got together, and now we're here celebrating diversity, celebrating love, and just celebrating who we are as a community."

Garcia added that it was difficult to see the hateful message because it goes against the inclusive philosophy he and other students support.

"I was there, one of the first people to see the message," he said. "I started crying because we didn't [put up the flags] intending to push an agenda, we didn't do this intending to get these people to think like us. We did this to show our students that we're part of the community - and to show everyone that we love everyone no matter what."

The graffiti has since been removed, but the college is asking anyone with information on the crime to contact police. Earlier on Thursday officials released a surveillance photo showing a person dressed all in black, describing him as a "person of interest" in the vandalism.