Interfaith Sanctuary is planning to relocate to the old Salvation Army Thrift Store on State Street in Boise. Not everyone is happy about the plan. 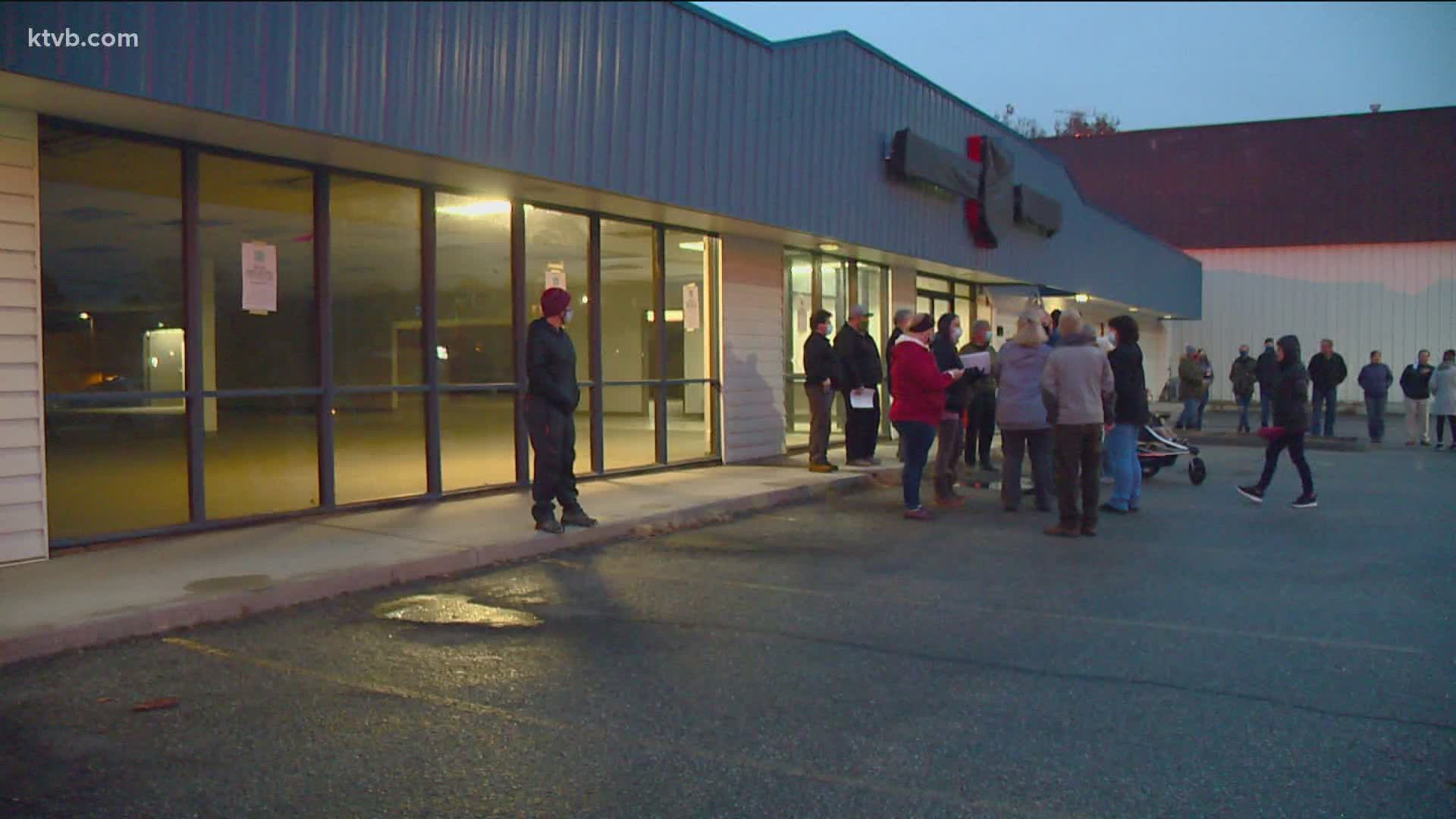 More than 50 people gathered Thursday evening outside the new proposed location for the Interfaith Sanctuary homeless shelter to show their disapproval of the move.

The shelter last week announced plans to move from its current home on River Street to the old Salvation Army Thrift Store on State Street. A neighborhood meeting had been planned for Thursday night, but Interfaith canceled it due to safety concerns after they got reports that hundreds of people would show up.

Neighbors gathered there on Thursday night anyway, expressing concerns about the homeless shelter moving into their neighborhood.

"We are not heartless because we are here," Karen Espinoza said. "We do care about human life but we also care about all of our neighbors and their lives."

Some said they were worried about the safety of children who live nearby.

“A high percentage of [homeless people] have issues with alcohol, drug abuse, mental health disorders and sexual abuse so we do not need that in our area, there are several schools around here and lots of kids,” one woman said.

Pete Barnes, treasurer of The Veterans Neighborhood Association, said he was also against the move.

“It almost seems like in Boise, we are trying to lump all of the poor together and I think that is a very, very bad idea," Barnes said.

Several people pointed to the tragic 2018 death of 3-year-old Ruya Kadir, and the suspected killer in that case, Timmy Kinner.

“Two summers ago there was a little girl who was stabbed by a mentally ill man who lived at the Interfaith Sanctuary,” said Matt Ciranni, president of Veterans Park Neighborhood Association.

"What I can say is, at that time of the incident, [Kinner] was not a guest at the Interfaith Sanctuary, he was actually living at that apartment complex," she said.

According to Peterson-Stigers, the new shelter would be able to provide mental health services and case management to more people that need it.

“We provide the services to help stabilize people with mental health issues and we create safe space and that's part of the cure, is stability and reduction of trauma,” she said.

Peterson-Stigers hopes neighbors will keep an open mind due to the possibilities of the proposed location.

A public meeting is scheduled to take place on February 10. The meeting will be virtual. A link to register will be provided on the shelter's website on February 1.