Olivia Holly did not get the response she wanted from Idaho County when asking for assistance. 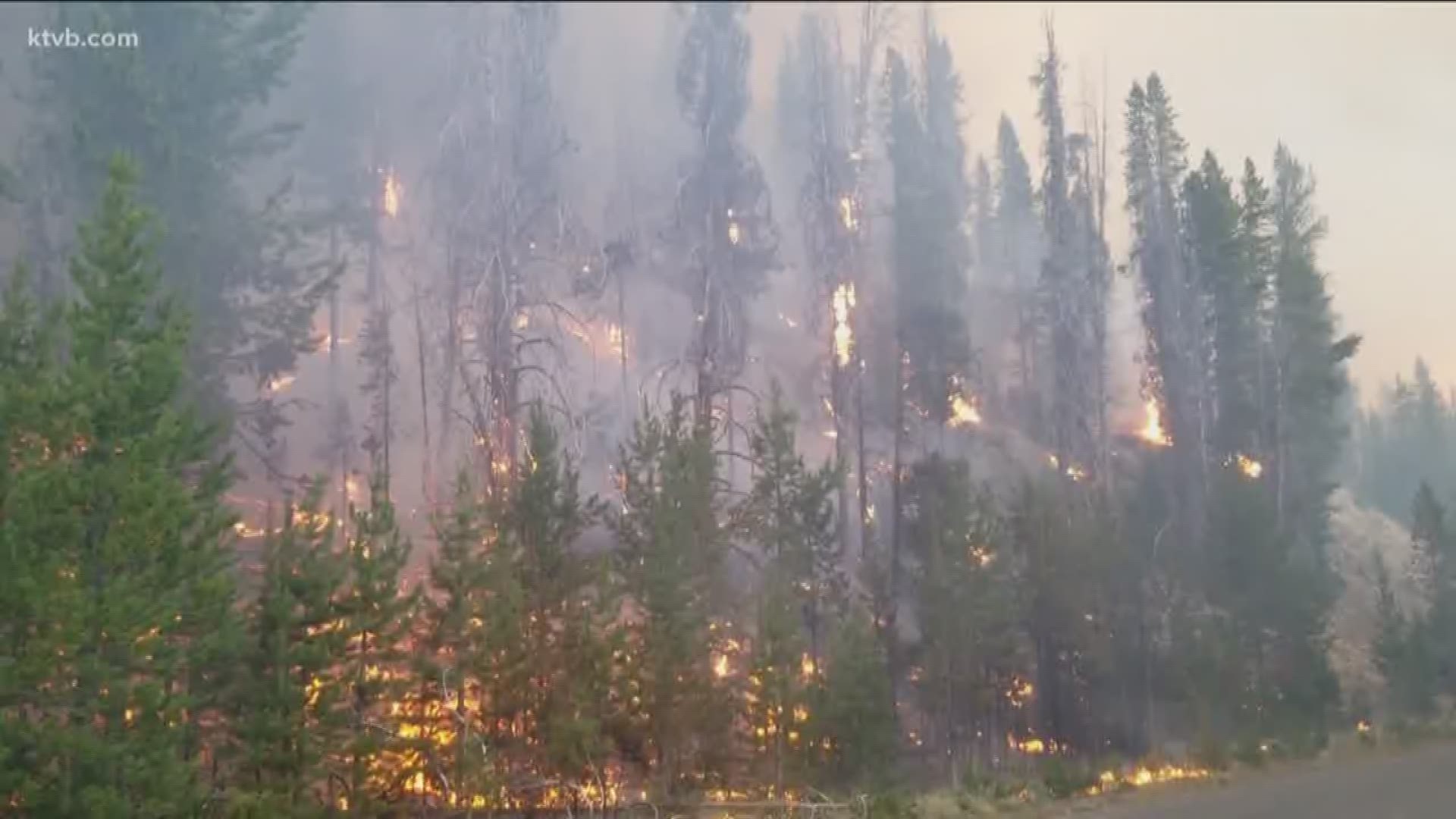 BOISE, Idaho — Olivia Holly evacuated from her cabin in Burgdorf on Sunday. Now she's staying in Boise while flames from the Nethker Fire burning about half a mile away from her summer home.

She's confused why nobody helped prepare her house for the fire when she says she had help in the past.

"The feeling I get is nobody is going to help," Holly said. "It all depends on the wind and luck."

She's unhappy with the lack of assistance she had in fireproofing and spraying her home to protect it from burning embers.

"There are the Forest Service, the Idaho Department of Lands, and Idaho County," Holly said. "They should be able to come up with a plan to help us."

In years past, residents could rely on crews helping to fireproof homes.

Scott Harris, the longtime owner of Burgdorf Hot Springs told KTVB this week that, in 2014, forest service crews helped defend his buildings against nearby flames.

"They did an amazing job in wrapping the buildings in foil and fire retardant and spraying them down," Harris said. "So it was a full-blown effort in protecting the structures."

The reason homeowners are now on their own? According to Payette National Forest spokesman Brian Harris, Idaho County leaders decided to not sign a reciprocal agreement, which would have matched resources between county and federal fire agencies.

While the Payette National Forest is in a full-suppression mode, firefighters' priority lies with the protection of public lands - not private.

Holly's cabin is technically on public land and has the permits to be there, but her cabin is still considered private property.

If the county can't afford to protect structures, the Idaho Office of Emergency Management is ready to help from the state level. A spokesperson for emergency management told us they have been on standby waiting for a call for assistance from Idaho County, but the call still hasn't come.

"He told me that he had the authority, but he would not do it," Holly said.

Brandt said fires are nothing new for Idaho County, and if people decide to live in a rural area, that's on them.

"If you wanna live back in the trees in that perfect environment do it," Brandt said. "But when you do it, don't look at your neighbors to rescue you when you've built where you shouldn't have built."

Holly said the commissioner told her that he has full authority to order protection to her cabin if he wanted to.

Brandt said he is not willing to spend taxpayer dollars on sending crews up to Burgdorf.

Meanwhile, Holly is worried that her cabin will catch fire.

"It feels like everyone is sort of passing it off to everybody else and in the meantime, we are going to lose structures," she said.