'Doing nothing is not an option': BLM hopes to slow down wildfires across the West with more fuel breaks

The Bureau of Land Management held the first of 12 public hearings in Boise on Tuesday. 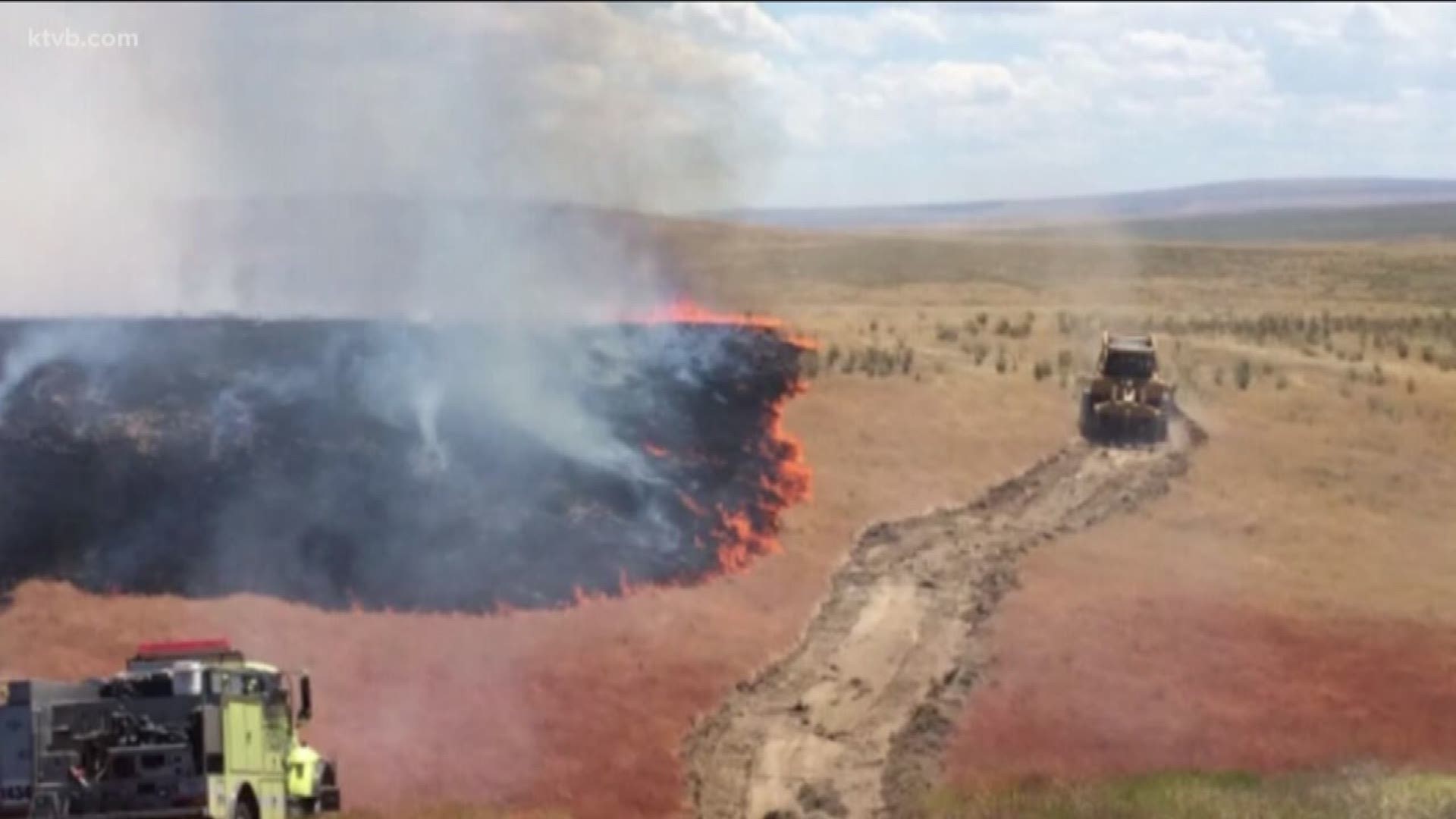 BOISE, Idaho — The Bureau of Land Management is hoping to slow down wildfires with a proposal that would place more fuel breaks across a large portion of the western United States, known as the Great Basin.

The Draft Programmatic Environmental Impact Statement for fuel breaks will analyze a system of up to 11,000 miles of strategically-placed fuel breaks to control wildfires within a 223 million-acre area. That area includes portions of Idaho, Oregon, Washington, California, Nevada and Utah.

On Tuesday, BLM-Idaho held a public hearing at the Red Lion Boise Hotel on Fairview.

“We don't expect a fuel break will always stop a fire, we do expect it to slow down a fire and that buys time for firefighters to get the right crews, and the right equipment to the right place and start doing something about the fire,” said BLM spokesman Ken Frederick.

Fuel breaks are essentially a corridor or a strip of ground that slows down a wildfire.

When a wildfire burns into a fuel break, the flame lengths decrease and the progress slows down, which makes it safer and easier for firefighters to control, Frederick said.

The fuel breaks would be strategically placed along roads and BLM-managed lands.

“Doing nothing is not an option," Frederick said. "We feel as land managers or stewards of public land, this is a step we need to take.”

RELATED: BLM: Sparks from vehicles a top cause of Idaho wildfires

Tuesday’s public hearing is just one of 12 across the Great Basin. A hearing will also be held in Twin Falls and Idaho Falls on July 16 and July 17. Anyone who is not able to attend the public hearings can write or email BLM directly.

You can find a full list of hearings here.

If all goes as planned, BLM could start building fuel breaks by the fall.

RELATED: You Can Grow It: How to plant firewise landscapes around your home