Dogs and cats from Texas arrive in Boise

Dog Is My CoPilot flew in 22 dogs and four cats affected by Hurricane Harvey on Friday afternoon. 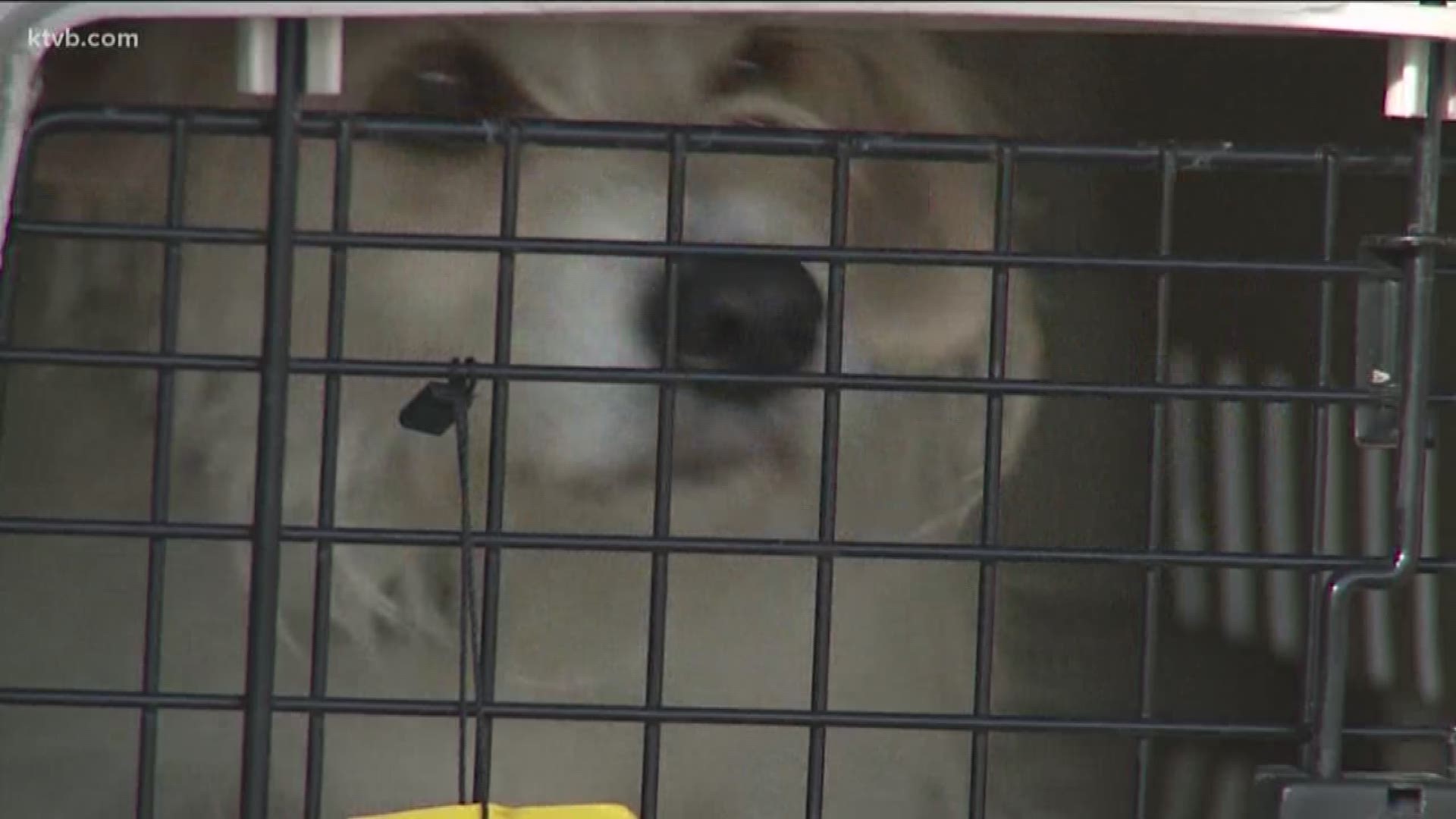 BOISE - On Friday afternoon, a plane landed in Boise with some of the most vulnerable victims of Hurricane Harvey in Texas.

With so much devastation and nearly 40,000 homes flooded, you can just imagine how many pets and strays were affected.

Some of those animals arrived in Boise via plane on Friday. Dog Is My CoPilot, a nonprofit animal air rescue organization, flew the animals to Boise from Texas. The Idaho Humane Society offered to help out an overwhelmed Texas animal shelter and received 22 dogs and four cats.

Animals from Texas arrive in Boise

1 / 13
Dog Is My CoPilot flew in 22 dogs and four cats affected by Hurricane Harvey to Boise on Friday afternoon.

This isn't the first time the Idaho Humane Society has partnered with Dog Is My CoPilot to help out.

"They're taking animals from overcrowded shelters or shelters with limited resources and bringing them to facilities that can find them homes," Allison Maier with the Idaho Humane Society said.

Maier says this transfer is unusual because many of the animals are already spayed or neutered, which means they may be available for adoption as soon as this weekend.