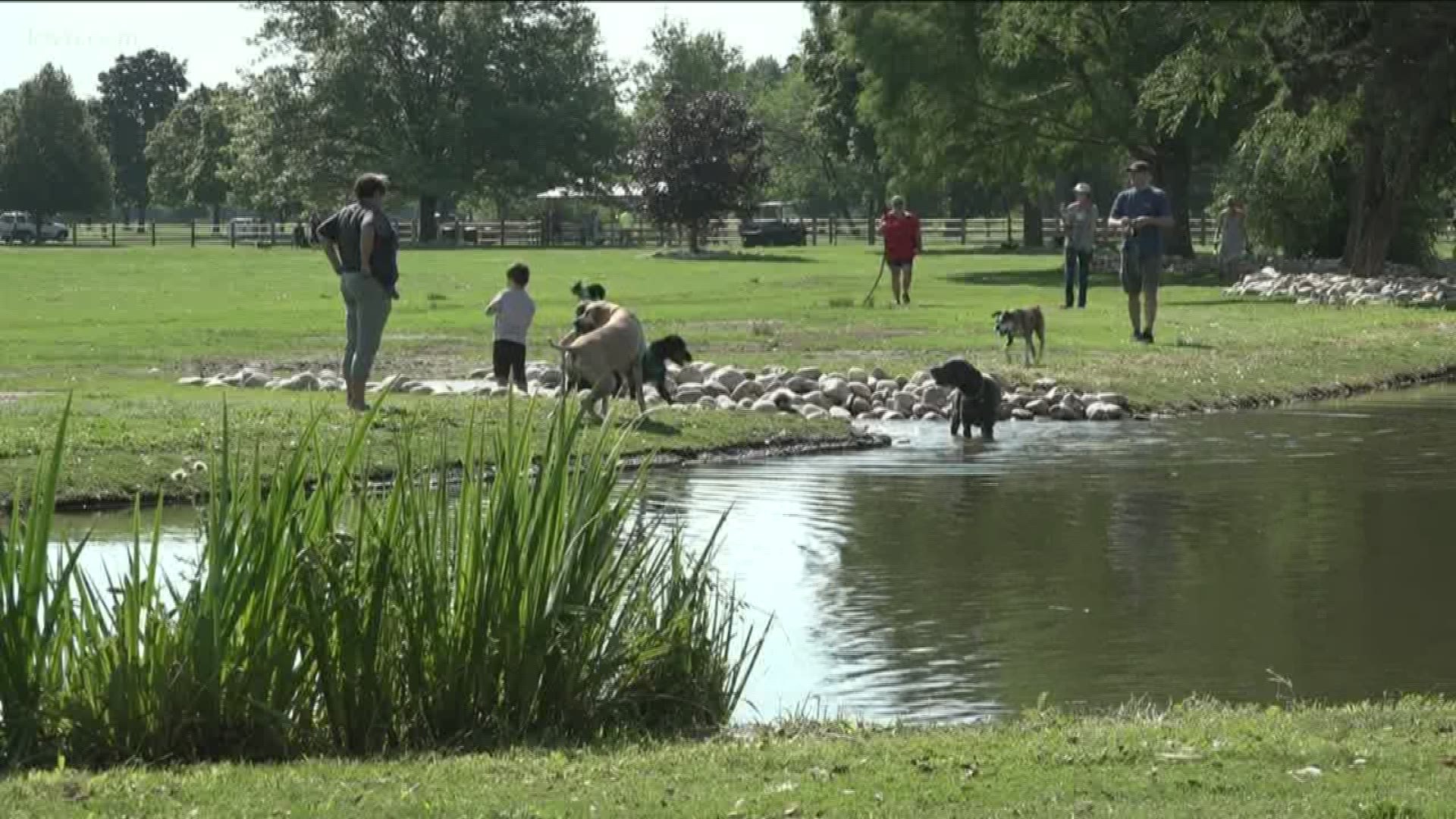 BOISE, Idaho — Teresa King and her family used to drive to Nampa to find a dog park with green space, but now she has five acres close to home at Ann Morrison Park in Boise.

"This has just turned out to be perfect for our furry little families to come here and hang out and swim and be apart of this fantastic thing," King said.

Boise Parks and Recreation Director Doug Holloway said dog owners had been asking for a new off-leash park for some time. And it certainly doesn't hurt that Dog Island is centrally located in one Boise's most popular parks.

"We really didn't think it would happen this quickly," Holloway said. "We did get contributions from the Together Treasure Valley consortium and also from the Harry Morrison Foundation and that coupled with the mayor and council's allocation of some additional funding from the city."

The site includes a 5.4-acre active dog area, a fenced "shy dog" area and opportunities for dogs to swim and play in the surrounding pond. Two picnic shelters have been installed along with nine park benches.

Before it was dog-country, ducks and geese roamed the southwest corner off Ann Morrison Park, causing a buildup of feces on the pond bed.

"It was not only a dog park construction project, but it was also a water quality improvement project," Holloway said.

Crews dredged the pond that surrounds what is now 'Dog Island' and removed the material from the bottom of the pond before refilling the water.

"So it's a clean, fresh water [and] it's safe for dogs," Holloway said.

While the city has, in the past, allowed dogs to go off-leash in parts of the park during the winter months, this is the first permanent off-leash area in Ann Morrison Park's 60-year history.

By all accounts, dog owners, including King, are thrilled with new dog-friendly option along the Boise River.

"I just wanna thank Boise for allowing this to happen," King said.