The city of Boise has crafted ordinances which aim to mitigate problems dockless bikes and scooters have caused in other cities. 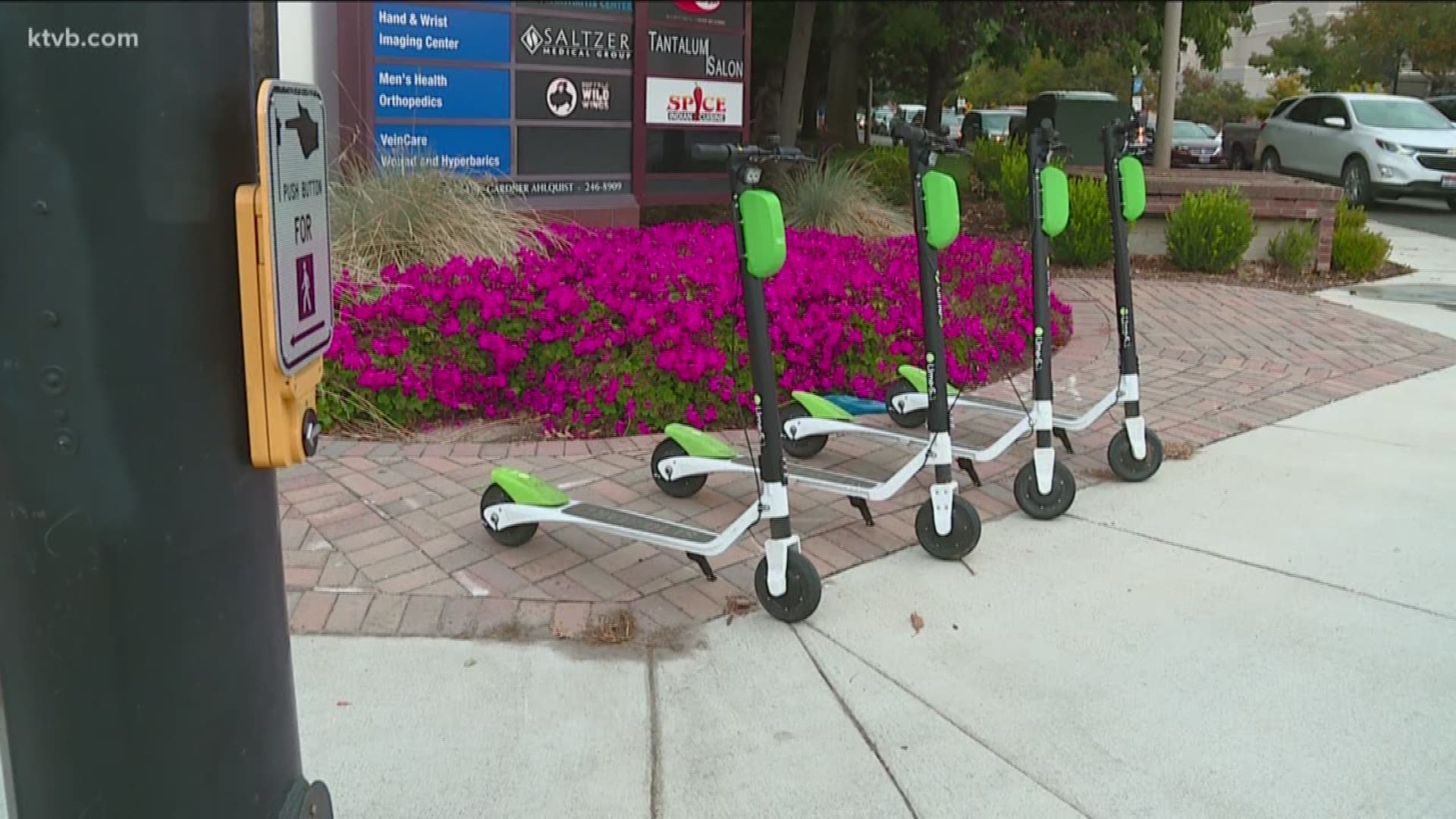 BOISE — Dockless bikes and electric scooters are becoming a popular but somewhat controversial transit trend around the country.

They have already been taken off the streets and operations are suspended after Meridian city officials say the company violated its agreement.

In just a few weeks, Lime and Bird, another dockless company, will roll out the electric scooters in Boise.

Before the bikes and scooters hit the pavement in Boise, KTVB wanted to know how the city plans to avoid problems that arose in Meridian.

City spokesman Mike Journee says Boise has crafted ordinances that aim to discourage bikes and scooters from being left around town.

"For every bike that comes in there is $100, there is a $20 deposit, then a $100 fine for bikes that are in places they are not supposed to be if they are not mitigated immediately," says Journee.

"We have designated certain areas as a place where you cannot park these and through the bike app, it should tell the user they can’t park here."

Journee also says only 750 bikes and scooters total will be allowed in the city, each company limited to 250 units.

"We feel like we are in a place that allows us to be cautiously optimistic about what a company like this can do for downtown mobility and mobility around the city and try to avoid the pitfalls we have seen in other communities including Meridian," Journee said.