Dockless bike-sharing company looks to open up shop in Boise

Lime Bike allows riders to park and leave the bike anywhere when they're done. Some are concerned about the problems this business model could create in Boise - as it has in other cities. 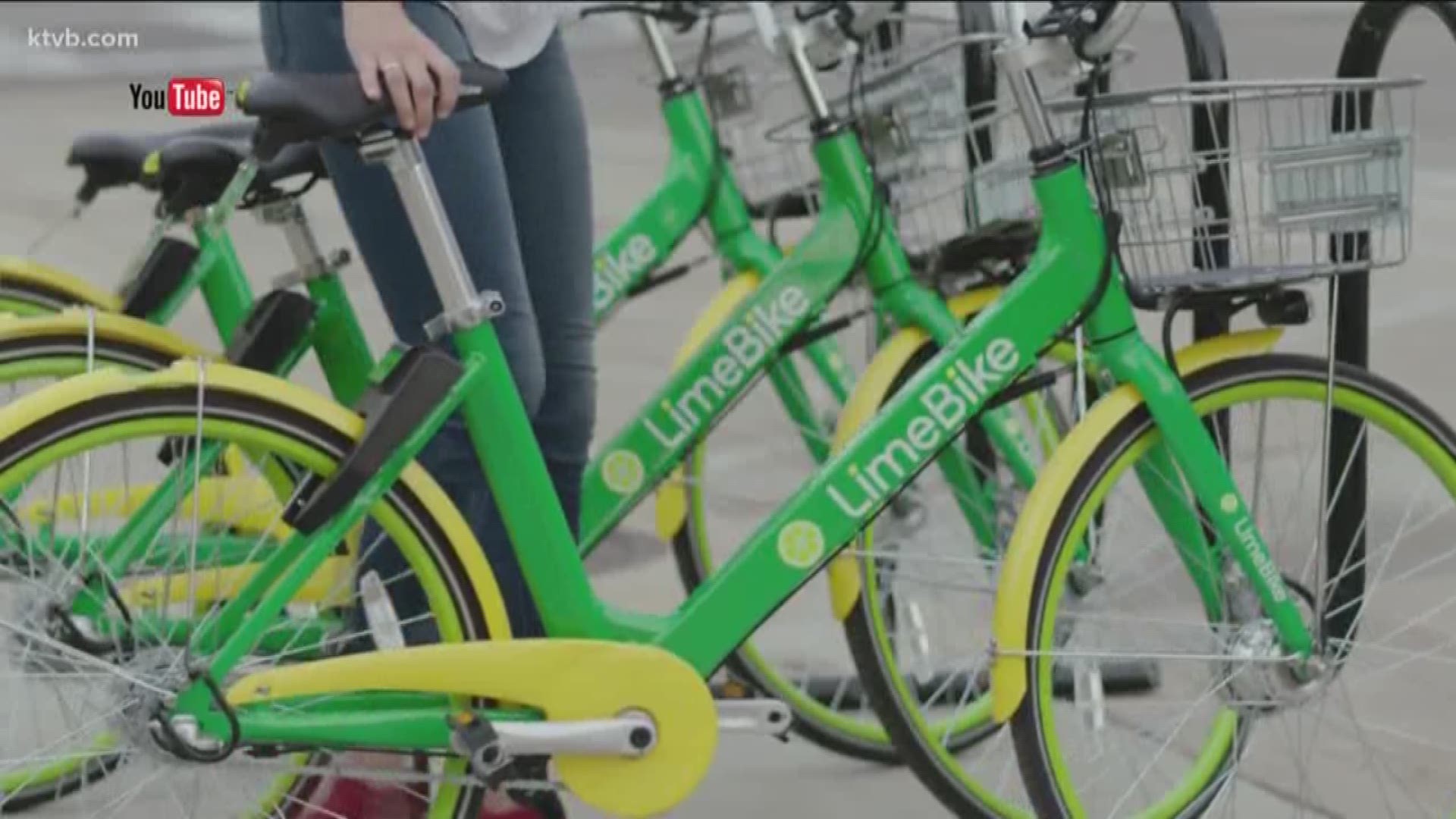 BOISE - A dockless bike share company is looking to open up shop here in the Treasure Valley.

So it only makes sense for companies like Lime Bike to open up shop in the City of Trees. At Tuesday's City Council meeting, the bike share company expressed its intent to do so.

"The mayor and council have been aware of dockless bike programs that are going on around the country and Lime Bike is the first one that has said, 'hey we would like to come to your community,'" says Journee.

Lime Bike works like this: Riders use an app to find a bike, ride it for $1 per 30 minutes and then park and leave the bike when finished.

"We also have electric assist bicycles as well as electric scooters and those are $1 to unlock at 15 cents per minute," says Gabriel Scheer, Lime Bike's director of strategic development.

But some are concerned the Lime Bike model presents potential problems, including the city of Boise.

"What we have heard in other places are things like bikes being left in odd places," says Journee.

And the director of Boise Green Bike, which has been around the City of Trees for about three years, isn't keen on the idea.

"It would create clutter on the streets, especially here in the downtown core where the sidewalks are being used for multiple purposes,' says Dave Fotsch, director of Boise Green Bike.

Scheer acknowledges that riders leaving bikes in irresponsible places is a challenge in other cities. But says those places are adapting by building more places where riders can park.

"Generally parking is one of our bigger challenges and when you think of it that's because cities have been built to accommodate cars for the last 120 years," he said. "It makes perfect sense that there would be a rub like that for a while as cities adapt but we're starting to see cities acknowledge that."

Lime Bike doesn't need approval from the city to operate in Boise. It only requires a business license from the secretary of state. Scheer says he doesn't anticipate Lime Bike coming to Boise before mid-summer.