Delaney Phillips fought her way back from serious medical issues her freshman year, only to learn last week that the university was eliminating the swimming program. 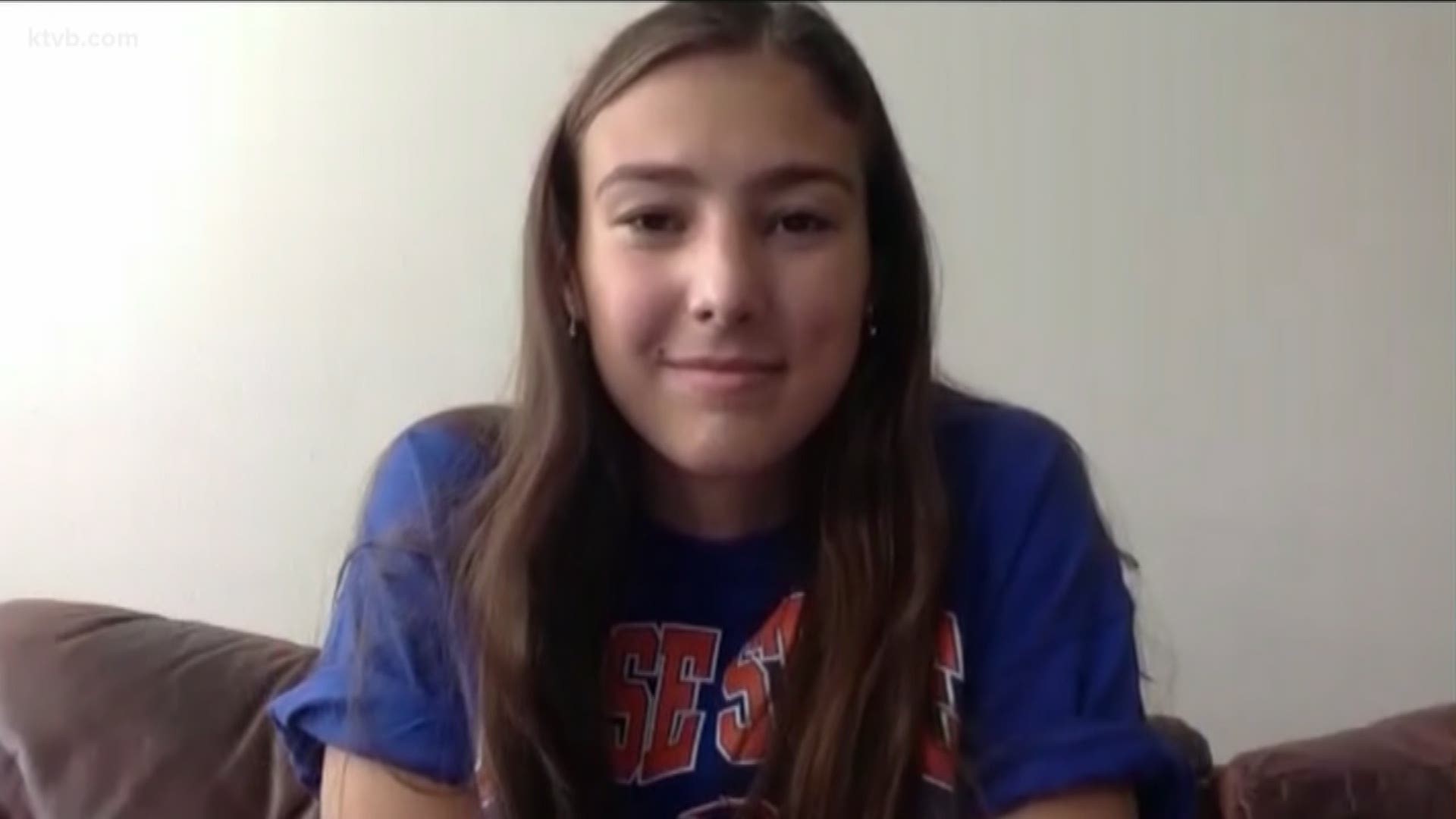 Not long after arriving on campus last fall, Phillips was diagnosed with a malfunctioning kidney. She landed in the hospital for nine days after she became septic with E. coli.

With the support of Boise State Athletics, her coach, and her teammates, Phillips' condition stabilized and she was allowed to return to the pool for competition in early November.

Phillips went on to compete at the Mountain West Championships in February, where she recorded personal-best times in four different events.

Since the season wrapped up, Phillips has gone through four different surgeries in order to more permanently fix her kidney.

Clearly, Phillips is a fighter. After Boise State eliminated their swimming and diving program, she immediately organized a pledge page to aid the efforts of potentially saving the program.

KTVB Sports Director Jay Tust recently caught up with Phillips to talk about the adversity she faced over the last year, along with why Boise State means so much to her.

JAY: Delaney, I know that it's been a pretty tough week for the swimming and diving program. What was your initial reaction to the news when you heard that they were cutting it?

DELANEY: "Well, actually, I didn't hear the news directly from my athletic director. I was in the pool training when the news hit. I found out the news the same way that everybody else did, from all the media. My initial reaction was just to bawl my eyes out."

JAY: You just completed your freshman year, and it was a rather interesting year for you.

DELANEY: "Yes, it was a very tough year. In October, I became septic with E. coli because my kidney back-flowed, and I spent nine days in the Meridian St. Luke's Hospital. It turns out that I had an artery that was grown over my ureter tube, which connects the kidney to the bladder. It was pinching off all the flow of urine so I never had a working kidney my entire life. The doctor said that since I've lived with it for so long that I was going to be able to continue my freshman year and swim.

So on November 1 - my birthday - I got the best present ever and I got to swim in my first collegiate meet. I worked really hard the rest of the season. Me and my coach, Christine Mabile, worked super hard. I was able to compete for Boise State at the Mountain West Conference Championships. Then, since all the athletes were sent home due to coronavirus, I've had four kidney surgeries in a month and a half. I'm on the rehab train. I have five incisions in my stomach, and there are still stitches in my body." 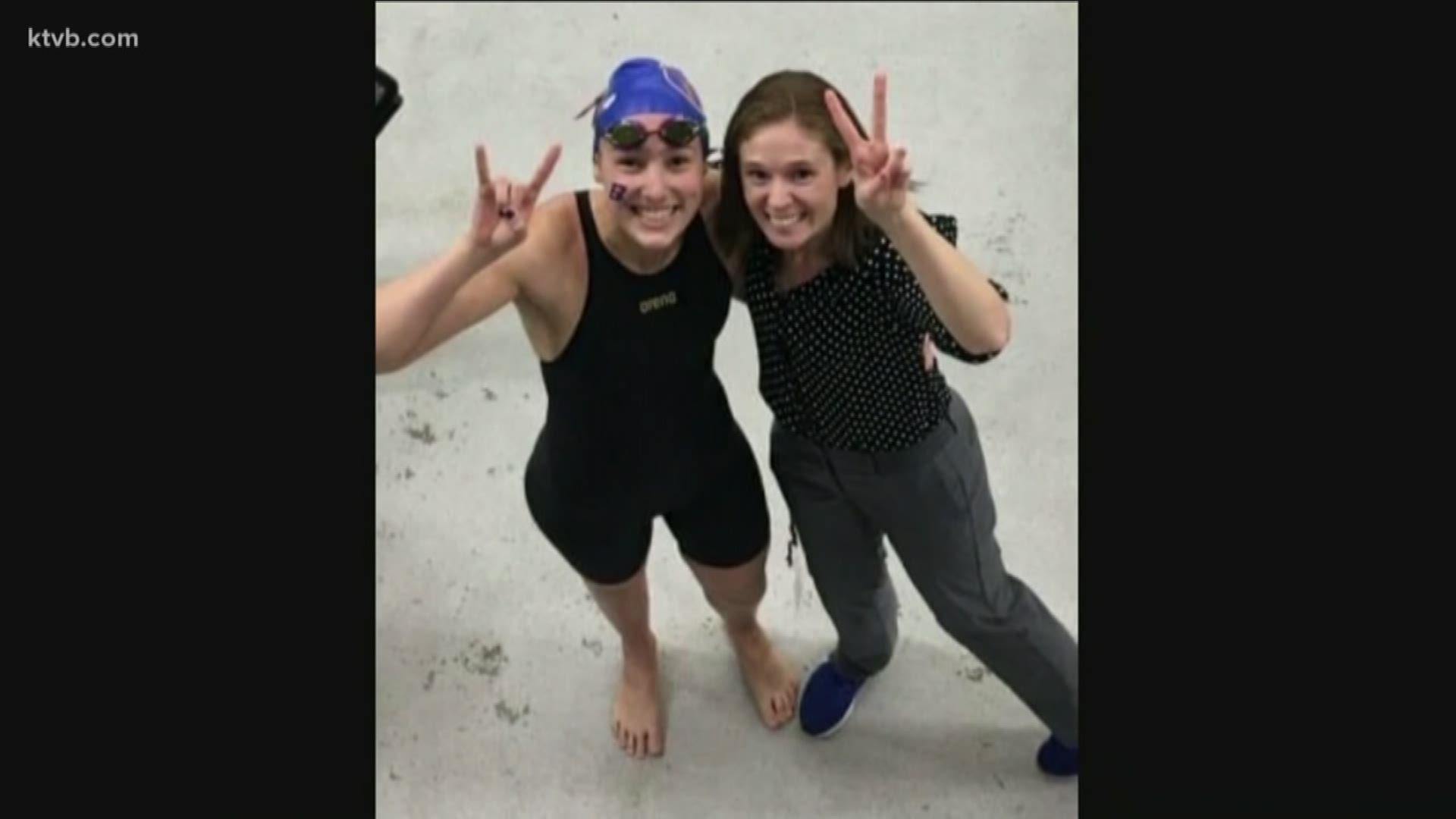 JAY: So as you move forward, are you going to be able to swim again? Is there any concern?

DELANEY: "No, there's no concern at all. My kidney is completely fixed."

JAY: Despite, you know, what happened this last week and there being some hard feelings, how did Boise State respond when you needed them?

DELANEY: "So when I went to the hospital, they were so great. Literally everybody from the athletic department came. My mom actually had to fly down to be in the hospital with me because we had to make some really tough decisions. [Boise State] paid for her hotel, for her, flight, for her work missed. My coach was there every single day. Every single day she came after morning practice and every single day she came after night practice. All my teammates came. If I had any post doctor's appointments or tests, Boise State took care of it all. Just the whole staff was awesome and they really took care of me and my family."

RELATED: 'I want to fight for it': Boise State baseball commit joins players and coaches in effort to save the program

JAY: How do you balance out this wide range of emotions? Because obviously you've had a great experience at Boise State, but you also might not get to continue the experience as you previously knew it.

DELANEY: "I'm devastated. I love my coaches, I love my team with all my heart, and it's super sad, too, because a bunch of my best friends are on the baseball team. They're in the exact same position as me. I actually started a Google Form Sheet, right now where we're taking pledges. We basically need 200,000 people to donate $5. There is this great scene and Finding Nemo where Dory and Nemo are stuck in the net, and they just have to get all the fish to swim down. If we all swim down and donated $5, we'd still have a swim program. and a baseball program."

JAY: Delaney, to my understanding, I've had the chance to speak with multiple athletes, and they said that in the Zoom meeting on Thursday after the announcement was made, that you guys were informed that there's no amount of money that you could fundraise that would save your programs. So why are you trying this pledge page route?

DELANEY: "So, we were informed of that, but there's always a way. If we raised $2 million, I don't know how anybody could say no. I guess I'd rather try than not try. I love being a Boise State athlete. I walk into Albertsons and people like, 'you swim for Boise State!' People know your name. The community, it's so great. I don't want to spend the next three years anywhere else but Boise. I plan on after college starting a family and living down there. It's really upsetting when you work really hard and you pick a school, and that you think that's your school, and then all of a sudden the one thing that you love the most is completely taken away from you."