Fire officials are crediting fire-wise landscape for saving two threatened homes in the foothills from a grass fire Sunday. 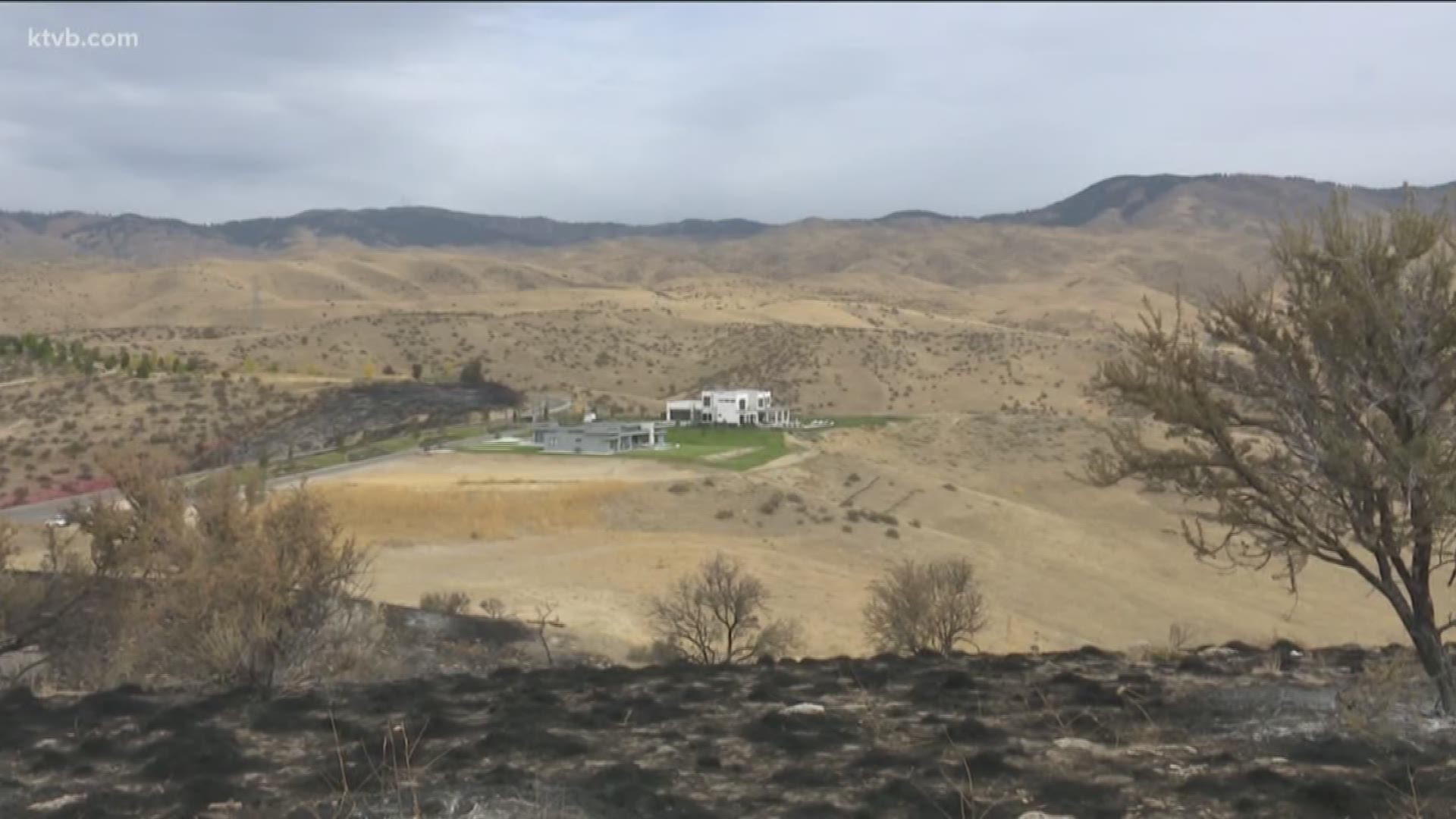 BOISE — Sunday afternoon, fire crews were dispatched to Bogus Basin Road near the intersection with West Baker Ridge Lane where a fast-moving grass fire was torching the area.

And if it wasn't for that, McAdams says the homes could have likely caught fire.

"They have the right kind of plants around their house, there are no flammable plants within the home ignition zone," McAdams said.

The ignition zone is the area within zero to five feet from a house.

"That area right around the house is most critical, any pine needle debris, leaf debris, stuff that can land on your roof and around your foundation, that's critical to keep that stuff clear of your house," McAdams said.

McAdams says Juniper and Arborvitae are plants to avoid in the ignition zone.

Instead, the houses threatened in Sunday's fire feature grass, which is good for fire resistance, and were built with the threat of wildfires in mind.

"The homes were built to current Wildland Urban Interface codes, and so they were resistant to ember intrusion and that kind of thing," McAdams said.

The cause of Sunday's fire is still under investigation.