The college's board of trustees said Bert Glandon has done a great job as president, helping to grow the college from 3,000 to 30,000 students. 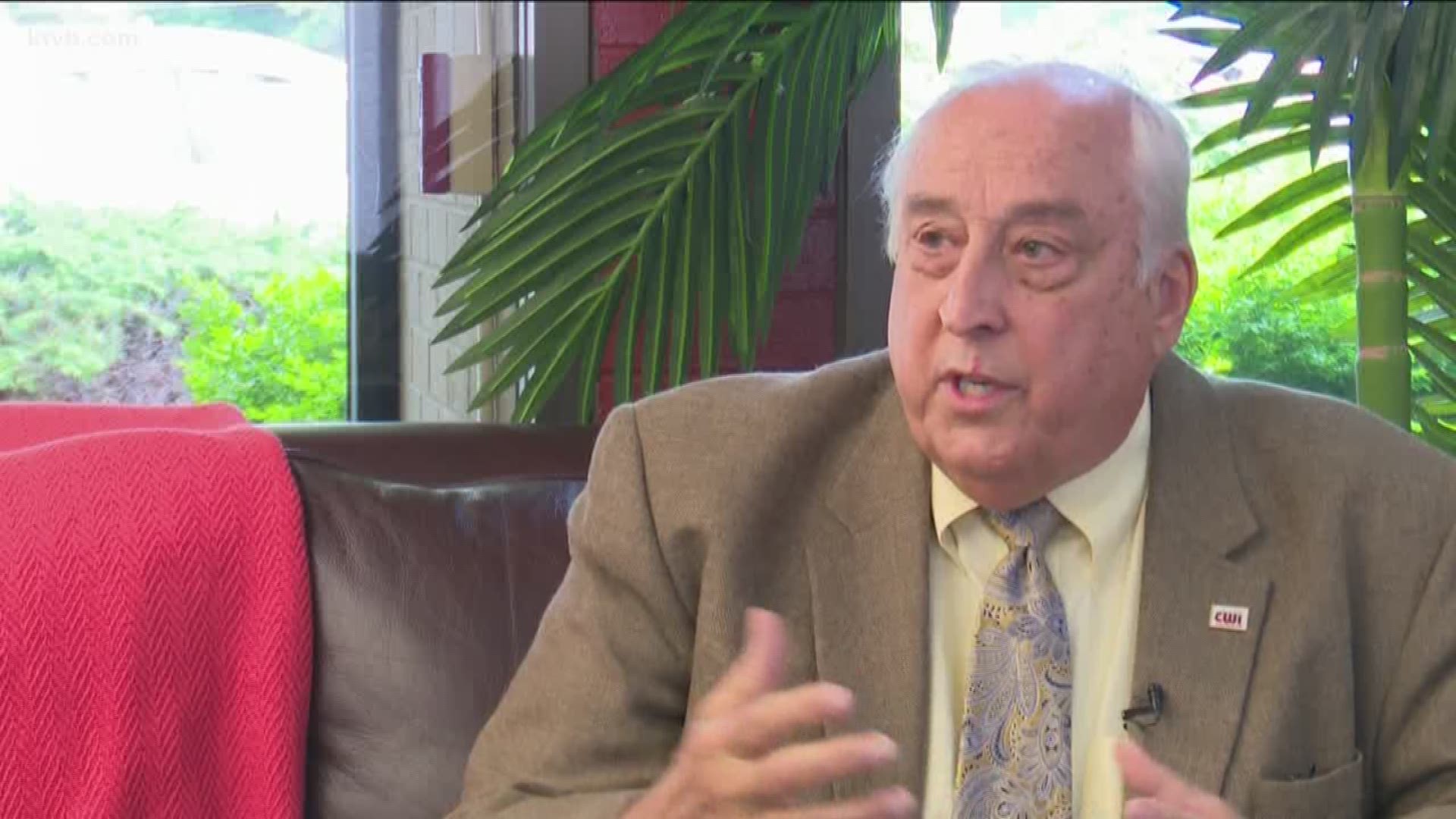 NAMPA, Idaho — A community college president got a contract extension and a raise after losing the confidence of a majority of the full-time faculty.

Bert Glandon has been president of the College of Western Idaho since its inception 10 years ago. On Monday, the board extended his contract for another year and gave him a two percent pay raise.

"I think the continuation is a recognition of the unbelievable job Bert Glandon has done as president of College of Western Idaho,” said Skip Smyser, chairman of the board for CWI.

This comes just a month after a poll by faculty members showed about 70 percent of them believe there is a culture of fear surrounding Glandon and the interim provost John King.

“We had 146 faculty members who were polled, 25 of those faculty abstained and of the remaining faculty, 70 percent agreed they had no confidence in the current president and 30 percent were against that,” said Stephanie Ritchie Breach, president of the faculty senate and a professor at the school.

The college's board of trustees said Glandon has done a great job as CWI president, helping grow the college from 3,000 to 30,000 students. Faculty say they're concerned that they're not being included in big decisions that not only affect them, but their students as well.

"I think a little disagreement is healthy, that doesn't scare me at all," Smyser said. "That shows we're alive and dynamic. We're going to keep moving forward and hopefully we can do that together."

That poll not only showed that culture of fear around the administration, but it also said those faculty members had no confidence in the president or his administration.

“As a professor, if 70 percent of my students said they had no confidence in me as their instructor, I certainly would not be getting a raise,” Breach said.

Glandon told KTVB in an interview Wednesday, that part of the problem is the fact the college is trying new things when it comes to teaching students.

"We need to make sure we're consistently responding to business and industry and to the student's needs,” he said. “We’re moving more and more towards skillsets, as opposed to degrees, certificates and diplomas.”

He added that those changes are making some faculty members uneasy.

"It's threatening sometimes to say we're going to change how we're going to deliver higher education. Well, that means my job changes,” Glandon said. “In the career and technical area, we have a lot of business and industry that says I need this skillet and I will hire these people if they have this skillet.”

According to the poll, faculty say it's not so much the changes concerning them, but the lack of voice they have when it comes to making those changes.

"The college was talking about moving to eight-week terms but without really talking to faculty and students about that,” Breach said. “We’re concerned about a lack of communication between admin and faculty and this is not new, this isn’t something that happened this year.”

RELATED: What's next for College of Western Idaho after $39M levy narrowly failed

Moving forward, the board and Glandon say they're going to be more open when it comes to decision-making.

Not every faculty member said they had 'no confidence' in Glandon and his administration. Eight faculty members in support of Glandon wrote a letter to the board saying the vote served no purpose other than to paint CWI as a whole in a negative light.