At one point, the fire burned close to homes near the River Birch Golf Course, but no damage has been reported. 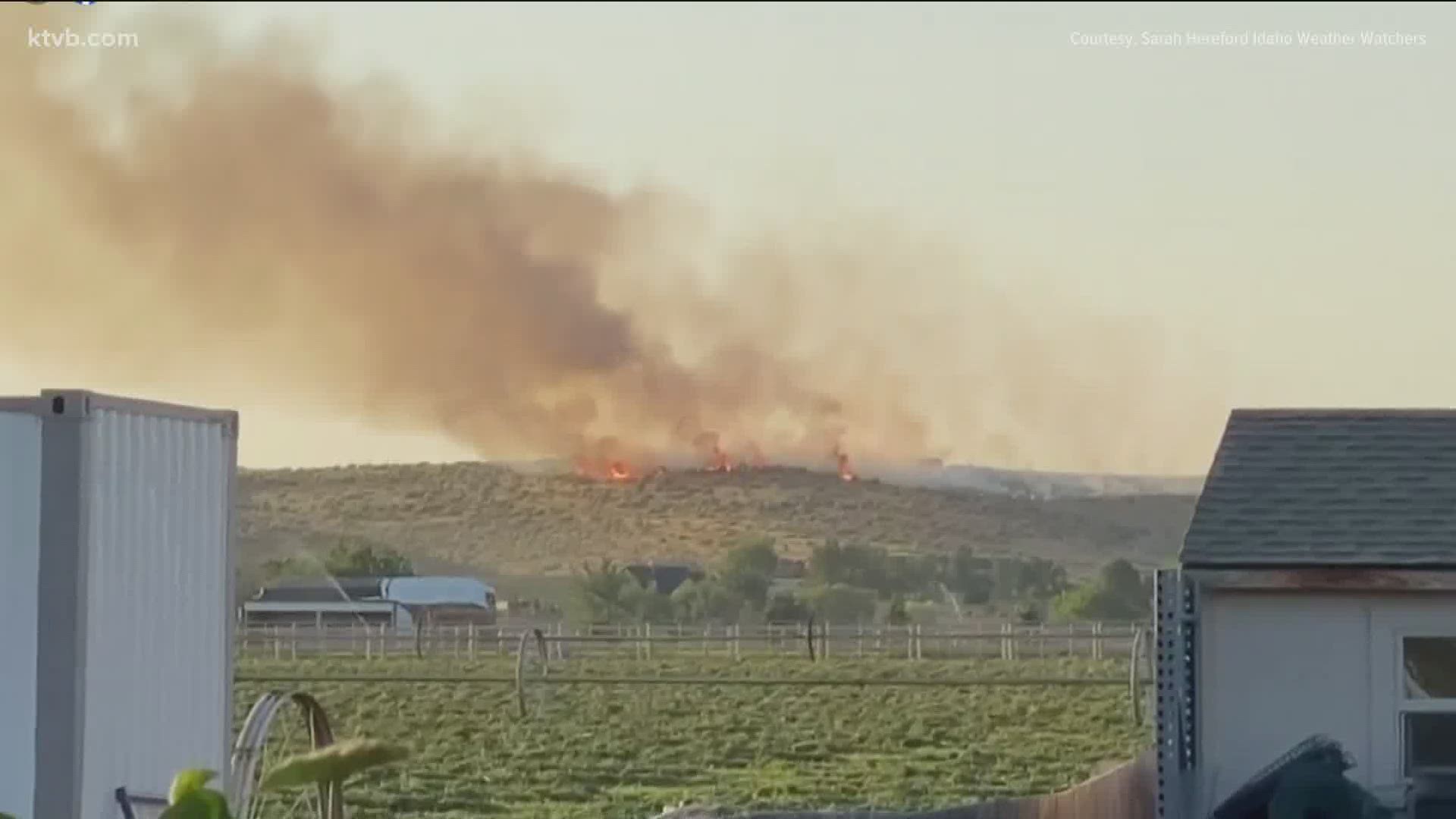 EAGLE, Idaho — A grass fire that burned several acres near Eagle Monday evening is believed to have been started by people.

Bureau of Land Management spokesman Jared Jablonski said the fire is still under investigation, and officials have not yet released how they believe it was sparked.

The fire started at about 8:15 p.m. Monday night near the intersection of Beacon Light and Hartley roads, which is just east of Highway 16. BLM firefighters and the Eagle Fire Department responded, working to contain the blaze.

At one point, the fire burned close to homes near the River Birch Golf Course, but no damage has been reported.

Jablonski said the fire burned about six acres in total. Crews had it fully contained by fire line by 10 a.m. Tuesday, and estimate that it will be dead out and safe to leave the scene by 4 p.m.

No firefighters were injured battling the blaze. Jablonski said he hopes the fire acts as a reminder to Treasure Valley residents to use caution as they recreate outdoors as Idaho's summer season kicks off.

"We're really starting to get into the dry conditions and the hot conditions, so everyone needs to do their part," he said.