The Boise Fire Department has already responded to 27 technical rescues in the Foothills this year. 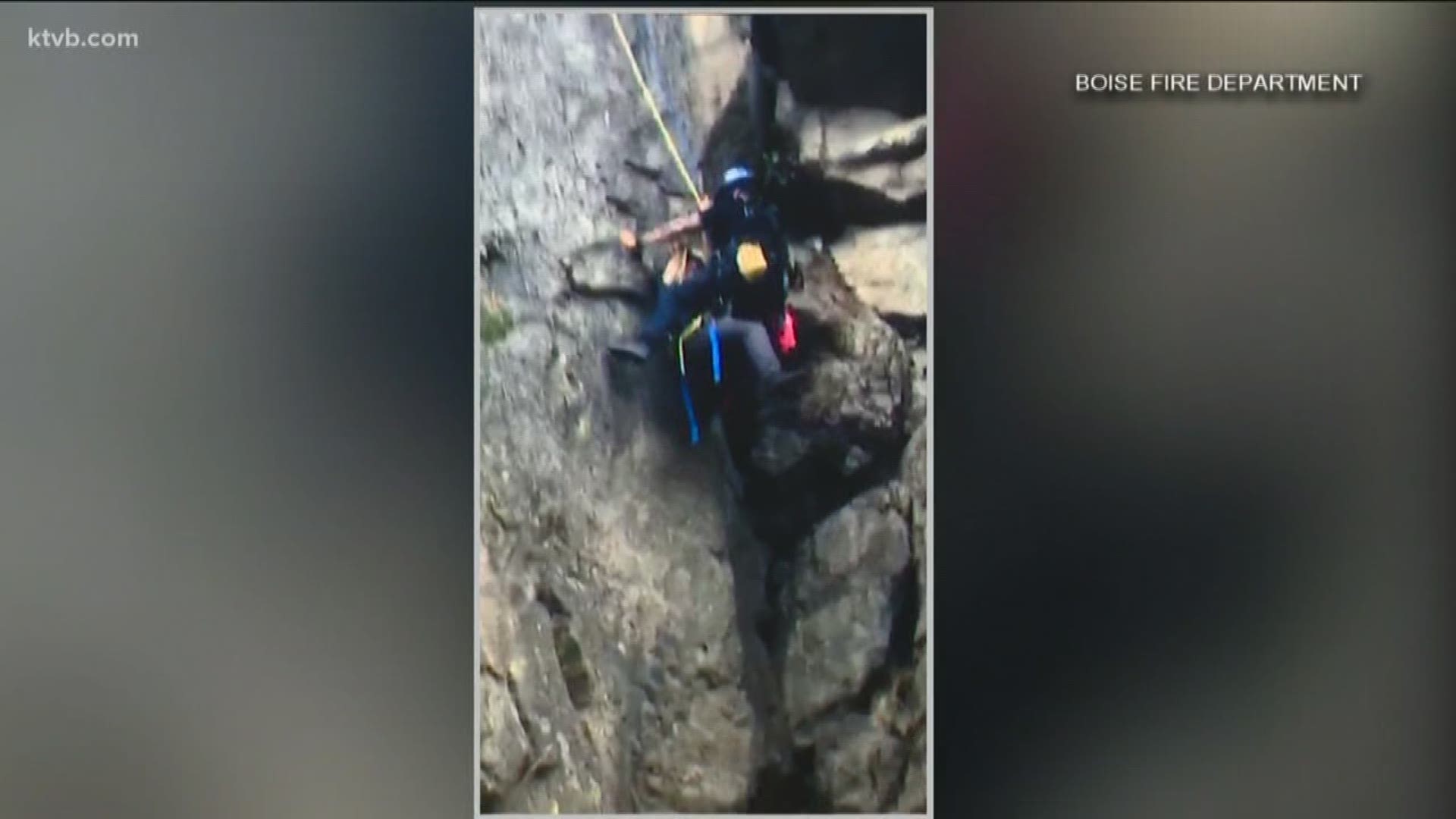 But that also means first responders are getting more calls for help from people who find themselves in various predicaments while enjoying Idaho's outdoors.

The Boise Fire Department told KTVB on Thursday they have already responded to 27 technical rescues in the Boise Foothills this year.

The most recent rescue happened at about 6 p.m. on Wednesday off of Rocky Canyon Road.

"Thought he would be able to make it up to a 55-foot cliff, free-climbing it, got to the point where he became stuck," explained Terry Theriot, a battalion chief with the Boise Fire Department.

The rock climber was with a friend who called for help.

"When we get those kinds of calls there's a certain response, it is a tech-rescue component, we have what is called a tech-rescue team which runs out of Station 7," Theriot said. "So they are skilled in all aspects of very specialized rescues, high-angle ropes in this case, it is one of their specialties so they're the ones that come in and make the rescue."

Boise Fire Station 1 also responded to the rescue on Wednesday. Luckily, the man was just stuck and not hurt.

"He was definitely up 35 to 40 feet," Theriot said. "He found a little crevice he was stuck in, his legs were shaking and he was pretty weak, and he was pretty nervous because if he had fallen there definitively would have been some consequences."

This was the 27th technical rescue call in the Boise Foothills just this year, and rescue crews know it won't be the last.

"So each and every year we're getting more and more of these and people are out and enjoying what we have," Theriot said. "The foothills are a great place to recreate, and sometimes they get above their head so we're very fortunate to have these types of teams at the Boise Fire Department to provide to the citizens. And they are needed."

RELATED: How will moving back to Stage 3 affect the Boise River float season?