The blaze started at a home on West Huntwood Drive near the Boise Ranch Golf Course. 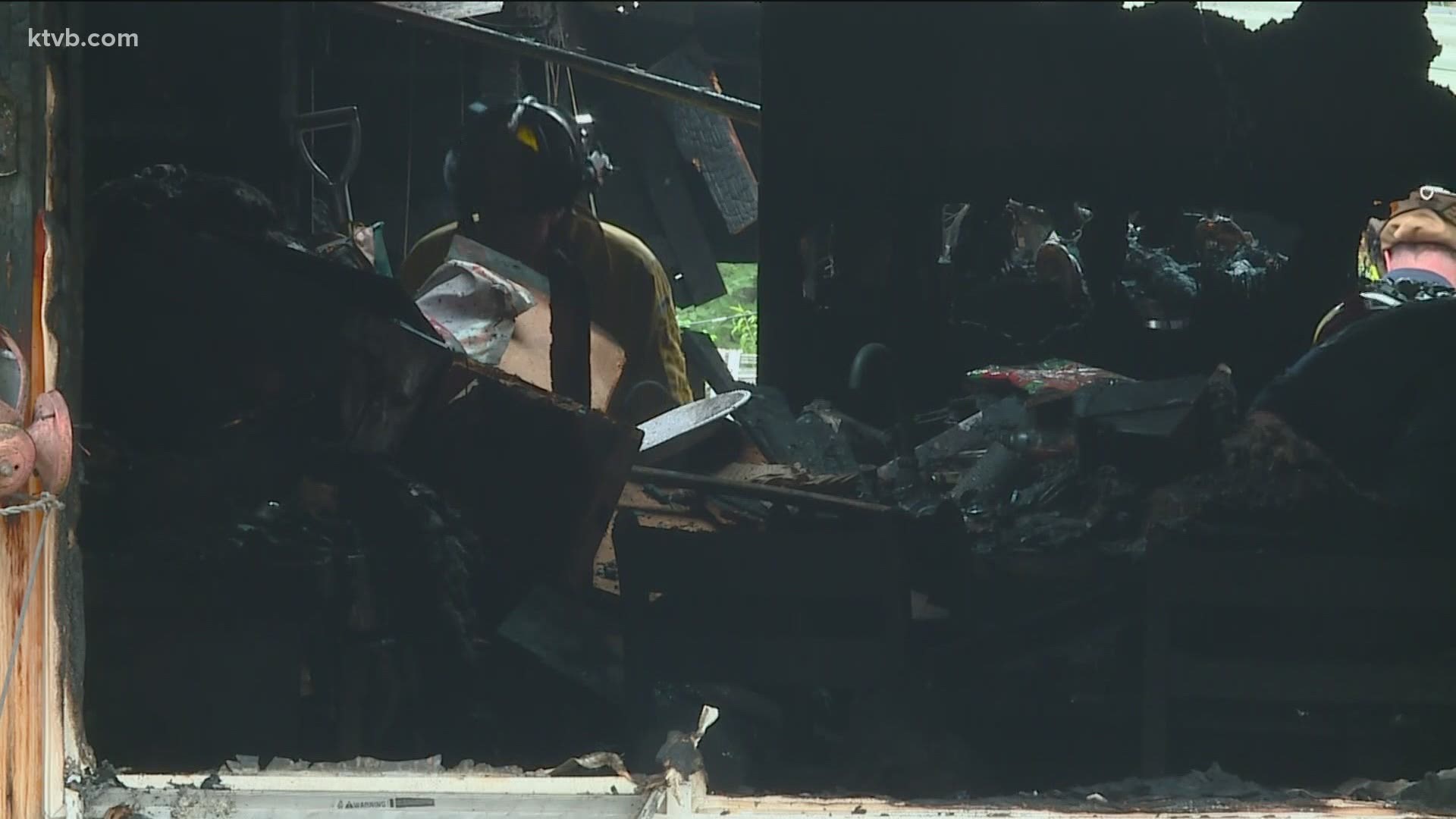 ADA COUNTY, Idaho — A man and a woman have life-threatening injuries after their home caught fire southwest of Boise Monday morning.

The blaze broke out shortly after 2 a.m. at a home on West Huntwood Drive, southwest of Boise near the Boise Ranch Golf Course.

Fire officials say the front and side of the one-story house were on fire when crews arrived. Boise Fire called in two additional engines, a ladder truck, and Battalion Chief, along with two units from Ada County Paramedics.

Two people inside the house, a man and a woman, were pulled from the home and taken to a local hospital with serious injuries. Their current conditions and their names have not been released.

One of the firefighters suffered a cut to his hand at the scene, and was taken to the hospital for stitches before being released.

The blaze destroyed most of the home and a car that had been parked in the garage. It took firefighters three hours to get the fire under control.

"This is going to be a 100% loss. This was a significant fire," Boise Fire's Joans Dethman said. "It's a tragic event. You can see just how destructive it is when you see fires like this."

The cause of the fire remains under investigation. Check back for updates.