'We don't want the public to go down there at this time': Temporary closure of Kuna Caves could come following fire

"Places like this will have to be closed to the public if people continue to cause dangerous situations and treat them poorly," the Kuna Fire Department posted. 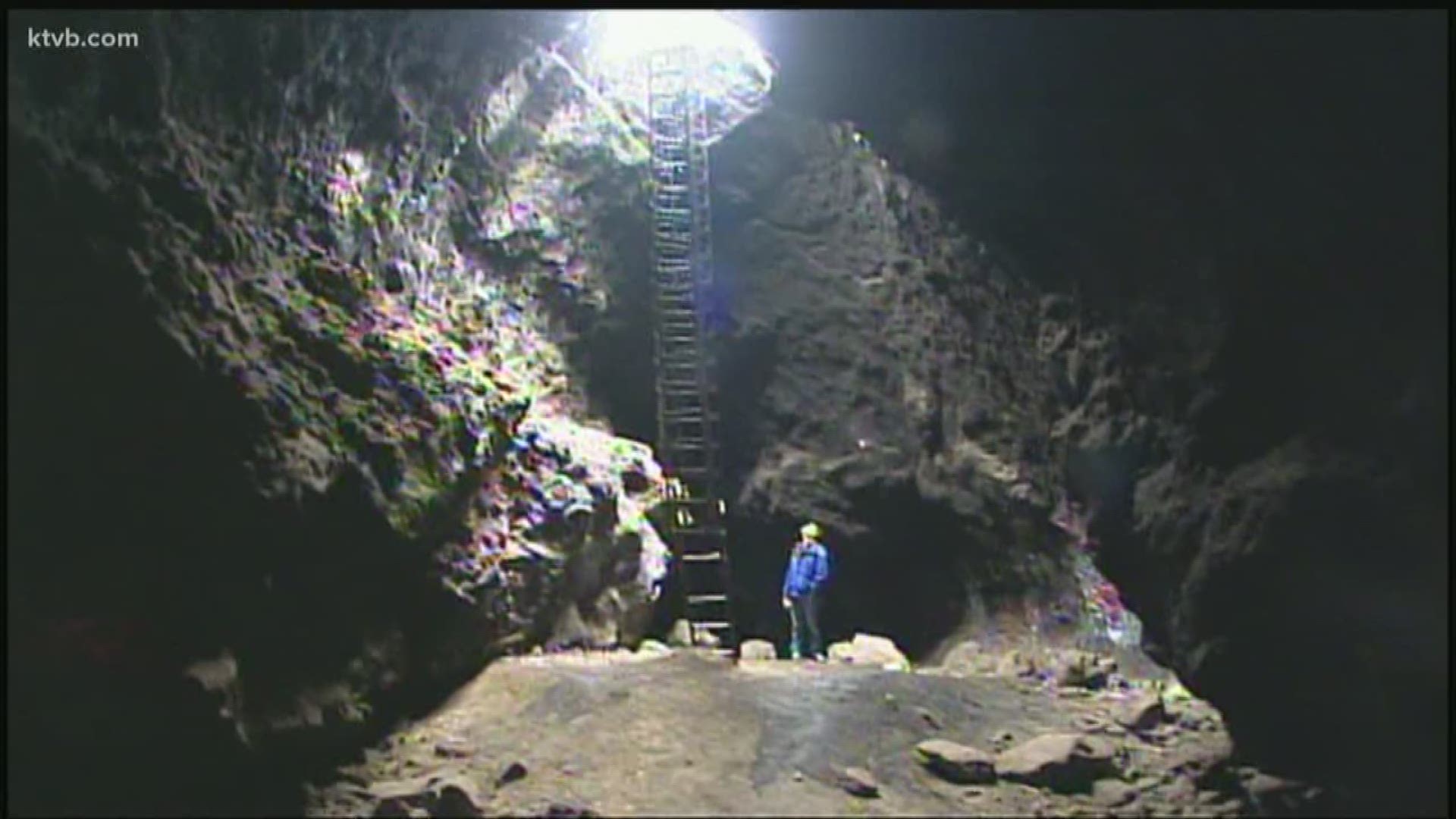 KUNA, Idaho — The Kuna Caves are an iconic destination for spelunkers and adventures. It's also the inspiration behind the high school's mascot, the Kuna Kaveman.

"So it has had its place in history here for many years," Kuna Mayor and Kuna High alum Joe Stear said.

He remembers going down into the caves back when he was a kid growing up in the community.

"We went there quite a few times when I was a kid, it was fun to go down there," he said. "And there was always rumors that if you went far enough and squeezed through you could come out at the Snake River."

The Kuna Fire Department is urging people to be more responsible after they say someone started a large fire down in the Kuna Caves on Thursday. The call reporting the fire came in shortly after 9 p.m.

Firefighters were initially called out to the area for a report of a grass fire burning near the caves, south of Kuna.

Once crews arrived, they were unable to find the fire. Then, firefighters spotted smoke rising up from the main entrance to the underground lava tubes that make up the Kuna Caves.

"Once they got on scene, they were able to see smoke coming out of the cave, and then you know once they get up close, they could see the embers and the debris was burning," Kuna Fire Chief Phil Roberts said. "It looked like to them that it was combustible wood and pallets and debris that was burning down there."

A photo of the scene shows embers glowing red-hot inside the mouth of the cave. Crews were able to douse the fire, but say it was likely human-caused.

"It's human caused because you're 30 feet down and it's a noncombustible area, like lava rock. So the only way to get a fire going down there, is by someone doing it," Roberts said.

Kuna Fire posted a message on their Facebook page admonishing those who mistreat popular natural features like the caves.

"Kuna Caves is a cool attraction that we know the public likes to visit, however places like this will have to be closed to the public if people continue to cause dangerous situations and treat them poorly," the department posted.

The mayor had a similar message to his constituents or visitors to the cave.

"Don't trash it," he said. "We just need to be more respectful with our natural resources so we don't lose access."

Even a fire contained in a cave can spread out of control, officials warned, by throwing out sparks and ash that can ignite grass or other fuels outside the mouth of the cave.

In addition to the danger the fire can cause, calls like that fire put a toll on the rural fire district's resources.

"Once we commit resources to those areas, then it pulls resources from out of the downtown where we have the majority of our calls, from our neighborhoods and community," Roberts said.

Firefighters with the Kuna Rural Fire District cover around 112 square miles, according to Roberts. He said he has no problem responding to calls on the outskirts of the district if they are emergencies.

"When they're kind of mischievous or neglectful or reckless, that's what creates us concern," he said about the unattended fire in the caves call.

Roberts told KTVB he plans on meeting with the BLM this week to come up with a plan on managing the caves better. The entrance to the cave sits on land managed by the BLM.

"Try to meet and make a plan and to help clean it up, secure the cave to where it can be a recreational area," Roberts said.

He added that his recommendation to the federal organization would be to temporarily close off access to the popular attraction.

"So we can clean it up and get it safe again and open it back up for use," Roberts said. "Some of the outcry from the public is they don't want to see it shut down permanently, but we definitely have to clean that debris down there and get it manageable."

His message to the community at this time is to stay clear of the caves.

"We don't want the public to go down there at this time, let us make it safe and reasonable again, and get it to a point where the public can go and enjoy it," he said.

The fire remains under investigation.