Multiple agencies responded to the scene as the flames spread quickly. 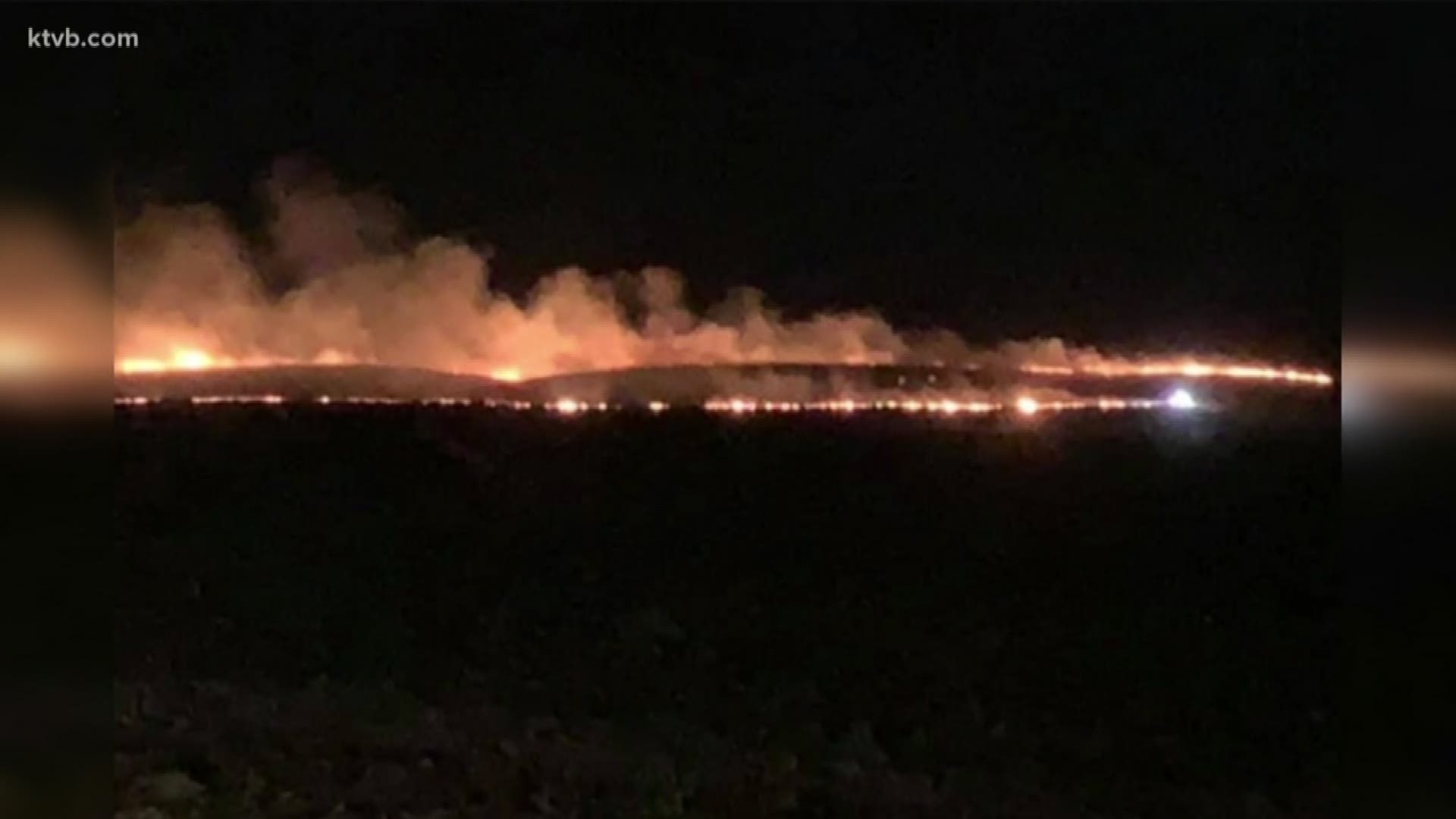 The fire was reported at 8:19 p.m. near Kuna Mora Road and burned southeast in the area of Kuna Butte toward Swan Falls Road.

Initially reported by crews at the scene as a "very large fire," it is believed the fire burned between 30 and 50 acres, according to Kuna Fire Chief Phil Roberts.

The fire is now out, but crews are remaining in the area to mop up, and make sure the fire does not flare back up.

According to Roberts, the nearest structures were about one mile away and were only "minimally threatened."

"The concern here tonight was just the wind," he said. "And the direction of the wind and how it was moving the fire around."

The Ada County Sheriff's Office blocked off Kuna Mora Road for a time Tuesday night while crews were battling the fire.

Fire crews from Kuna, Boise, Meridian and the Bureau of Land Management all worked to put the fire out. Gowen Field also provided water tender support for the fire.

The cause of the fire is currently unknown.