The wreck happened at about 4 a.m. on Highway 16 between Chaparral Road and Jackass Gulch Road, near the Ada-Gem county line on Wednesday. 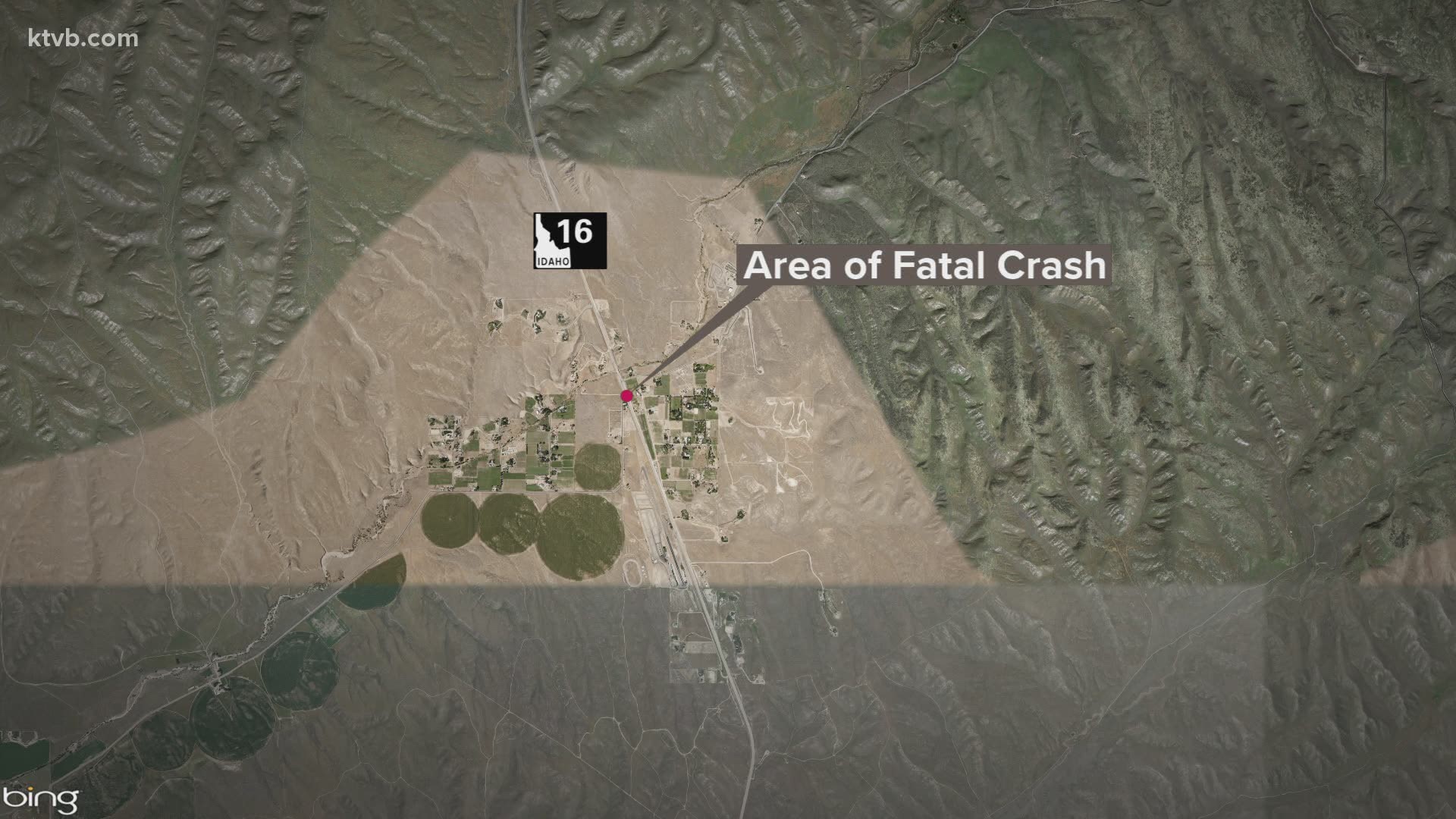 EMMETT, Idaho — Two people are dead and a deputy has been taken to the hospital in the aftermath of a major collision on Highway 16 Wednesday morning.

The wreck happened at about 4 a.m. on Highway 16 between Chaparral Road and Jackass Gulch Road, near the Ada-Gem county line.

According to the Ada County Sheriff's Office, a pickup truck headed north on the highway crossed over the centerline, smashing into an oncoming pickup. Both vehicles then burst into flames.

Both drivers died at the scene.

On Friday, the victims were identified as 28-year-old Matthew Harrison of Emmett and 41-year-old Adrian Booker of Emmett.

The Ada County Sheriff's Office, Ada County Paramedics, Eagle Fire and Star Fire all responded to the site of the crash.

As first responders worked on the crash, another driver headed north on Highway 16 hit an Ada County Sheriff's deputy's patrol car stopped at the scene. The impact of the crash pushed the car into the deputy, who was standing outside it working on traffic control.

The deputy was taken by ambulance to a local hospital. His current condition is unknown, but officials say "it appears he avoided serious injury."

Highway 16 was closed for hours, but reopened to traffic shortly before 1:30 p.m.

Idaho 16 is closed in both directions near the Ada/Gem county line as deputies investigate a fatal head-on traffic crash that occurred just after 4 am.