Two incidents involving a coyote were reported on the Hulls Gulch Trail in the Boise foothills. 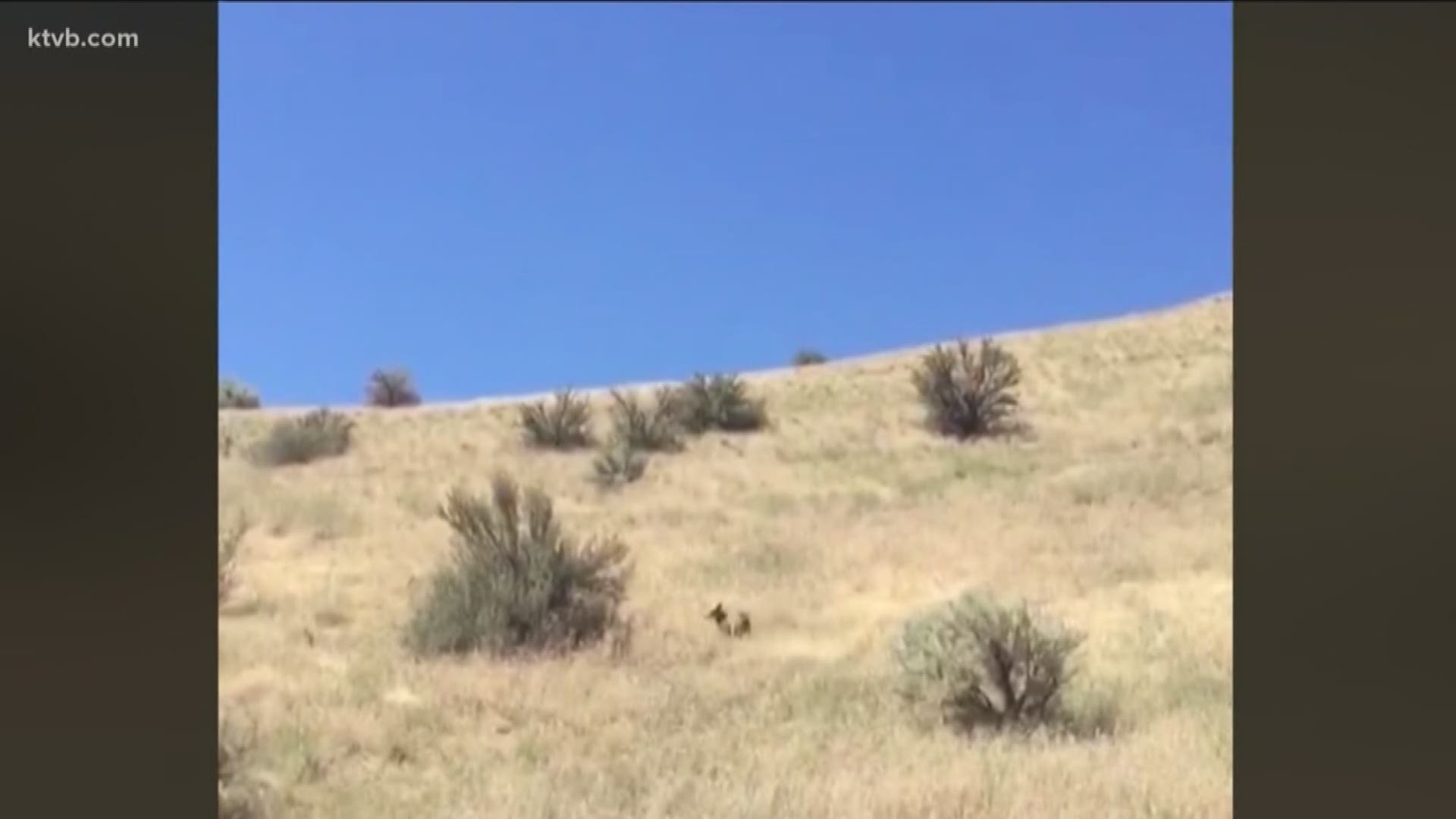 BOISE — The Boise Parks and Recreation Department posted signs along the Hulls Gulch Trail after people spotted a coyote in the Boise foothills.

“We heard the barking and I thought it was someone's dog at first and I was like ‘oh that's weird,’ it was kind of loud and aggressive and I just kept running and then it appeared,” Vanessa Williams said.

Williams was hiking with her two dogs last week when she saw the coyote.

Williams then pulled out her camera and started recording as she was walking.

“It was pretty scary,” she said.

The Boise Parks and Recreation Department has received word of two coyote sightings.

“We've talked with Idaho Fish and Game and believe that she is probably protecting some pups, so for the time being we're encouraging folks to keep their dogs on leash,” said Sara Arkle, Superintendent for Foothills and Open Space for Boise Parks and Recreation.

In both sightings, the coyote chased after a dog.

“If you see a coyote, just give it a lot of space, be really vigilant and aware of its behavior. If you need to turn around or go around it and give it a wide berth, that's probably a good idea,” said Arkle.

Anyone who sees a coyote can report it to Boise Parks and Recreation by phone or email.