Coyotes can be very protective of their young, particularly during the spring and early summer months. 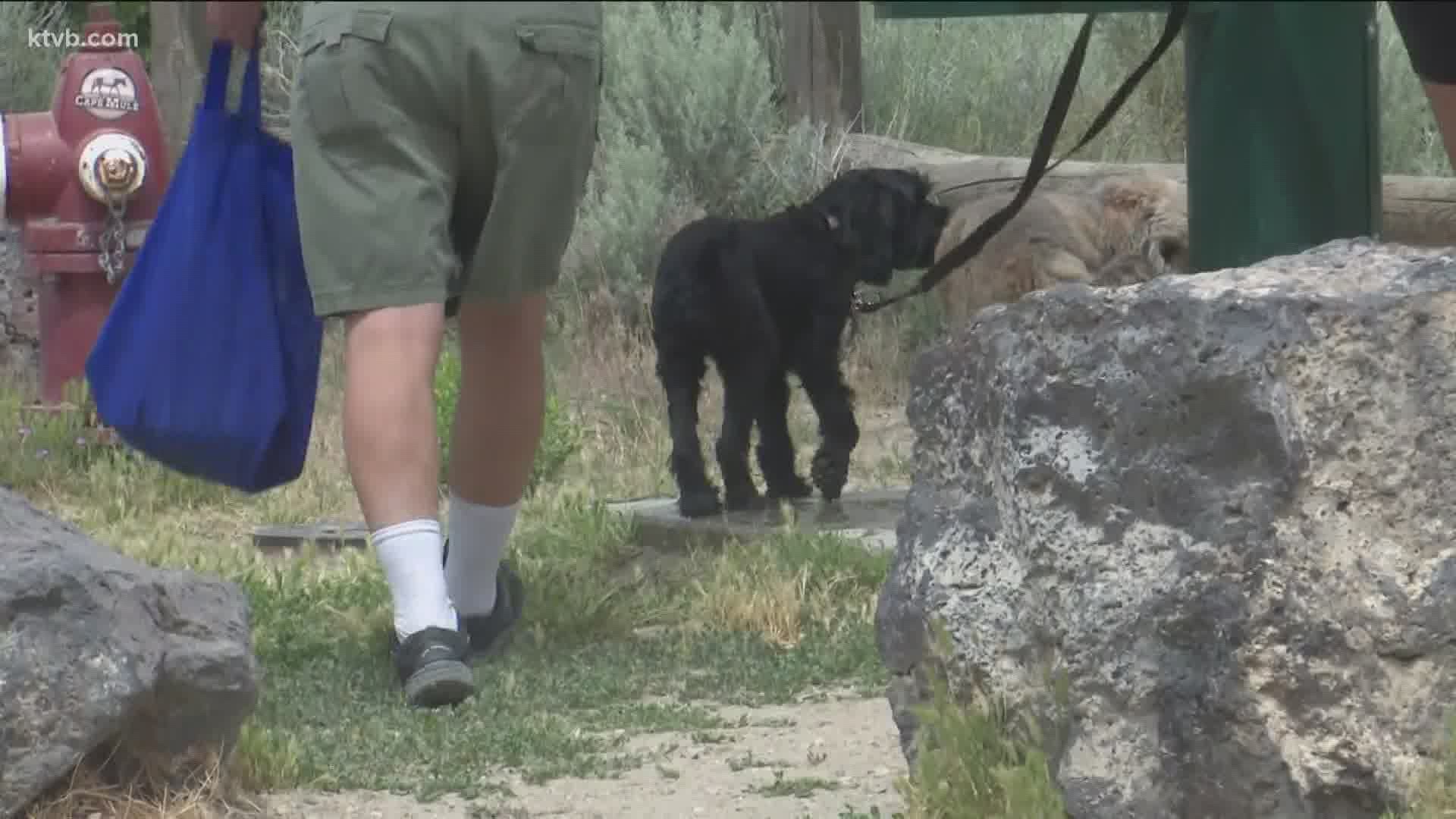 BOISE, Idaho — A pet dog was killed by a coyote along a popular trail in the Boise Foothills on Sunday.

The incident happened in Lower Hulls Gulch, about a half-mile above the Red Cliffs Trail junction.

In a separate attack on Saturday, another dog was seriously injured.

Jade Printz has been hiking the Boise hills with her dog for almost a decade but what happened on Saturday was something she’d never seen before.

Her dog was trailing ten feet away when a coyote attacked, according to Printz. Her father and a passing biker had to fight off the coyote.

“Smaller dogs I could see you being more concerned and aware of it, but with my larger sized dog, it’s not something I ever thought I’d have to worry about,” she said.

Coyotes are native to Idaho and numerous in the Foothills. Although they are normally elusive, the animals can become aggressive particularly in the spring and early summer months while protecting dens of their pups.

"Please be ultra-vigilant with your pets, and leash them for their own safety while traveling in this area," Ridge to Rivers posted.

Coyote attacks on people are rare, but they are known to kill cats and smaller animals, and may attack even a larger dog. Hikers can help protect their pets by keeping them close by or on a leash.

"Our best advice is to avoid that area if you’re taking your pet for a walk,” Idaho Fish and Game Public Information Supervisor Roger Philips said. “There are other places you can go.”

Anyone who sees a coyote in the foothills should give it space and not approach it or let pets approach it.

"The Idaho Department of Fish and Game manages all wildlife in the state, and has been made aware of this incident," Ridge to Rivers wrote. "Please help us to pass this message along to other trail users."

A little bit of luck for Printz, however, her dog, Josie, is expected to make a full recovery but there will be changes the next time they go for a hike.

“I don’t think I will be hiking there anytime soon,” Prints said.