Counterfeit medications laced with fentanyl are a growing concern in Idaho

Idaho State Police have seized nearly 28,000 pills in 2021. A treatment nurse says the powerful opioid's effect is often unexpected, and can be deadly. 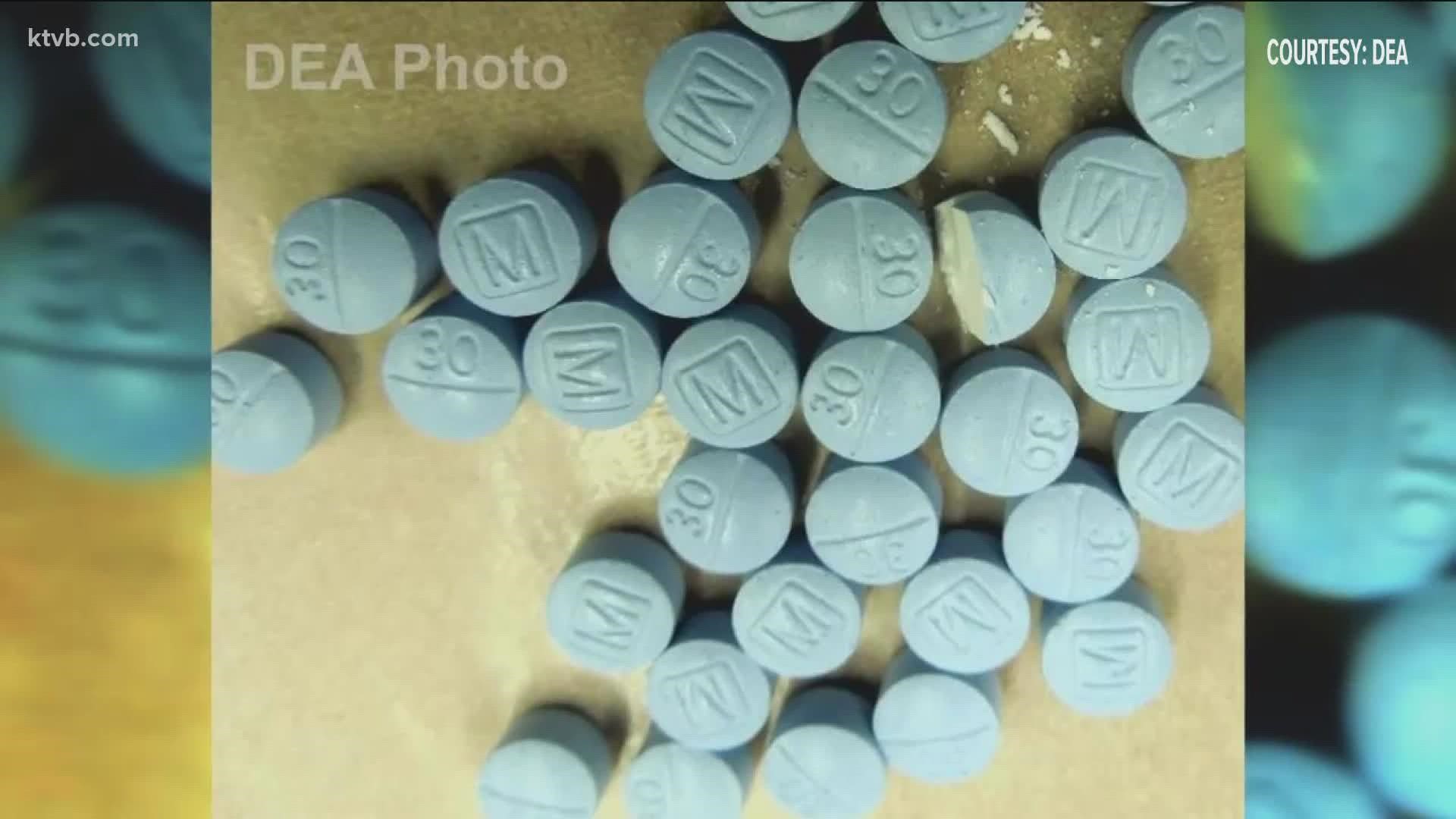 BOISE, Idaho — As the Drug Enforcement Administration issues a public warning nationwide about the increase in pain medications laced with the opioid fentanyl, Idaho law enforcement agencies are echoing the same concern.

"In my law enforcement career, this is the most dangerous drug that we've seen," said Idaho State Police Sgt. Kurt Sproat.

"I mean just in the last few weeks we've had a couple of arrests where we've hundreds of fentanyl pills that we've taken off the street," Sproat added.

Sproat has been with ISP for the last nine years. He said a few years ago heroin use was on the rise, then came fentanyl.

"People that get addicted to opioids, like heroin, they want that greater high, and once you move into fentanyl, it could be a life or death situation by taking these pills," Sproat said.

He said the problem with counterfeit pills is they're disguised as prescription medication and new drug users are not aware it could be laced. He adds that is how overdoses happen.

Not only are law enforcement agencies addressing the growing issue, but addiction treatment centers in the Treasure Valley are speaking up too.

"You just can't take a chance on even taking those one time," said Nycole Thomas RN, the VP of Northpoint Recovery.

Thomas said her concerns are high about counterfeit drugs laced with fentanyl because these addictions are difficult to manage. The Meridian treatment center currently has a 22-bed facility and they plan to expand to a 48-bed facility within the next year because of the demand in treatment.

"Fentanyl is a really tricky medication to detox off of, and we've seen that we've really had to adjust our detox protocols and adjust how we're treating these patients," Thomas said.

Thomas mentions there are a number of ways fentanyl is entering Idaho, but from what she has seen the online availability of counterfeit fentanyl-laced drugs is a huge factor. She said the target age group is the 18-30 range -- college-aged students, first-time drug users, etc.

"We are seeing a lot of patients that are coming in and reporting that they're purchasing online pills and they're expecting that they've purchased things like Adderall, oxycodone or Xanax, when in fact it is laced with fentanyl," Thomas said. "It's something they were not expecting."

While arresting dealers and seizing the pills can only do so much, experts said bringing awareness and knowledge are the next best steps to protect those most vulnerable and unsuspecting.