Corwyn's Cause: shining light when skies are gray

EAGLE -- An Eagle family is turning their tragedy into triumph, keeping their son's legacy alive by shining his light into darkness. 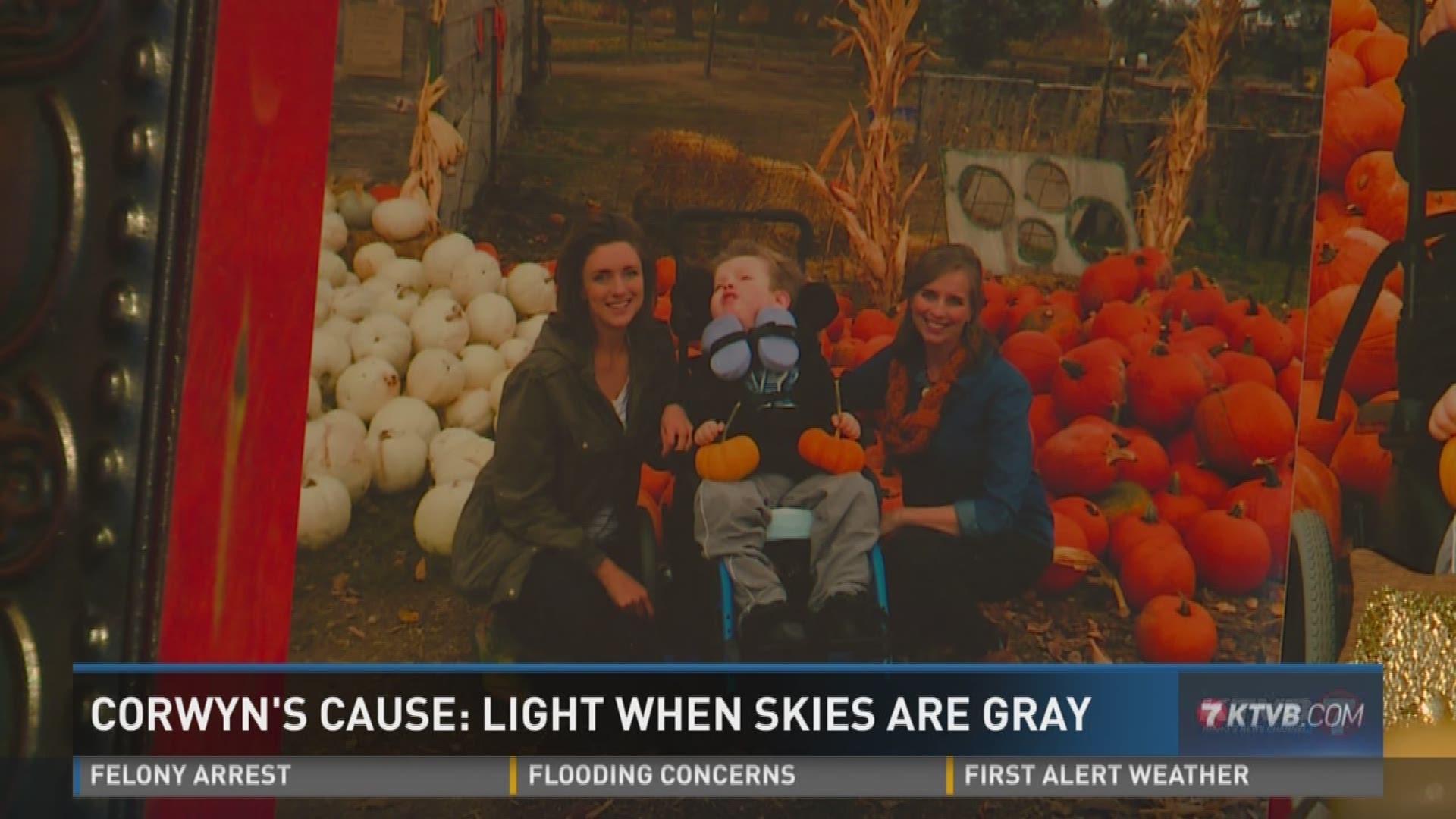 EAGLE -- An Eagle family is turning their tragedy into triumph, keeping their son's legacy alive by shining his light into darkness.

Corwyn Schomer passed away in November, when he was just 4-and-a-half years old, after battling a rare brain malfunction his entire life.

While he was in the hospital, charities showered him with endless love and support. But in his final days, when he was in hospice care, his parents felt a void. They found there were no charities that worked with children's hospice.

To fill that void, the Schomers started a nonprofit called Corwyn's Cause so they can work to support families struck with tragedy. The Schomers realized they can turn their pain into something beneficial for other families.

"He has been a light to so many and he was here for a reason," said Megan Schomer, Corwyn's mother.

In starting the nonprofit charity, their goal is to help medically fragile and terminally-ill children and their families through education and advocacy, and by bringing support and services right to the family's home.

When Megan was 18 weeks pregnant with Corwyn, she and her husband, Corey, found out there was something terribly wrong with their baby's brain.

"They didn't know what it was but they knew it was going to be life limiting," Megan said.

Just days after he was born, little Corwyn started having seizures, beginning the cycle of medication and hospital visits. The Schomers say a specialist at Seattle Children's Hospital discovered their baby boy had an extremely rare brain malfunction, and told them Corwyn didn't have long.

"So we came home and just lived each day to the fullest," Megan said.

Medically fragile, Corwyn was in and out of the hospital for years.

"Through that, we found there were a lot of charities that visit the hospital, bring superheroes up, blankets, toys to the kids. And after a few years of that we decided to go onto hospice or palliative care," Megan told KTVB. "Being at home we were able to keep him more comfortable and he was happier as well because we could hold him."

But during that time, the Schomers couldn't find any charities that work with hospice to support children and families.

"So we want to be that charity. We want to bring superheroes to the home, and bring support to the family as well. So if there's anything the family needs- travel expenses, their house cleaned, meals."

They say they want to assist in providing families anything that helps them function on a day-to-day basis.

The Schomers also want to educate and advocate for hospice and palliative care and how it helps a terminally-ill child live their last days to the fullest.

"They make it so easy. When you're going through something so difficult, hospice and palliative care, they bring a peace as well," Megan said.

Corwyn's Cause is not limited to children in hospice, the Schomers say, but for medically fragile children with life-limiting conditions.

On Saturday, April 22 at 6 p.m., Corwyn's Cause is kicking off their endeavor. That is a week after what would have been Corwyn's fifth birthday. Through a "Friendraiser", sponsored by Tresidio Homes, they will be raising awareness and raising funds.

"We want this to be a long-term support for the families," Megan said.

The charity wants to team up with medical partners in the community -- such as St. Luke's Kids' Hospice and Palliative Care -- that would be willing to spread the word and refer families.

"We do care, people out there care," said Corey Schomer, Corwyn's father. "We want to be there for you and provide any support that you need."

Megan and Corey are turning their deep and tragic loss into hope for others during an unbearable time.

"Corwyn was a light, he was our sunshine. Everywhere he went he connected with people. He lit up a room with no words," Megan said.

"His memories are still with us and the joy he brought. And we want to be there for other families," Corey added.

To find out more about Corwyn's Cause and their "Friendraiser", visit their Facebook page.