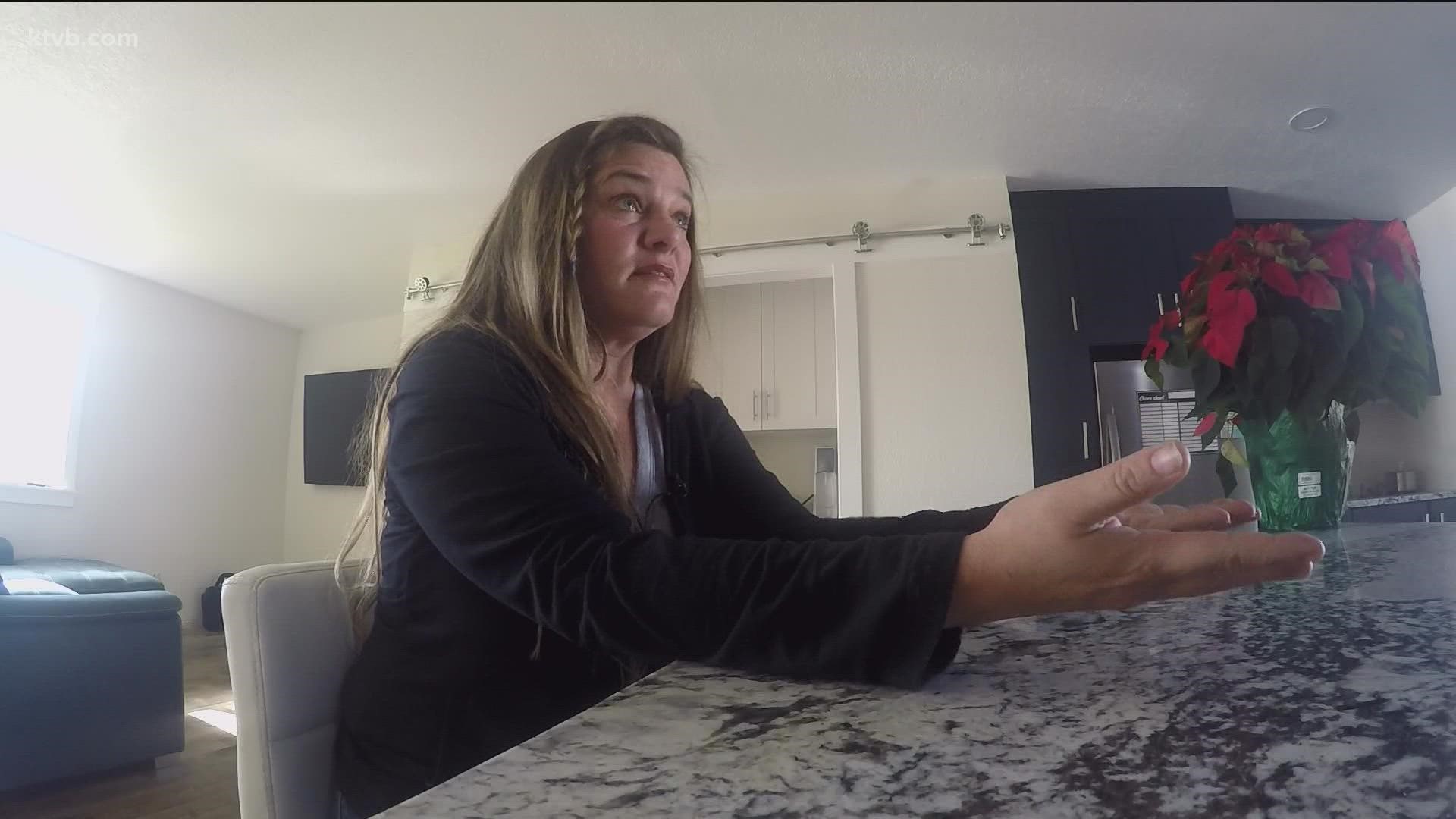 BOISE, Idaho — It was 34 years ago that Continental Flight 1713 en route to Boise crashed on the runway of Denver's old Stapleton Airport. The tragic crash killed 28 people, and 54 people survived.

Two of the 54 survivors were Tom and Jennifer Allegrezza. Since the fatal crash, the two have collected countless newspapers and laminated clippings from reports of the crash.

"Just to process what had happened was pretty crazy," Jennifer Allegrezza, who was only 11 years old at the time of the crash, said.

The aircraft went up about 100 feet before it turned upside down and landed on its roof, according to Tom Allegrezza.

"We slide for a quarter-mile upside down. And the plane had split apart. If you imagine where the plane split apart was like a shovel, it was digging into the dirt at the end of the runway," Jennifer Allegrezza said. "And that was flying up in our face, along with snow, and gravel and rocks, and everything else."

The pair agreed the crash changed their lives. Not only as an inspiration to live each moment with gratitude, but to also appreciate the small moments in life - and small decisions.

Because that day 34 years ago, it was a small decision that saved their lives.

"I was going to do a talk at an outfitter meeting on Monday the next day. So I wanted to sit in the back with my secretaries so they could take notes and type it up for me," Tom Allegrezza recalled. "So I moved everybody from the front of the plane to the back of the plane. The seats that we originally had where the plane split apart from the middle front, we would have been dead. Because they all died there."

The two had no idea that a simple seat change would ultimately allow them to live another day.

"The person that was sitting in the seat that I was supposed to sit in isn't here. So, there is a reason I'm here. But I'm still every day waking up trying to figure out what that is," Jennifer Allegrezza said. "Just going through my life and being kind to people. We have one rule in our house and it's 'Do the right thing.' And so, as far as it shaped me who I am because I’m just glad to be here more than anything."