The odds of winning the Mega Millions jackpot is about 1 in 302 million, but that isn't stopping people from buying a ticket. (The winning numbers are posted in this story.) 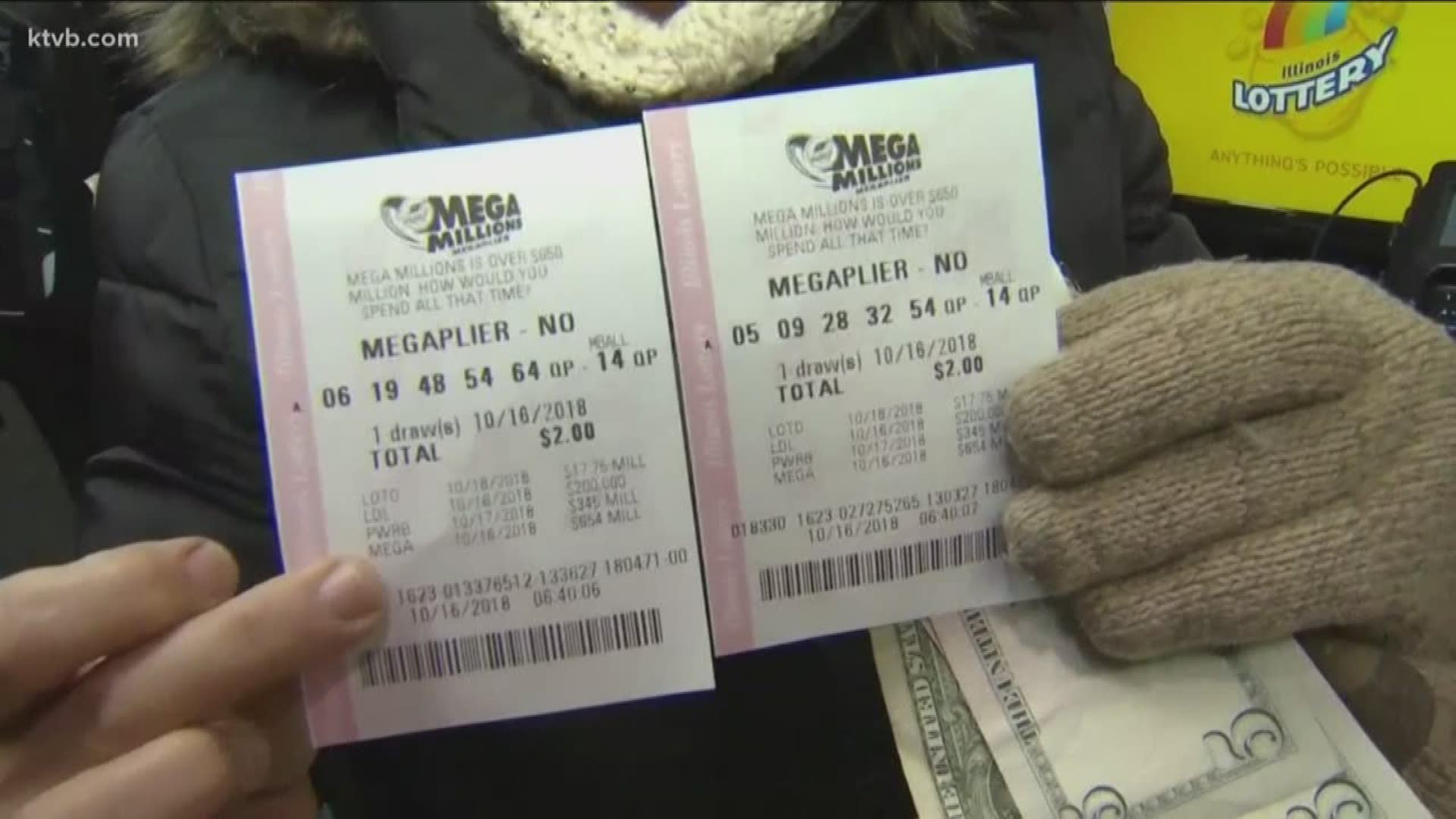 BOISE — If you've got two dollars and a dream, you may be joining the millions buying a Mega Millions lottery ticket Friday.

The jackpot has soared to $1 billion!

The jackpot is now the largest in Mega Millions history.

Oddsmakers say, you still have more of a chance of being struck by lightning or being bit by a shark while surfing in Hawaii or becoming president of the United States.

The odds haven’t stopped millions of people from dreaming about what they would do if they won the jackpot.

“I would buy an island in the Bahamas,” Michelle Warwick said. “I came here to buy some lucky tickets at the luckiest store in Idaho.”

The Jacksons Food Store on Orchard Street has been dubbed the luckiest store in the country after it sold two huge Powerball winning tickets in the past.

Idaho lottery says every time you play the lottery in the state of Idaho someone wins.

“The lottery was created to benefit public schools and the permanent buildings of the state of Idaho,” Workman said. “A game like Mega Millions and Powerball right now, just in the last week, the sales from those two games alone has created $1.2 million worth of dividends just for Idaho public schools.”

Here are the winning numbers from the Mega Millions drawing for Friday, October 19, 2018 -