Idaho's Stop Law isn't known or fully understood by many bicyclists and motorists in the Gem State. 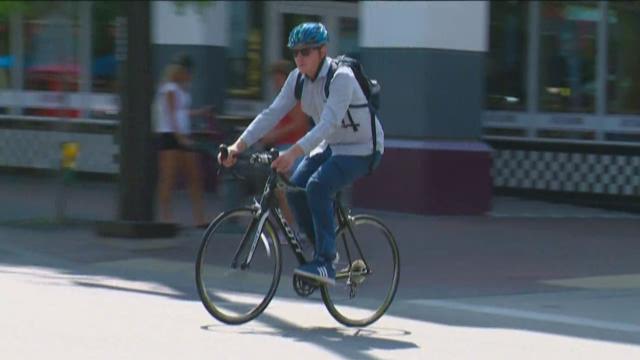 Boise is working to become more bike friendly all the time, and more people are riding their bikes, but there's a down side.

The Idaho Transportation Department says between 2011 to 2015, there were more than 1,000 bike crashes in Ada County alone.

Some of those could be because of confusion over rules for bike riders that are different than drivers.

"There's a lot of misinformation out there, I read the comments a lot and I see a lot of letters that talk about, hey that cyclist just blew that stop sign in front of me, they ran the red light," said Lisa Brady, board president Treasure Valley Cycling Alliance.

"Very frequently when Boise Police respond to a crash, sometimes the Idaho stop law is not understood by both the cyclist or the driver," adds Officer Blake Slater, Boise Police Department.

"The Idaho stop law allows a bicyclist to proceed through a stop sign as if it were a yield sign, and to stop at a red light and then clear that visually and proceed on that red light," said Slater.

It’s the only statewide law of its kind in the country.

The reason behind the rule, get bicyclists out of an intersection as quickly as possible.

And it’s an advantage for drivers as well.

"It allows that cyclist to clear the intersection in front of that traffic, so therefore the driver doesn't have those vision obstructions, where a cyclist is in his vision spot," said Slater.

But Idaho's stop law only applies to bicyclists pedaling on the streets -- not the sidewalks.

"Then those rules come into play that when you get to a stop sign or stop light you've got to follow pedestrian rules, and pedestrian rules say you don't move until that walk light comes on," explains Brady.

And of course cyclists must ride in the same direction as traffic, the only exception is a specially marked bike lane for a few blocks on 8th Street.

"I've seen more parents with their children on their bikes and we've got to understand these laws in order to make sure those people are safe, period," said Brady.