The school traces its roots in Portland back to 1905 as a Lutheran academy for local pastors and teachers. 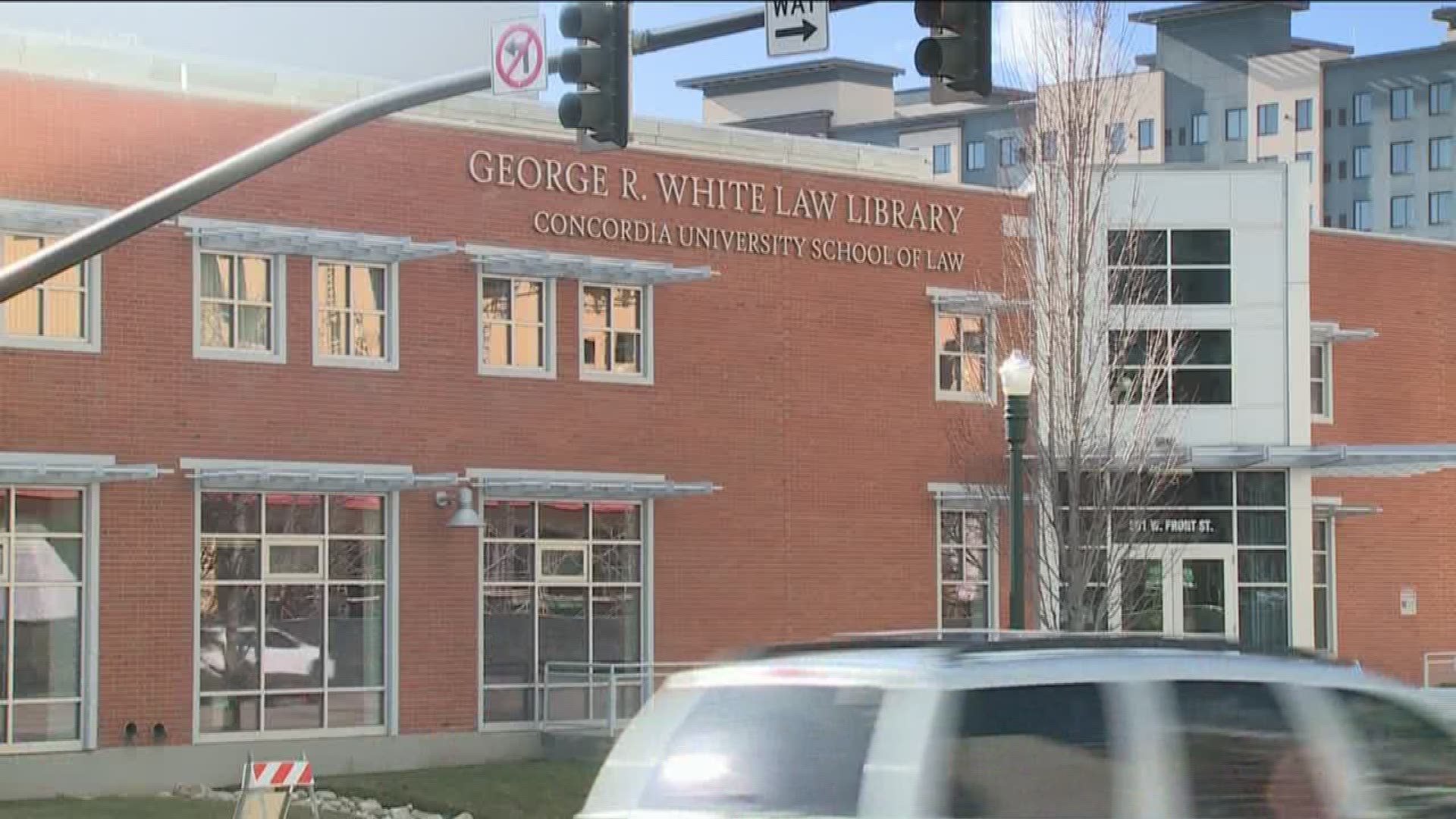 PORTLAND, Ore. — Concordia University in Northeast Portland will close its doors at the end of the 2020 spring term, according to Interim President Tom Ries.

The school traces its roots in Portland back to 1905 as a Lutheran academy for local pastors and teachers.

Now its days are numbered. It will close after graduation on April 25.

Ries will officially make the announcement today. KGW News spoke with him ahead of time.

"We're going be telling folks, sadly — and it's with deep sadness — that at the end of the 2020 spring semester, which ends for us in April, that the University will cease operations as a university and begin a teach-out plan," he said.

Asked if that meant all parts of the school would close, he said yes.

Concordia offers 15 undergraduate degrees, along with graduate programs in management and English. It also operates a law school in Boise.

Interim Dean Latonia Haney Keith at the law school says they are working to find another parent institution in order to keep the school in Boise open.

“As part of the difficult decision to close the campus in Portland, the Board also decided to give Concordia Law permission to find a willing and viable parent institution,” said Interim Dean Latonia Haney Keith. “This process is underway, and we are currently engaged in active conversations with multiple institutions interested in an affiliation with the law school. We will have more details in coming weeks about Concordia Law moving forward.”

The law school first opened its doors to students in Fall of 2012, and it just achieved full accreditation from the American Bar Association in Feb. 2019.

"We have 100% ultimate bar passage rate," Haney Keith said. "We are one of four institutions in the country including University of Chicago, Yale, and Wisconsin. With those success stories we have there, I think we are seeing that our student and enrollment will continue to grow as long as we are able to continue to exist here in the Idaho community."

The interim dean couldn't disclose which institutions they're having conversations with to become the new parent university, but did say they're talking to multiple.

"We have reached out to select institutions, those institutions that have alignment with us in core missions and values," Haney Keith said. "And really want to embrace the innovative approach we have to legal education here."

The law school is optimistic they will have a new parent institution by Fall semester. They broke the news to their students on Monday morning.

"They're hearing it for the first time so they had to take that all in," Haney Keith said. "We have a very family-centric approach to education and so there is a lot of trust between the students, faculty, and staff."

The meeting was a chance for the law school to talk to their students about where the school is currently, and ask for some patience as they talk with other institutions.

"With our prospective students, we want them to know it will still be, if we transition to a new parent institution, it will be the same education," Haney Keith said. "That's our focus is that we want to ensure this particular institution, the rigor we have here our focus on servant leadership continues."

Any transition would need approval from the American Bar Association. Haney Keith told KTVB the plan is to be in front of them to get approval for any transition in August.

"We are very optimistic that given where our negotiations are with institutions; that we will have a new parent institution in the near future," Haney Keith said.

Ries agreed it will be shocking news for many.

The school held its annual fundraising dinner at the new Hyatt Regency hotel in Portland just days ago, bringing in tens of thousands of dollars in pledged contributions. The program heralded the school's program to work with Faubion Elementary School in Northeast Portland, known as the "3 to PHD" initiative and pointed to several other efforts underway. The event was headlined by Common, an acclaimed poet, educator and writer, who praised the school's efforts.

There was no indication at the event that the school was days ahead from announcing its closure.

It was unclear what the impact would be on the Portland Public Schools' Faubion facility as it is closely intertwined with the Concordia campus and staff.

Ries arrived in Portland just over a month ago in early January as Concordia’s second interim president.

He retired last year as the President of Concordia University in Minnesota, where he was credited with lowering tuition and increasing enrollment.

He had hopes of turning around the Portland school as well.

"I did not come here to be the bearer of this news. I came here with the intent that we would find plans to turn the situation around. But to do that would have involved so much risk it would have put the students in probably an even worse position than they are now," Ries said.

He said it would have involved trying to borrow even more money for a school that is in the red.

"Trying to borrow more money when we really don't have anybody that's going to lend us any more money, taking a shot at trying to increase enrollment when we have limited resources to do that. Those kinds of things where you're really rolling the dice and I think the board felt the odds were better to not do that and create even a worse situation," Ries said.

Ries said Concordia had 8,000 students four years ago and only 5,000 now. According to the school's website, 98 percent of students get some sort of break on tuition.

Concordia in Portland is losing money.

"Yes, no question about that," Ries said. "It has had negative cash flow for quite some time and its assets and its liabilities are out of balance."

Ries said the primary lender is an agency of the Lutheran Church and that while they have been generous, they are no longer willing to loan Concordia money.

Ries said raising tuition or cutting salaries or both is not an option.

"Been done, been tried. Cutting salaries, you know the folks around here have been through that more than they should," he said.

The president said Concordia will help students transfer to other schools for next year, and that faculty and staff will be told about their options in the upcoming weeks.

He did not say what would become of the school's grounds and buildings.

And so after 115 years, Concordia University's days in Portland are numbered.

Ries agreed the decision and announcement feels like someone has died.

"Oh for goodness sakes, absolutely. There is so much grieving," he said.