'This school really did feel like a home to me': Concordia students devastated by university's closure

The Northeast Portland campus has been educating students for more than a century. 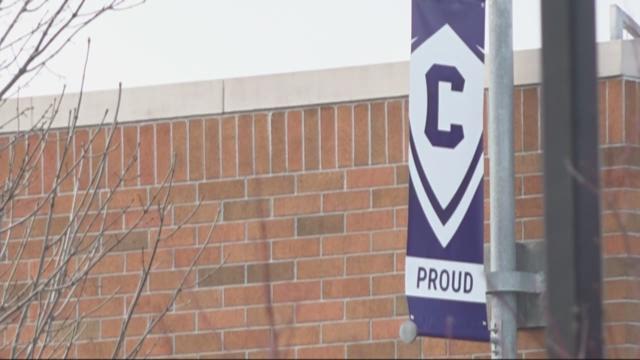 PORTLAND, Ore. — Students and faculty on Concordia University’s campus were stunned after hearing the news that the school is closing.

The Northeast Portland campus has been educating students for more than a century. But the interim president says enrollment is down and the school is losing money.

On campus Monday, students were seen crying, hugging one another and calling their friends and family.

Students were understandably devastated and overwhelmed. They told us they had a feeling something was up and rumors had been circulating, but when they woke up to an urgent text calling a meeting on campus Monday morning, they didn’t expect to learn something so permanent. They didn’t expect to have to say goodbye so soon to the friends and the life they built at Concordia.

For freshman Atley Sievers, Concordia defines much of her family’s legacy.

“It was definitely a big part of growing up,” Sievers said. “I was very frustrated because schools have closed down deadlines for applications and getting financial aid is going to be a miserable task after this. And we all have started programs and now we can’t finish them and it’s really hard because this campus has been so important to my family for so many years and now it’s just going to be gone.”

Her grandparents, aunts and uncles met here, got married here, and some still work here. Sievers’ grandfather attended Concordia back when it was an all boys preparatory school and her grandmother has lived across the street from the campus since 1951.

She got a scholarship to come to the private Christian university -- one of the best the school offers to aspiring students.

"I chose to come to Concordia because I got freshman advantage into their nursing program, that I’d be committed here for all four years and I wouldn’t have to transfer to a different nursing program. I turned down major scholarships from state schools just so that I could be on campus for four years and have that certainty. And now I’m getting kicked out before I even get to the nursing program and that’s ridiculous,” Sievers said.

Kim Knutsen has been a professor at Concordia for 14 years.

"There's been so much amazing, creative space done here and brilliant students who have passed through here, and it's a huge loss to the community," said Knutsen.

She said students were visibly emotional after learning the university will close.

The closure will result in approximately 1,518 layoffs, according to the Office of Workforce Investments and the Higher Education Coordinating Commission.

Academic, career and financial advisers are ready to help students transition. The university says they're working to partner with other schools to make special arrangements to admit Concordia students who are transferring.

While Concordia is regionally accredited it's up to a student's new school to accept transfer credits.

With her plans shattered, Sievers is stressed about applying for the fall semester because many deadlines have either passed or are looming. She says she plans to look into any schools still accepting applicants.

Sievers' friend Dupree Simmons, a sophomore from California, also got a lot of money to come here. As far as he knows, after this term, he will no longer have that scholarship money to transfer to another university.

"This school really did feel like a home to me,” Simmons said. “Coming here was like a completely different change for me, almost like dream land. I could see myself living in Oregon, really to be honest with you, for the rest of my life.”

Simmons is studying humanities and ultimately wants to go to law school. He is on the university’s Div. II baseball team and wants to keep playing, though it won’t be with the same tight crew of teammates.

“It’s where most baseball players want to be besides [Div. I], so it sucks that I'm going to have to look either lower or hope to walk on somewhere just so I can play the sport I want to play,” Simmons said. "It sucks because I believe the deadline for most colleges is up so I just got to pray that I can get somewhere good and hope that somewhere is accepting, which is pretty difficult when you're trying to do that and play baseball at the same time.”

On Monday, the feel on the beautiful 24-acre campus was somber and heavy, as students grieved what could have been.

“I love this school so much and I am going to pray and have the most fun I can this semester before I have to say goodbye to this place,” Simmons said.

Concordia just raised more than $355,000 at a gala in early February. That money supports scholarships and 3toPhD collaborative program, which allows the College of Education to be co-located at Faubion School on Concordia's campus. The building is owned by PPS and will remain open.

In a letter to parents, Faubion's principal said they were surprised and saddened to hear what’s going on.

“As sad as today’s news is, we want you to know that Concordia’s pending closing will not affect Faubion’s ability to continue to serve our students and families. We are here today and will be here tomorrow and beyond. Our educators and staff are excited about the work ahead in our classrooms, and we expect that Kaiser Permanente, Basics, and Trillium Family Services will continue to serve our community as well. We are also in continuing discussions with our 3 to PhD partners about what the second iteration of the initiative should look like.

We will be in touch as more news becomes available. In the meantime, we hope you will join us in wishing the best for our partners and friends at Concordia who are directly impacted by today’s announcement.”