Boise Planning and Zoning on Monday night rejected a proposal to rezone the Travis Apartments on West Bannock Street to make way for a newer apartment building that would include condominiums. 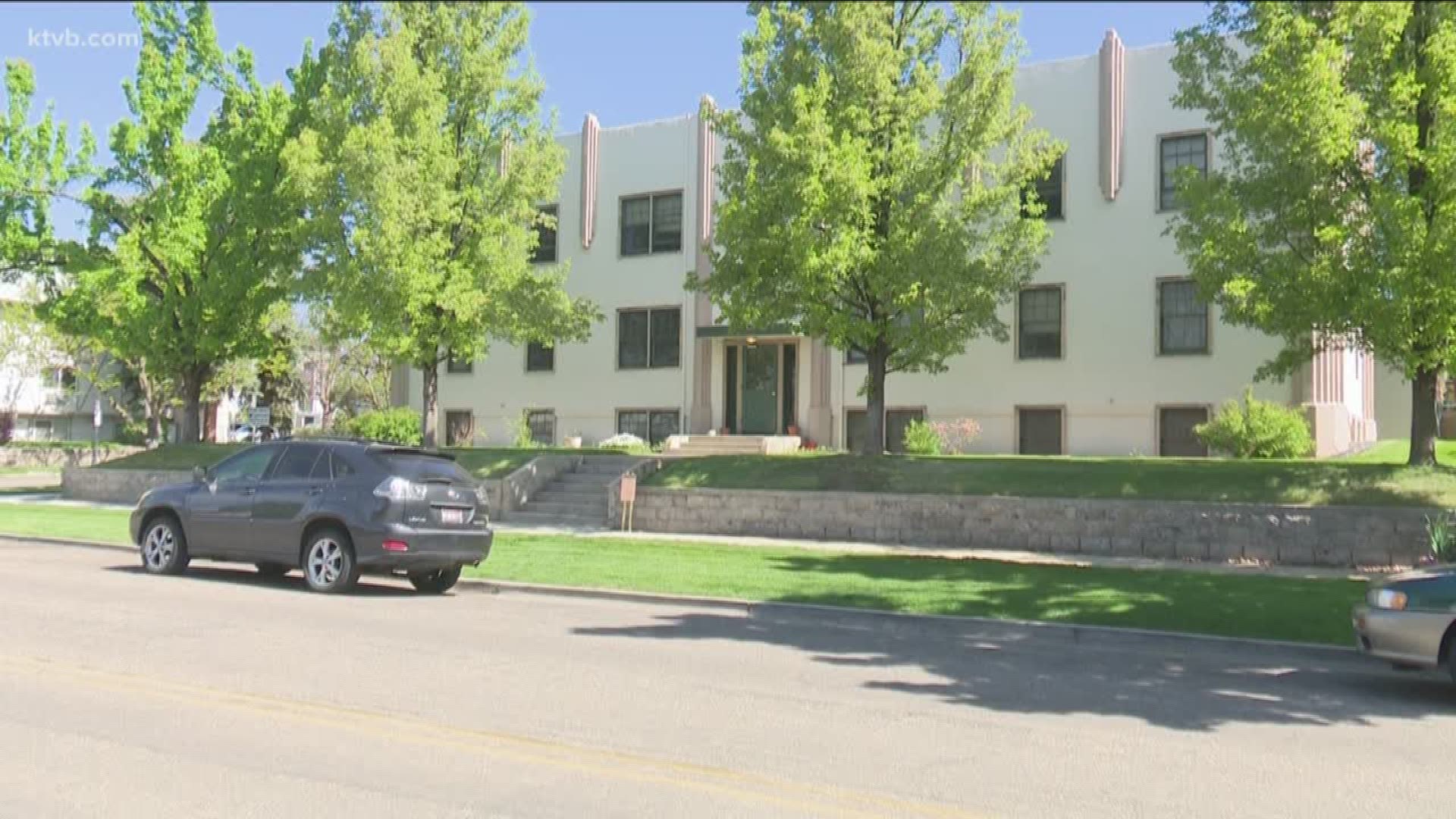 BOISE, Idaho — Could the old be making way for the new near downtown Boise?

That was the issue before Boise City planning and zoning commissioners Monday night as the board heard from several community members about what many believe is a historic building.

The Travis Apartments on West Bannock Street have been around since 1937. It's a three-story, Art Deco building with 10 units.

But a proposal to rezone the property would allow for a brand-new, five-story building with 22 units to be put in its place. Some of those units would also be converted to condominiums.

Currently, the property is zoned as general commercial. But at Monday night's commission meeting, city staff told the commission they don't feel that type of zoning is compatible with the current property.

The proposal would be to rezone it to residential-commercial, and allow for the taller building and other changes.

Creed Herbold has owned the property since the early 2000s and believes the property as a whole could be put to more efficient use.

“The building only sits on 20 percent of the lot," he said. "The building is under-utilizing the potential of this great lot.”

But the majority of public testimony and public input sent to the commissioners spoke against changing the property.

Many in the community feel the building is historic and should remain as is. Others feel adding new, modern units would eliminate what little affordable housing Boise has left.

The group Vanishing Boise, which works to preserve the community amid frenetic growth, feels it would hurt the city to tear down the Travis Apartments.

“I think this is going to open the floodgate for Boise’s second demolition epidemic," said Lori Dicaire, founder of Vanishing Boise. "The first one happened in the 80s. People might remember - it made national news. Boise was known as the city that almost eradicated itself and the same thing will happen again.”

A representative for the West Downtown Neighborhood Association said the group was split among those in the community: some were for the rezone, some were against, and some supported it but with conditions.

Some believe rezoning the area could bring benefits to downtown, like more housing options and potential to attract business.

After hearing from all sides, the commission voted 4 to 2 against the rezoning, meaning it will not make a recommendation to the Boise City Council to approve it. The rezone application will still go before the Council for discussion in the next several weeks.